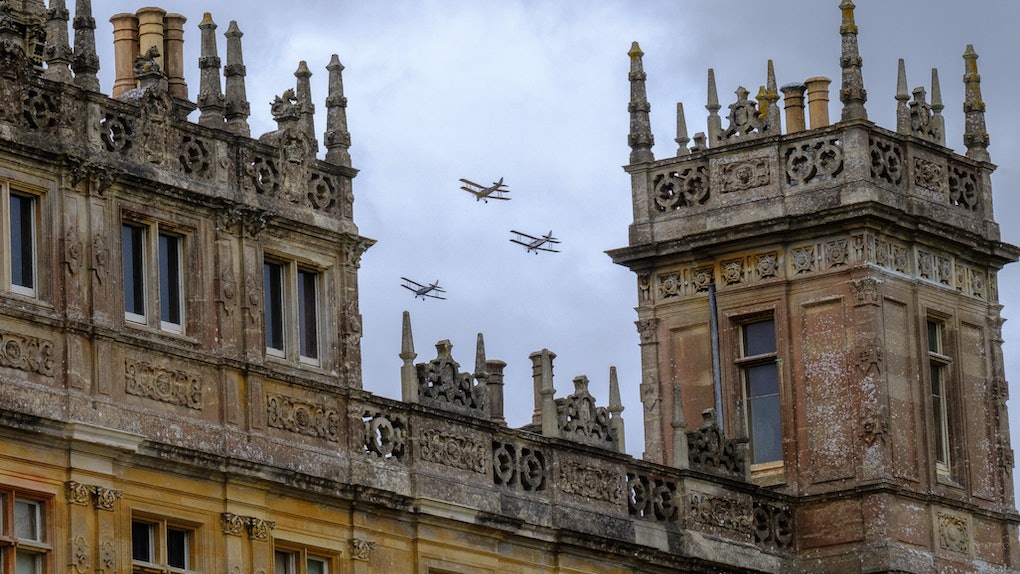 Fans of Downton Abbey have been over the moon in the last few weeks, since the announcement of the forthcoming movie next year. This fall, the estate standing in for the house, Highclere Castle, is closed for filming. On their last weekend open (Sept. 8-9) huge crowds attended, many in 1920s era Downton cosplay. But according to the owner, Lady Carnarvon, these crowds have nothing on when the castle first opened to the public. That's because the real-life story of Downton Abbey’s Earl is one the show couldn't hope to beat.

Most fans of the show think of the owner of Downton as Robert Crawley, the 7th Earl of Grantham. Born in 1866, he married Cora Levinson, whose money funded the estate. But the real owner of Highclere during this era was George Herbert, the 5th Earl of Carnarvon. He too was born in 1866, and like Robert, he married an American heiress (a Rothschild byblow) who not only paid off the estate debts when he married her but also brought a vast dowry as well.

In the show, Robert wastes Cora's fortune by investing in railroads. But the real Earl had a different obsession. He was crazy about Egypt and potential archaeological finds. Known as an "Egyptologist," Carnarvon sponsored archaeologist Howard Carter, who spent the next decade and a half digging in the Valley of the Kings, turning up small burial sites. When Highclere opened to the public in 1988, it did so with an exhibit of Egyptian artifacts the Earl had owned, never displayed before, drawing crowds more massive than the show does today.

Then, in 1922, Carter's explorations turned up one of the last significant Egyptian discoveries of the era: The Tomb of Tutankhamun.

Unlike Crawley, Carnarvon was not hale and healthy. He was confined to a chair by his mid-50s. But this didn't stop him from booking passage to Egypt, arriving in early 1923 to witness the opening of King Tut's tomb. It was completely untouched, filled with historical finds that made the names of both his family and of Carter legendary in the archaeology world.

Unfortunately, Carnarvon never made it home. He was bitten by a mosquito and died less than two months after the tomb opened. It seemed at the time as if he had seen Tut's burial chamber, only to be felled by a mysterious fever directly afterwards.

People began whispering Carnarvon had been cursed by the spirits inside the chamber. Sir Arthur Conan Doyle (the Sherlock Holmes author), who was a great believer in the occult, grabbed hold of this idea and told a newspaper at the time he believed the Earl was felled by the "elementals" inside the tomb.

Doyle's fame as a writer made the story go viral. The idea of "The Mummy's Curse" took hold in the imagination of storytellers, especially those in the brand new medium of movie-making, where the story is still be retold today.

One might say the 5th Earl's death is accidentally responsible both for one of the best movies of Brandon Fraiser's career and one of the worst of Tom Cruise's. Now that's a story Downton Abbey could never beat.

More like this
10 Quotes From Netflix's 'Enola Holmes' That Are So Freaking Relevant
By Rachel Varina
'Downton Abbey 2': Release Date, Cast, Trailer, Photos, & More
By Ani Bundel
What's Coming To Netflix In May 2021? Lots Of Action & Drama
By Ani Bundel
Stay up to date