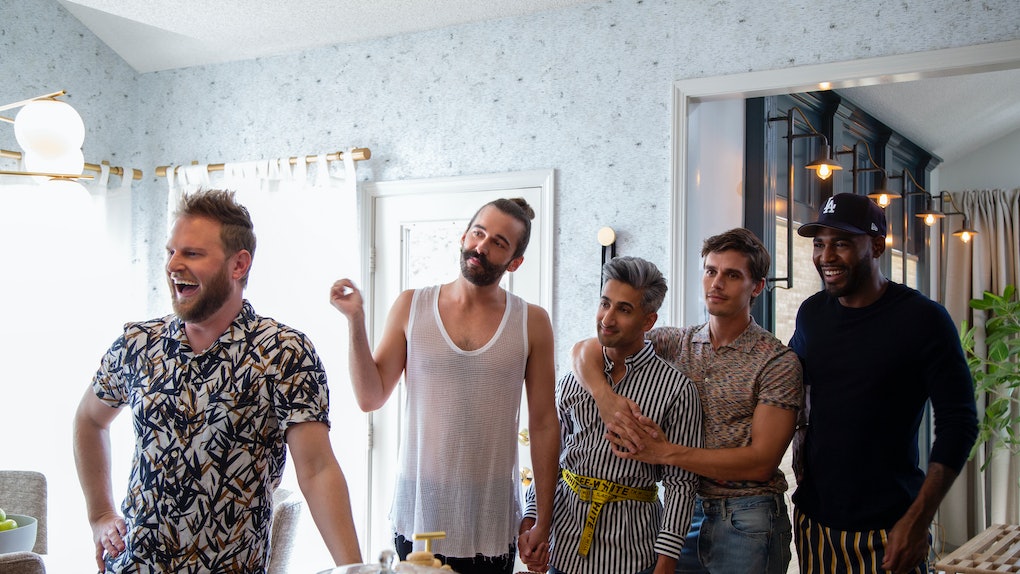 Get ready to shed some happy tears, because we're one step closer to seeing a new season of the Netflix hit Queer Eye. The Fab Five are due back on the streaming service later this month, and the Queer Eye Season 3 trailer is here to brighten your day ASAP. Can you believe we're this close to the premiere?

Hitting Netflix on March 15, Queer Eye Season 3 promises the same dose of life-affirming makeovers and confidence boosts that made the first two seasons incredibly bingeable. Leaving their home turf of Atlanta this year, the five stars are now bound for Kansas City, Missouri, to tackle brand new territory in their goal of helping people discover their best selves. Fresh off its Emmy win for Outstanding Structured Reality Program, Queer Eye and its leading men may be handling some firsts in Season 3, but this preview footage makes it feel like the show never left our screens.

The trailer introduces fans to some of Season 3's special subjects, including the show's first lesbian and first duo makeover. Highlighting others' struggles with drinking and loss, the opening moments then fixate on a guest saying, "I feel like I don't belong." Grooming expert Jonathan Van Ness pops up to quip, "Absolutely not."

No surprise, but he, Antoni Porowski (food and wine guru), Bobby Berk (interior design expert), Karamo Brown (culture), and Tan France (fashion) are swooping in to deliver the basics on much-needed self-love to these brave heroes.

The trailer also showcases snippets of the Fab Five's life advice. France advises viewers to ask for help at low points, while Porowski reminds them that they're not invincible. Complete with group hugs and heartfelt smiles, the promo teases out makeover moments that will definitely have me crying when the full season drops. One woman's voiceover says, "It took me my whole life to realize it's beautiful and sexy to care for yourself."

We're also due for amazing reactions to the heroes' transformations. Whether it's the person's family reacting or just the stunned Fab Five, it looks like fans are in store for changes worth a happy tear or two.

Other than meeting new people in need, we can expect the same traditional format on Queer Eye that captured our hearts at its beginning. In an interview with E! News, Berk implied that any drastic changes were unnecessary, saying:

The cast has also promised more diversity among its subjects in Season 3. Brown previously told E!, "If you didn't see yourself, there's a strong possibility that as we go forward you'll see yourself."

The month of March can be long and gloomy, so here's to the Fab Five arriving just in time to brighten our moods. Season 3 of Queer Eye debuts on Netflix on Friday, March 15.