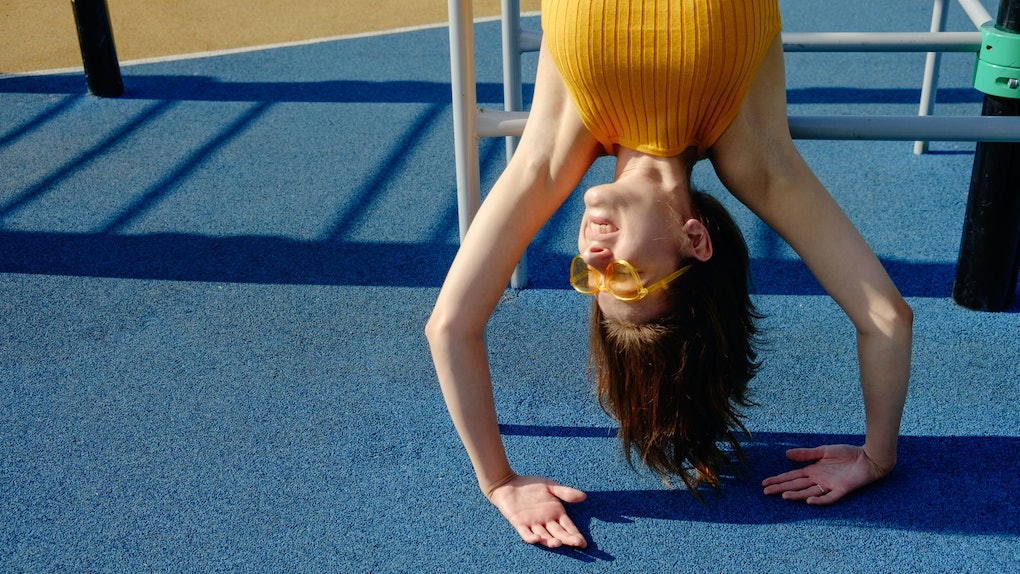 The Physical Benefits Of Playing Tennis Might Just Help You Live Longer, A New Study Shows

Aside from my slight obsession with Serena Williams and literally everything she does, I kind of don't know a single thing about tennis. Like, what's the difference between a game, set, and match, again? And how does anybody (aside from my girl Serena, obv) have the hand-eye coordination and patience to actually pursue this sport? Well, TBH, I'm not quite sure what the answers are to those specific questions, but what I do know is this: The physical benefits of playing tennis might just help you live longer, according to the results of a new study. So you might want to brush off that old tennis racket your aunt gave you all those years ago for your birthday.

For the study, which was recently published in the medical journal Mayo Clinic Proceedings, a group of international researchers who were interested in the relationship between exercise and lifespan looked at data from the Copenhagen City Heart Study, which, according to The New York Times, is an "ongoing attempt to track the lives and health of thousands of men and women in Copenhagen." That data included the results of health exams people in the Copenhagen study had taken, as well as questionnaires they'd filled out about their overall lifestyles, which asked questions about a whole slew of things related to their well-being, including whether or not they played any sports or did workouts that are common in Denmark, such as running, cycling, soccer, swimming, and yes, tennis.

The researchers narrowed down the data to that of nearly 8,600 people from the original Copenhagen study, and The New York Times reports that they "cross-referenced records with the national death registry to see if and when any of these people had passed away."

Ultimately, the researchers' data yielded a lot of interesting findings, but one of the most surprising results was that people who said they regularly played tennis were found to have unknowingly added almost a whole decade to their overall lifespan, far surpassing the results associated with other sports and workouts. For instance, researchers found that running appeared to increase lifespan by about three years, while bicycling seemed to lengthen a person's life by a little less than four years. But, again, those numbers have nothing on the ones associated with tennis. In other words, I'm pretty sure Serena Williams is just immortal at this point, y'all.

All jokes aside, though, when you look more closely at this study, you'll realize that what the researchers are really concluding from this data is that, along with tennis, group sports of any kind seem to be amazing for both your physical and mental health. “We know from other research that social support provides stress mitigation,” Dr. James O’Keefe, a co-author of the study and the director of preventive cardiology at the Mid America Heart Institute at Saint Luke’s Health Center in Kansas City, told The New York Times in an interview. "So being with other people, playing and interacting with them, as you do when you play games that require a partner or a team, probably has unique psychological and physiological effects."

O'Keefe's notion here is supported by the fact that, according to the study, both badminton and soccer (also group sports) followed closely behind tennis in their ability to increase a person's lifespan.

Honestly, when you think about it, this all makes total sense: Working out and/or playing sports, in general, is obviously good for you. But when you're able to do these things alongside people who have the same (or at least similar) goals as you do, the benefits are even better.

And, as you might guess, this definitely isn't the first study to demonstrate these benefits. Another study, published in The Journal of the American Osteopathic Association, revealed that group workouts, like cycling or Zumba classes, provide so much more than just physical benefits, as they support mental and emotional health, too. What's more, this particular study involved a group of medical school students, and even the press release for the research described the participants as "a group known for high levels of stress and self-reported low quality of life." So, if group fitness can lift their spirits, imagine what it could do for you, too.