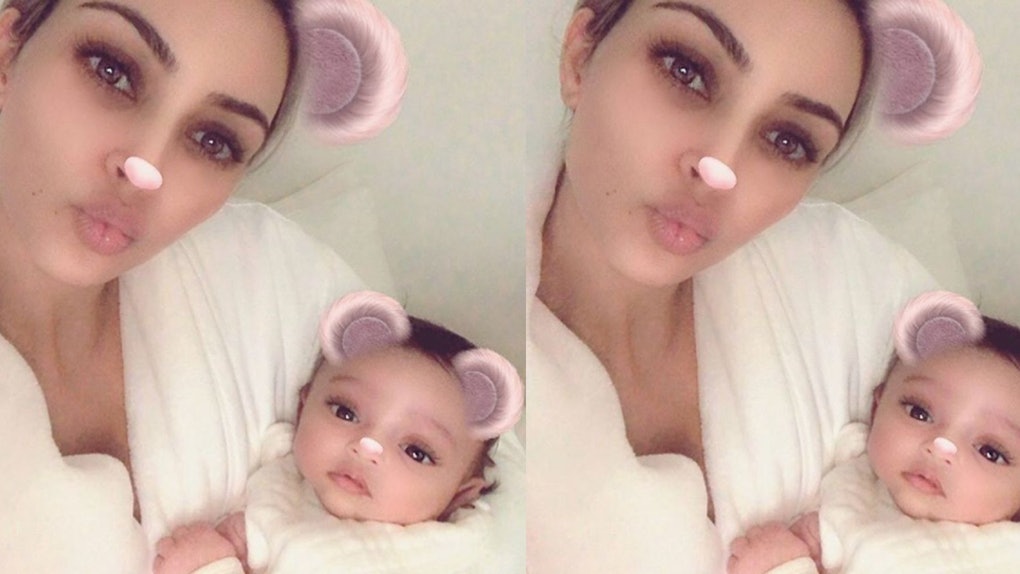 Chicago West just turned a year old and her family obviously made sure her special day was filled with lots of cake, fun, and movie characters! Chi’s mom, Kim Kardashian, shared some snaps from her daughter’s first birthday on Instagram and the party had an Alice in Wonderland theme! Kardashian, of course, made a play on words and described the party on Instagram as an “Alice in One-derland themed party.” Too cute! The photos of Chicago West's "Alice In One-derland" birthday party are totally adorable!

Kardashian shared new photos from the party to her Instagram on Tuesday, Jan. 29. In them, you can see little Chicago running around in a light-colored dress and black boots, cuddling with her mom, enjoying the company of Alice in Wonderland characters, and playing with balloons! There’s also a photo with what looks to be cake smeared on her face! All in all, it looks like Chi’s party was lots of fun and everyone seemed to be having a great time.

“My baby Chicago turned 1 this month and we threw her an Alice in One-derland themed party 🌹🌹🌹,” Kardashian captioned the post.

Kardashian really did go all out for this party. You can check out the photos of Chicago West's 'Alice In One-derland’ birthday party down below:

As you can see, Alice made an appearance at the party, as did the Mad Hatter and the Red Queen. And if you look closely, you can spot the Cheshire Cat (in stuffed animal form!) in the photos. So cute!

In recent days, Kardashian has been sharing details about the party, which actually happened on Jan. 19. She shared some videos to her Instagram Story and those were picked up by fan account kimkardashiansnap. Take this video, for example, where Kardashian tries to explain to little Chi that it’s her birthday:

And this one where the proud mom shows off Chicago’s cake and other treats:

How awesome is that cake, though! All the little details on it are amazing. That’s true art, if you ask me!

There’s also a video of all the kids playing chess with the Alice in Wonderland characters:

And here’s a more in-depth glimpse of what the party entailed:

There’s also a video of Chicago’s family and friends gathered around the cake singing “Happy Birthday.” It’s a very sweet video and you can even see her dad, Kanye West, if you watch closely!

Kardashian clearly put a lot of thought into Chi’s first birthday party. I mean, there were so many small details that made the whole thing come to life. From the maze inside the house to the Cheshire Cat on the cake, Kardashian and her party planner really went wild. But the kids seemed to really enjoy it and I think it’s probably safe to say the adults did, too! It looked like tons of fun.

Overall, it seems like Chicago had a wonderful birthday. Even though she’s probably too young to retain any of these memories, she’ll at least be able to look back on this and say she had a really fantastic party and that her family put a lot of love into it!