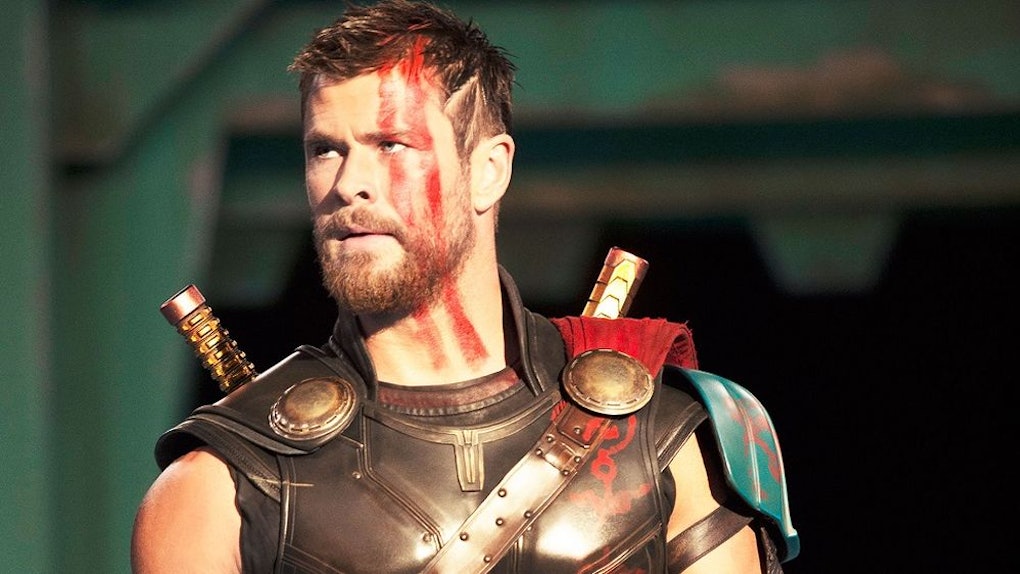 The wait for Captain Marvel was a long one. The movie was first announced in 2014, as part of the latter half of the Marvel Cinematic Universe's Phase III. Originally slated for July of 2018, the film bounced back, and then back again, as Spider-Man entered the mix, plus the addition of a second Ant-Man film. However, Captain Marvel was always supposed to land post-Avengers: Infinity War, as the original Captain Marvel post-credit scene shows.

By now, most fans have either seen the film or heard there are two post-credit scenes as part of the Captain Marvel ending sequence. One features Goose and reveals how Nick Fury got the Tesseract ahead of the events of the first Thor movie. The other is a direct link from Avengers: Infinity War to Avengers: Endgame. Fans heard rumors Brie Larson was on set during the filming for Infinity War and were upset Marvel cut her character from the film. It turns out Larson was on set to film this post-credit sequence only, and not there to shoot Infinity War proper.

However, fans are now learning the writers of Captain Marvel had initially considered another post-credit sequence, one that tied back to a different MCU film altogether, 2017's Thor: Ragnarok.

Captain Marvel's final fight scene isn't much of a battle. Carol Danvers finds herself facing down Yon-Rogg (Jude Law), her former mentor, who lied and betrayed her, keeping her powers suppressed even as he claimed to be honing them. When Yon-Rogg attempts to get her to go mano-a-mano with him, she responds by blasting him into a rock and then dragging him bodily across the desert to throw him into his ship.

She powers up the engines and shoots him into the sky, but not before telling him when he gets back to the Kree homeworld to warn the Supreme Intelligence she's coming for them.

The original post-credits sequence revealed what happens to Yon-Rogg after this encounter. Speaking to Empire Magazine, directors Anna Boden and Ryan Fleck explained their idea was not to have Yon-Rogg make it home at all.

There was an idea on the table about having Jude Law […] emerge from his pod on Sakaar and then have him look around and see the Devil’s Anus behind him and wonder, ‘Where the hell am I?'

Sakaar, as fans will remember, is the artificial planet made of trash ruled by the Grandmaster when Thor finds Hulk.

As funny as it would have been to suggest Yon-Rogg's fate was to fight to the death for the amusement of the Grandmaster and his sycophants, the reality is, this ending would have served nothing. In the end, most fans don't care what happened to Yon-Rogg. Like Danvers, the story has moved on from him and his nonsense.

Viewers are far more interested in seeing Captain Marvel arrive at Avengers HQ post-snappening ahead of Avengers: Endgame, and getting more time with Goose hairballing up the Tesseract all over Fury's desk.