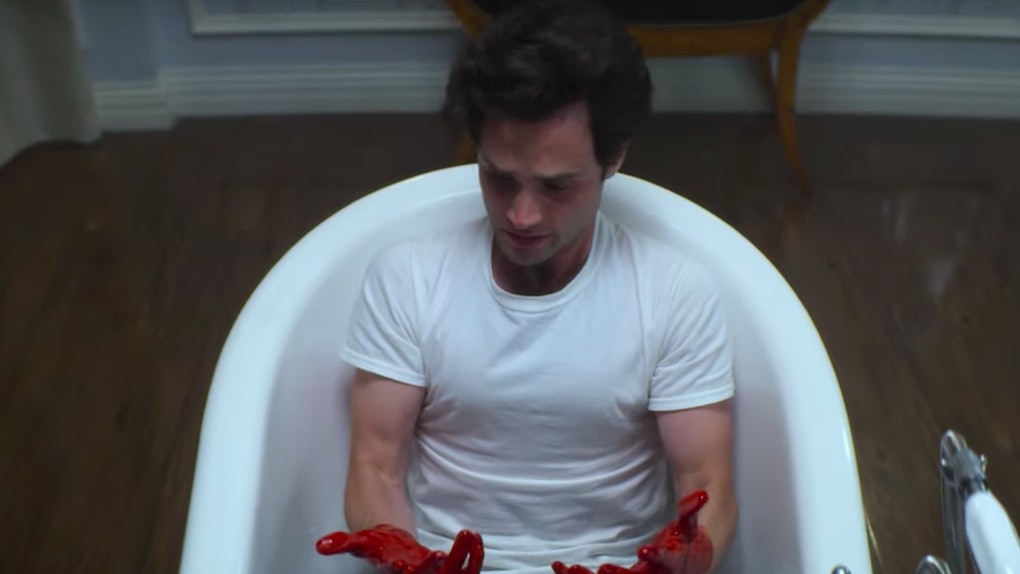 It may be a new city, but it's the same old Joe Goldberg... er, actually, make that Will Bettelheim. Netflix dropped its first full look at the upcoming second season of You, and although Joe has changed his name and moved across the country, the footage makes it clear he has not given up his favorite hobbies: stalking and murder. The new You Season 2 trailer teases a new target for Joe, but also teases he will meet his match in his returned-from-the-presumed-dead ex, Candace.

Throughout Season 1 of You, Joe's ex-girlfriend Candace was believed to be dead, the probable first victim of his love-turned-murder. But in a finale shocker, an apparently very alive Candace showed up in Joe's bookstore, telling him they have a lot to talk about after he got away with his murder of Beck. Clearly, there is a lot to Candace's story neither viewers nor Joe know about, and the newly released Season 2 trailer emphasizes just how important she will be in the new episodes. Clips from the trailer show Candace confronting Joe, ominously saying "You did it again, didn't you?" and even lunging at him with a knife — all of this while text on the screen indicates Joe may have finally met his match. So get ready for a massive Joe and Candace showdown, You fans.

The other hugely important character in the trailer is the aptly named Love, who becomes Joe's new obsession in Los Angeles. In the same way Joe fixated on Beck in Season 1, it seems clear he will also quickly develop unhealthy feelings for Love in Season 2.

Scenes from the trailer show Joe and Love getting seriously hot and heavy, making out and then jumping in bed together. But there also seems to be tension with Love's brother Forty, who asks Joe, "What are your intentions with my sister?"

He may or may not know it, but Forty definitely has reason to be worried. Some of the most shocking scenes from the new trailer reveal Joe's penchant for murder has not gone even after his cross-country move. One scene shows Joe sitting in a bathtub with blood covering his hands, and at the end of the trailer viewers see Joe has rebuilt his glass cage from the bookstore basement in LA, and a bloodied body is lying on the floor of it. It looks like Joe has struck again... but is anyone really surprised by that?

Check out the full trailer for yourself below.

Get ready to spend the day after Christmas following Joe's twisted new love story, because You Season 2 hits Netflix on Dec. 26.