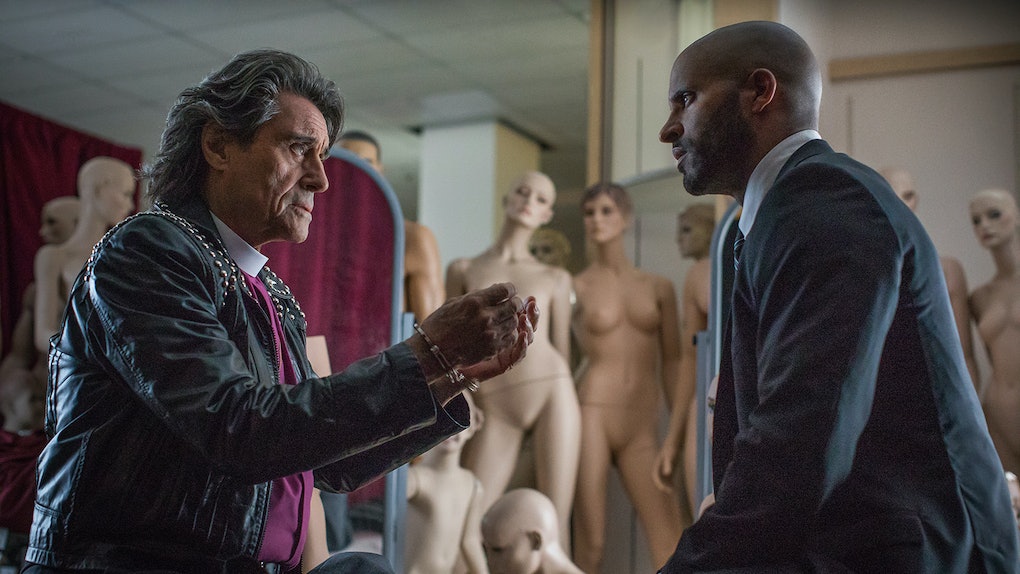 It's been nearly two years since the first season of American Gods debuted on STARZ. The critically acclaimed series was an instant cult favorite, especially for fans of showrunner Bryan Fuller. But something happened on the way to the next season: Fuller's scripts were rejected, and he left the show. The search for a replacement took longer than anticipated, and filming for the new season didn't get underway until midway through 2018. Fans are understandably nervous over these changes and delays. But the new American Gods Season 2 trailer suggests though the show may be different, the heart of the story hasn't changed.

American Gods is based on the best-selling novel by Neil Gaiman. Season 1 covered about the first third of the book, in what functioned as a long setup and introduction. Shadow, who was recently released from jail, where he did time for his wife's failed plot to rip off the casino where she worked, arrives home to discover she just died. On the way to the funeral, he meets one Mr. Wednesday (Ian McShane) who convinced Shadow to come work for him.

But Mr. Wednesday is not just some weird old grifter out hiring bodyguards. He is one of the ancient gods who was brought to America by early settlers when the Vikings first landed on these shores. As the descendants of these true believers lose their old religion, gods like Wednesday have fallen on hard times.

The synopsis for the second season is as follows:

We were forged in God’s image, but the Gods are also made in ours — and in Season Two the battle moves inexorably toward crisis point as the destinies of gods and men collide. While Mr. World plots revenge for the attack against him in Season One, Shadow throws in his lot with Wednesday’s attempt to convince the Old Gods of the case for full-out war, with Laura and Mad Sweeney in tow. A council at the House on the Rock explodes into chaos, sending deities both Old and New on quests across America that will converge on Cairo, Illinois: forcing Shadow to carve out a place as a believer in this strange new world of living gods — a dark world where change demands commitment, and faith requires terrible sacrifice

When Season 1 left off, Mr. Wednesday was on his way to meet with several other old gods like Mad Sweeney, a leprechaun, and Mr. Nancy, the Ghanaian trickster god, who had found themselves fallen by the wayside, replaced by new idols. His mission is to convince these ancient deities to join forces and take back their followers from the new gods who displaced them, like Media and Technical Boy.

Some of the old gods have already agreed to join up, like Easter, who is tired of hitching her star to the many Jesuses (Jesi?) who have taken over her holiday. Others have rejected him, like Vulcan, the god of fire, who remade himself into the god of guns.

The big question for Season 2: Which side will you worship? American Gods Season 2 arrives on STARZ on March 10, 2019. Each episode will be available for streaming on Amazon Prime the day after it airs.