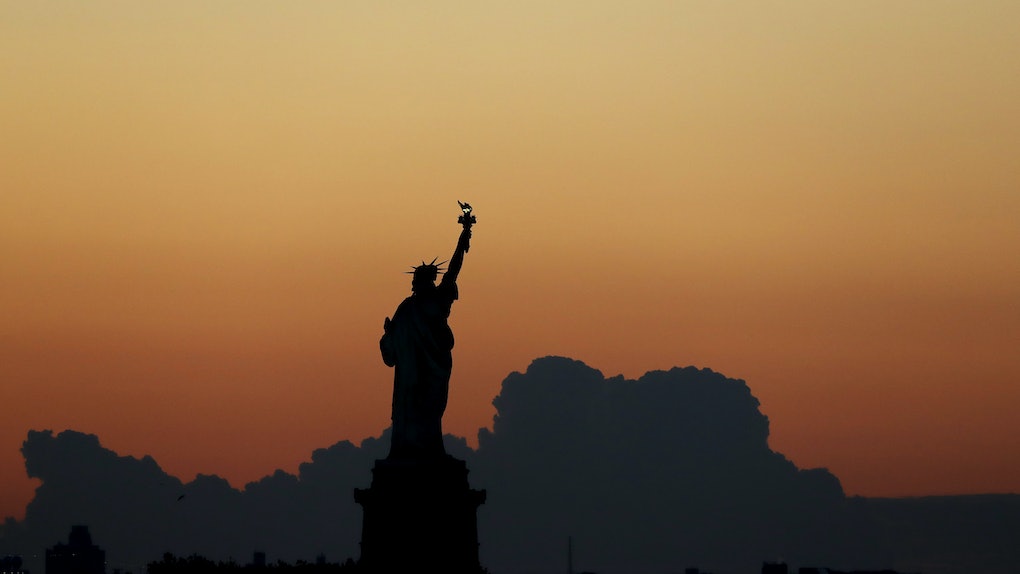 I don't know about you, but I always click on Instagram geotags. Yes, it's partially because I'm nosy, but it's also a great way to find new places to visit, whether it be a restaurant, a museum, or a whole city. Clicking on posts' locations has even helped me brush up on my geography skills. Seriously, I learned where Marrakech is from an Instagram post (it's in Morocco, btw). Instagram gathered their data on the most Instagrammed cities of 2017, and they'll give you so much wanderlust. I'd be lying if I said I wasn't looking at flights right now.

When someone tags their location in a post, you get to see their current location through their eyes. There's something really special about being able to see what excites them in particular about that place. It could be a well-known monument that totally surpasses their expectations, or a hole-in-the-wall restaurant that they just so happened to stumble upon. You'll find both in the location tags for all of these cities. You'll also get to look at them through the eyes of the people who live there, which is equally as cool. Be sure to explore them the next time you're aimlessly scrolling Instagram. Who knows, the photos might inspire you to plan your next trip. Bon voyage!

Whether it's NYC Pride, Panorama Music Festival, the Rockefeller Center Christmas Tree, or a simple street corner, there's always something to see in the concrete jungle. Hey, they don't call it the greatest city in the world for nothing.

Moscow is home to nearly 12 million people — versus New York City's 8.5 million — making it the largest city entirely on the European continent (aka, there's probably lots of native and visiting 'Grammers). Plus, the architecture is world-renowed, and there are 27 square meters of parks per person, making it Insta-worthy for people of all aesthetic preferences.

London contains the world's largest city airport system, so clearly, lots of people are heading across the pond and posting on the 'Gram every day. With the London Eye, Big Ben, and Buckingham Palace, it's hard to choose which landmark is most Instagrammable. But then again, who said you have to choose?

Unlike the first three cities, which all have their fair share of brutal winters, São Paolo's subtropical climate makes it the perfect place to post a haha-I'm-wearing-shorts pic in the middle of February. I can't promise I won't hate you for it, though.

In case you need a reminder of why this city is on here, allow me to refresh your memory: Versailles, the Arc de Triomphe, and oh yeah, the Eiffel Tower, which also happens to be the fourth most Instagrammed location of 2017, according to data acquired by Elite Daily.

As much as Los Angeles is a metropolis, the laid back vibes, seemingly constant sunshine, and sky-high palm trees make everything feel more beachy and picturesque, even if you're stuck in traffic. There's nothing like golden hour in La La Land. Oh and, hello, Disneyland!

The second largest city in Russia, Saint Petersburg is more modern than Moscow, offering a number of photo ops for a younger generation of travelers looking to document their adventures online. And for those who love to capture a city's history, there are palaces and cathedrals galore.

Jakarta serves as a melting pot of cultures and communities from surrounding areas. The rich diversity of the city can be seen in its wide range of architectural influences as well as its cuisines. No matter your definition of beauty, you're sure to find it in this city.

Istanbul's religious history offers a number of sacred landmarks and sites to capture, with absolutely no filter necessary. Plus, it is home to the 14,000-acre Belgrad Forest, making it totally drool-worthy for #nature lovers, too.

Barcelona, like Paris, is known for its art — but you also don't need to set foot inside a museum to see it. The stunning architecture alone spruces up any feed. The Cheetah Girls were really ahead of their time.

More like this
What Is Boo Bash At Disney World? The Halloween Event Has Rides, Music, & Themed Treats
By Cianna Garrison
These Tweets About How "Cheugy" Was Sold As An NFT All Point Out This 1 Thing
By Daffany Chan
These Memes About Being "Cheugy" Include Some Hilarious Realizations
By Cianna Garrison
Stay up to date