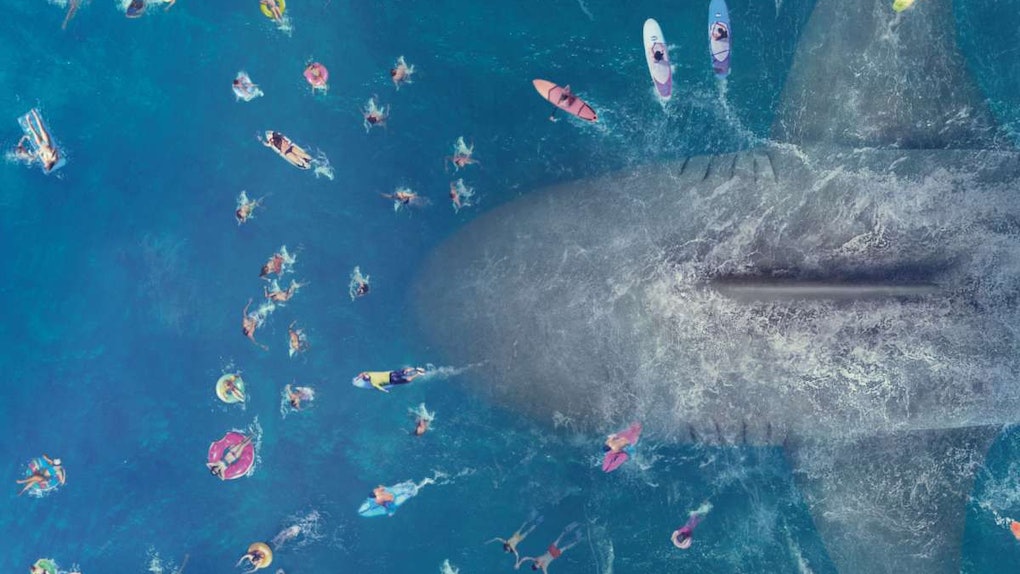 'The Meg' Ratings Are Making A Serious Splash Among Movie-Goers

Jason Statham spent the weekend swinging around a harpoon, and moviegoers apparently loved it. One of the stars of The Fast and the Furious franchise, Statham has been repurposed from his earlier roles as a criminal/hitman/mercenary prior to entering The Fast and the Furious movies to a good guy hero, ready to take down a shark that makes Jaws look like Nemo. But for those who might have been concerned that Statham trading out his usual handgun for a harpoon gun might have depressed his audiences, there's nothing to worry about. The Meg's ratings this weekend exceeded all box office expectations.

Not that The Meg did well with the reviewer crowd. My own take was it was fun as long as Statham was front and center, but otherwise fairly forgettable. I was not alone. According to Rotten Tomatoes, the review ratings for The Meg were under the 50 percent line, registering with a 49 percent splat. One of the arguments against it was the film's obvious fishing for a PG-13 rating, meaning there was a whole lot less blood, gore, and horror than most expected walking in.

But reviewer's opinions didn't bother the film's fans, which rated it with a 61 percent fresh popcorn score.

The box office ratings from the weekend reflected audience enthusiasm for the Statham vs. Shark showdown. The forecast for The Meg's box office chances was somewhere in the $25-30 million range going into Thursday night previews. But when the overseas box office in China (where the movie is set) was added in, the result was a whopping $146.9 million.

...the #1 film at the weekend box office was WB's 70-foot shark The Meg. The film brought in $45.4 million domestically, nearly double BoxOfficeMojo's weekend forecast. Heading into the weekend, the most optimistic expectations were around $30 million, which puts into perspective what a massive performance this is. The debut gives director Jon Turteltaub the largest opening of his career, and, outside of his films in the Fast & Furious franchise, this is star Jason Statham's largest opening ever.

As mentioned above, The Meg was set in China and was co-produced by both Warner Brothers and Chinese film producers Gravity Pictures. They are not the first film to try and combine to of the planet's most massive audiences with one movie. But previous attempts, which include The Great Wall, Warcraft, and The Foreigner, have not been able to get the balance right to have the film hit big on both sides of the ocean at the same time.

One industry exec says in the current era 'it’s the most balanced success I’ve seen. If you can make something work in both (the U.S. and China), the rest of the world will follow. It’s the ultimate Venn diagram.'

The beach forecast for The Meg 2: More Meg For Your Money just clocked in with smiling sunshine emojis. Clearly, it pays never to underestimate a giant shark.