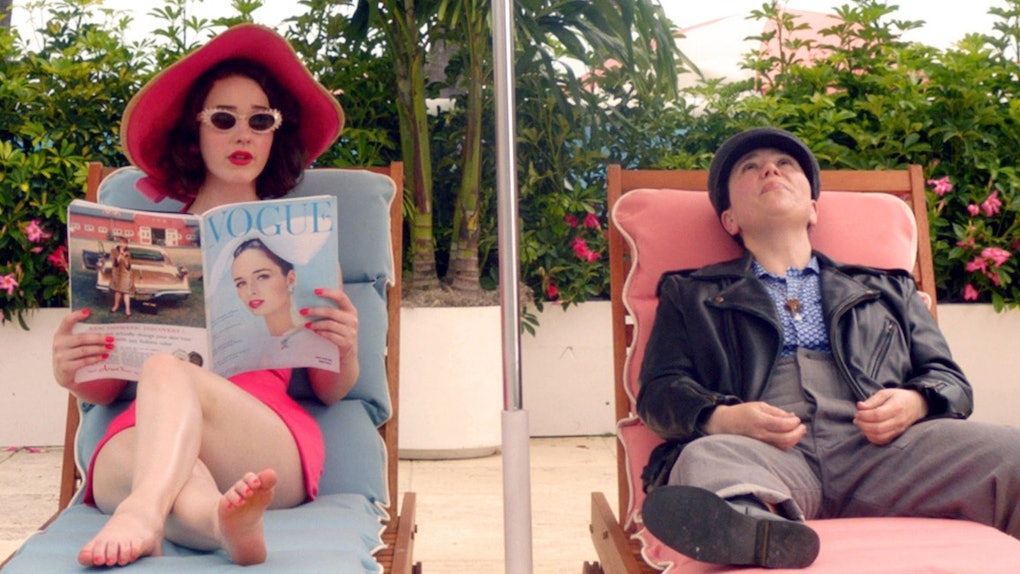 The 'Marvelous Mrs. Maisel' Season 3 Teaser Is Here To Make Your Day

It may be months before the holiday season, but Amazon Studios is handing out the gifts early. With the sophomore series of The Marvelous Mrs. Maisel riding into the Emmys next month with no less than 20 nominations, the streaming service has announced a launch date for Season 3. Along with a premiere date, there's also the Marvelous Mrs. Maisel Season 3 teaser, which gives fans their first look at the old girl on tour.

When Marvelous Mrs. Maisel Season 2 finally concluded, there was good news. After 10 episodes waiting for Miriam (Rachel Brosnahan) to make up her mind about her next steps. Uncertain whether or not to leave her middle-class 1950s Jewish New York world, Mrs. Maisel finally realized that to grow meant to go. She accepted the offer of crooner Shy Baldwin (Leroy McClain) to head out on a tour of the U.S. and Europe as his opening act. Now it's time to leave the city behind and make good on that experience outside her comfort zone, for good and for ill.

Much like Season 2, The Marvelous Mrs. Maisel filmed on location, though for the upcoming season, Paris was out. Instead, the series spent several weeks down in Miami, as befitting the places Midge will find herself visiting on tour.

As Maisel herself gushes, it could be the first of a million tours. Check out the trailer.

The synopsis for Season 3 is as follows:

Midge and Susie (Alex Borstein) hit the road with singer Shy Baldwin (Leroy McClain), traveling to Miami ⁠— where much of the season is based ⁠— and embarking on a USO tour to meet the troops.

The hit show from writer Amy Sherman-Palladino also now has a Season 3 premiere date, taking fans to Miami in the height of winter, with eight episodes arriving on Dec. 6, 2019. The show will also introduce several new faces, including This Is Us' Sterling K. Brown in "an undisclosed role," alongside Cary Elwes (Stranger Things) and Stephanie Hsu (The Path).

Of course, all the old favorites from Midge's world will also be back, including Tony Shalhoub, Michael Zegen, Kevin Pollak, and Marin Hinkle.