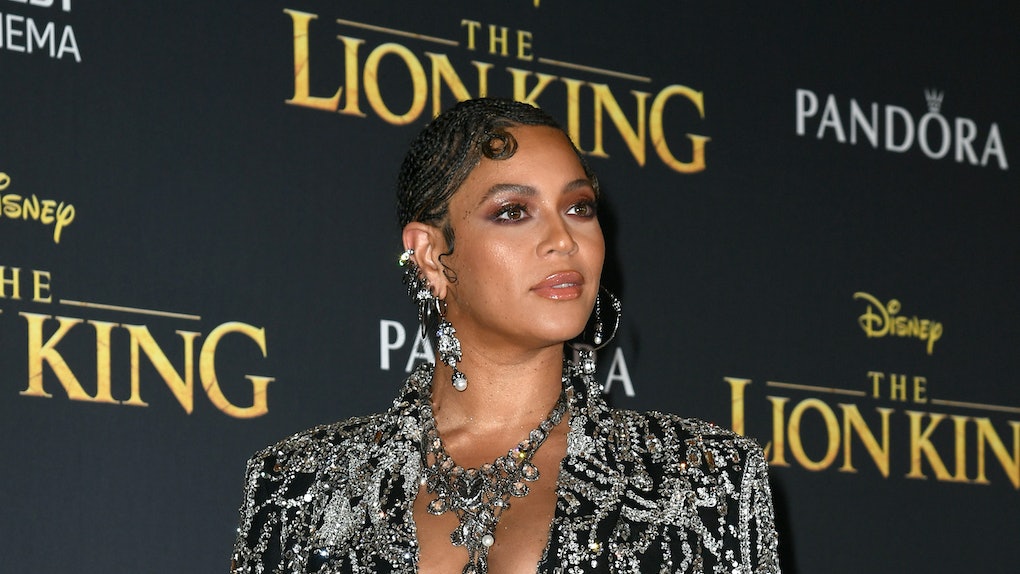 Disney's latest live-action remake The Lion King will follow in the footsteps of similar projects by combining the original film's magic with creative attempts to highlight the new cast's talents. This includes the film's music, which consists of updated versions of the original Lion King songs, as well as an album featuring new tracks that demonstrate the themes of the beloved story, curated and produced by Beyoncé. The artist dropped her own single from the album on July 9, sending fans into a frenzy. The lyrics to Beyoncé's "Spirit" in The Lion King are particularly powerful.

Beyoncé broke her typical streak of elusiveness when Disney announced on July 9 that the star, who is voicing Nala in the upcoming film, would curate and produce the album The Lion King: The Gift. On Instagram, Disney Studios described the project as "a new album of songs featuring global recording artists and steeped in the sounds of Africa." The news shortly preceded the release of Beyoncé's single "Spirit," which will appear on both The Lion King: The Gift and The Lion King film soundtrack.

Both albums are officially out on July 19, and "Spirit" is definitely powerful enough to fuel excitement for these releases. According to a statement from Beyoncé, incorporating music reminiscent of the original 1994 animated film was only one step in the making of "Spirit" and the other new songs. "This is a new experience of storytelling," she said. "I wanted to do more than find a collection of songs that were inspired by the film. It is a mixture of genres and collaboration that isn't one sound. It is influenced by everything from R&B, pop, hip hop and Afro Beat."

Beyoncé's new song emphasizes finding empowerment in dark times, a relatable message for many, regardless of how much they love The Lion King. The "Spirit" lyrics open with a call to nature, personifying wind as a force beckoning to someone:

Yeah, yeah, and the wind is talkin' / Yeah, yeah, for the very first time / With a melody that pulls you towards it / Paintin' pictures of paradise / Sayin' rise up / To the light in the sky, yeah / Watch the light lift your heart up / Burn your flame through the night, woah

As the song continues, its powerful message becomes even clearer. Beyoncé sings:

Yeah, yeah, and the water's crashin' / Trying to keep your head up high / While you're trembling, that's when the magic happens / And the stars gather by, by your side ... Spirit, watch the heavens open / Yeah / Spirit, can you hear it callin'? ... Your destiny is comin' close / Stand up and fight / So go into that far off land / And be one with the great I Am, I Am

Beyoncé and Lion King co-star Donald Glover already broke the internet when a recent ad for the film featured their performance of "Can You Feel The Love Tonight," but as she tends to do, Beyoncé has already topped that duet with "Spirit." Excuse me while I blast it during the lead-up to even more Lion King music, which is hopefully just as inspirational as "Spirit."

The Lion King is in theaters on July 19.

More like this
RM & eAeon's "Don't" Lyrics In English Are An Emotional Rollercoaster Ride
By Michele Mendez
What Is Coco Jones From 'Let It Shine' Up To In 2021? She's Doing It All
By Sydney N. Sweeney
Olivia Rodrigo & Joshua Bassett's "Even When/The Best Part" Duet Lyrics Are So Freaking Romantic
By Sydney N. Sweeney
Stay up to date