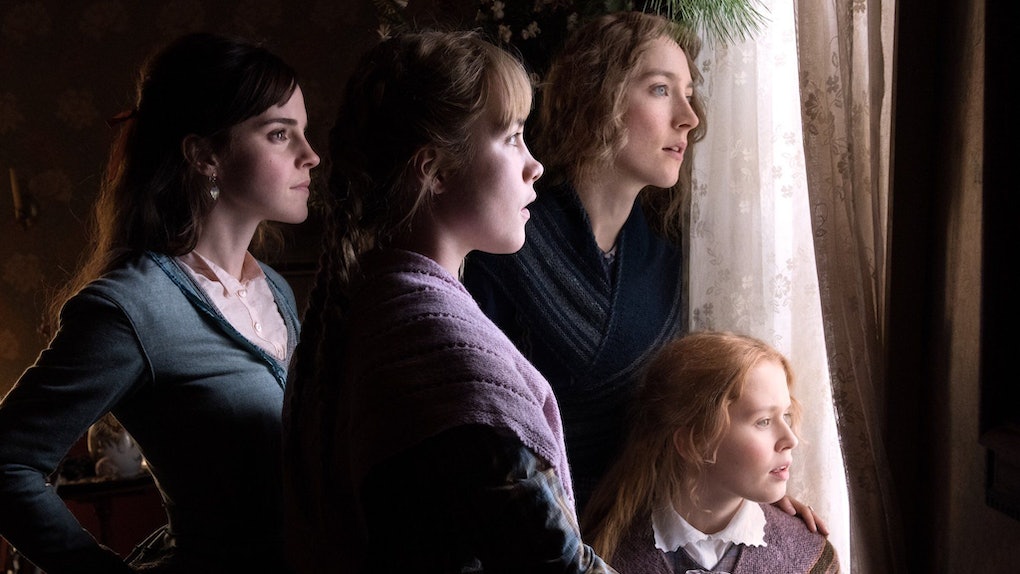 Little Women is a timeless story, one that's been told now for a century on film. (Really, the first silent film adaptations of Little Women came out in 1917 and 1918.) One hundred years on, viewers still can't get enough of Meg, Jo, Beth, and Amy, and their lives in Civil War-era New England. They're four girls living in genteel poverty just trying to survive while loving their tight-knit family. The latest adaptation for the big screen comes via Greta Gerwig and stars a ton of A-list faces. Better yet, the Little Women trailer suggests the film may also, for once, focus on all four sisters' stories.

Most versions of Little Women treat the story of four sisters as if everyone is equal, but some are more equal than others. It's a logical decision. Focusing on one character, usually Jo (who is author Louisa May Alcott's avatar), and making her the main heroine, is the most natural choice. After all, she doesn't get married until the very end; unlike Meg, she has hopes and dreams beyond hearth and home, unlike Beth, she lives (sorry, that's a spoiler), and unlike Amy, she actually succeeds in her desired profession.

But considering the sheer level of A-List talent Gerwig has put together for this adaptation, it seems like, for once, all four sisters will get equal time.

This film is wall-to-wall star power. Jo still is treated as the leading role. She's first on for the trailer, and she's played by Golden Globe winner/Oscar nominee Saoirse Ronan. Amy, who usually is treated like secondary lead because she's the one who wins the rich husband Laurie, is played by Florence Pugh. Pugh may not have the credit list of Ronan, but her turns in King Lear and Fighting With My Family make her one of 2019's most buzzed-about young actresses. If the footage of Black Widow shown at SDCC is anything to go by, this time next year, she'll be part of the Marvel movie A-list.

But then there's Meg. In so many adaptations, Meg gets short shrift, treated less like her own character than a foil for Jo to look good against. Then she marries John Brooke and disappears. But here she's not played by another secondary actress. Between eight Harry Potter films and 2017's Beauty and the Beast, Emma Watson has a box office cumulative number that no woman in her generation can match.

Add to that up-and-comer Eliza Scanlen (Sharp Objects) as Beth, Laura Dern as Marmee, and Meryl Streep as the terrifying Aunt Jo, and the film would already have enough star power to make it to the Oscars without a fight. But things don't stop there. Timothée Chalamet plays Laurie, Jo's BFF, who eventually marries Amy. (No, really, it's a good match!) John Brooke goes Hot Vicar by bringing in PBS' James Norton, and Bob Odenkirk, from Better Call Saul, is the gentle and kind Mr. March.

The only name fans won't recognize immediately is Louis Garrel as Jo's eventual husband, Professor Bhaer. But if these photos are anything to go by, everyone will have him on their mind come Christmas.