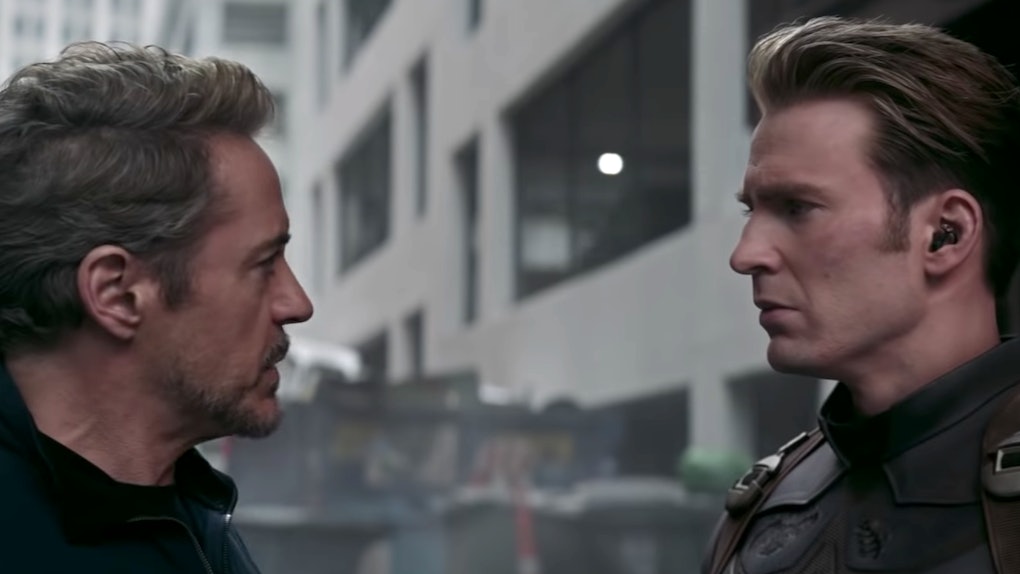 The Latest 'Avengers: Endgame' Trailer Includes A Time Travel Spoiler, According To Fans

When it comes to Marvel trailers, every single detail could potentially reveal a massive spoiler, and fans think that a moment in the new trailer for Avengers: Endgame may have confirmed a major theory about the new movie. One of the biggest predictions that fans have been throwing around about Endgame is that it will heavily involve time travel... but nothing has officially confirmed that theory just yet. However, some eagle-eyed fans think that the latest Avengers: Endgame trailer includes a time travel spoiler that confirms the theory.

Before we get into the trailer, let's go over the time travel theory that has become prominent among many Marvel fans. The major question going into Avengers: Endgame is how the remaining Avengers can reverse Thanos' snap to save their friends, and as far-fetched as it sounds, the most logical answer may actually be time travel. With the recent introductions of the Time Stone in Doctor Strange and the Quantum Realm in Ant-Man and the Wasp, time travel is a reality within the Marvel Cinematic Universe, and fans think that Endgame will see the Avengers traveling back in time to prevent Thanos from ever collecting the six Infinity Stones to begin with.

Not only would this time travel plan prevent Thanos from ever destroying half of the Avengers, but it would also provide a lot of rewarding, full-circle moments for Endgame, which is predicted to be a farewell for the original six Avengers. Fans think that the Avengers will be traveling back to scenes from previous Marvel movies to better protect the Infinity Stones, and the latest Endgame trailer may have just proven this to be correct.

The scene in question comes halfway through the trailer, as Tony Stark and Steve Rogers share a poignant moment affirming their trust in one another. This is a particularly emotional moment for fans since Iron Man and Captain America have been at odds for the past couple of MCU movies, but sadly, this scene might be a bit misleading.

Some fans think that this scene is digitally altered. Marvel fans know all to well that the studio is prone to alter some scenes in its trailers in order to hide spoilers and throw off theorizing fans, so this is not a ridiculous claim at all. The questionable element in this scene is Captain America's suit. He is shown wearing the all-black "nomad" suit that he wore throughout Infinity War, even though he is not shown wearing that suit anywhere else in all of the Endgame promo. Adding to the suspicion: it kind of looks like the suit does not move with Captain America's neck like it naturally should.

Also notice the backdrop, which seems to be a war-torn New York City. Fans think that this scene actually shows a present-day Tony Stark who has traveled back in time to the climactic battle in 2012's The Avengers and is speaking with the Steve Rogers of that time. The guess is that Marvel digitally added Rogers' Infinity War suit over his vibrant The Avengers suit so as not to give away the time jump. This would also explain why Cap is so readily willing to offer his trust to Stark, since this would be before Cap ever began distrusting him.

We will have to see if this turns out to be true or not when Avengers: Endgame hits theaters on Friday, April 26.