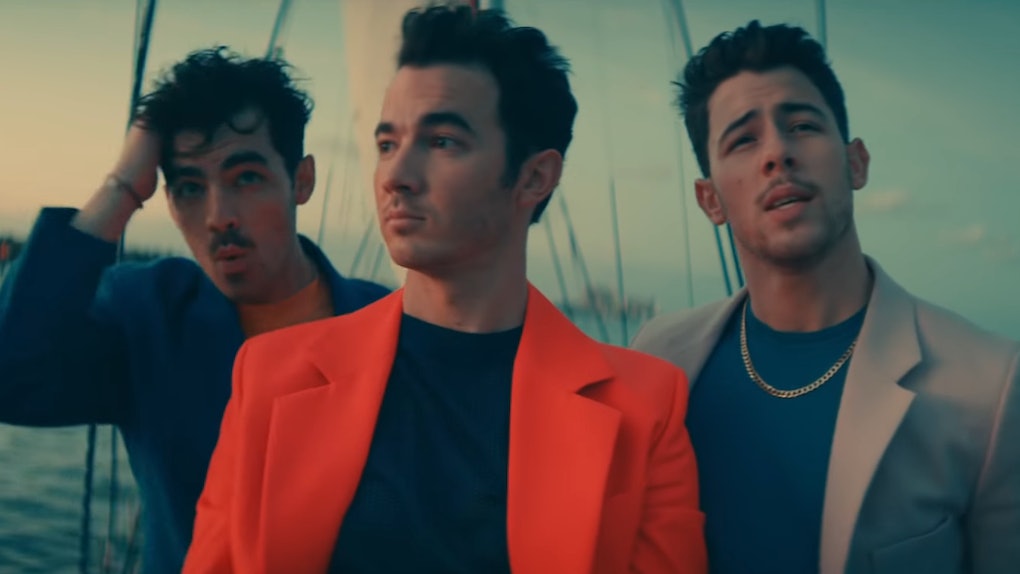 The Jonas Brothers are coming at you with another single, everyone! And this one is cooler than anything else you’re listening to right now. And I mean that literally. The Jonas Brothers’ new song “Cool” is, hands down, going to make you wish it was summer already!

“Cool” was released on Friday, April 5, much to fans’ excitement. The guys actually announced their new single on Instagram by sharing a photo of themselves wearing bright colored shirts and very cool sunglasses. They were definitely setting a certain vibe for this song and their caption for the post was no different.

“🆒 drops Friday! Pre-save the song at JonasBrothers.com to hear it first 🌴😎,” they wrote on their Instagram post announcing the song.

The song is super chill, fun, and literally just all about feeling yourself and being cool — making it the perfect song for the spring and summer. And the video just as fun and light as well. According to Just Jared, the brothers were spotted in Miami Beach at the end of March shooting for the video, and it does not disappoint.

The song itself, though, is in keeping with the Jonas Brothers’ whole vibe right now though. If you’ve heard their previous single “Sucker” and saw the video for it, then you know they’ve got this kind of fun, lighthearted but cool thing going on. “Cool” fits that same bill for sure! Plus, it’s super catchy. Here’s a look at the chorus lyrics:

Now listen to the song below:

Needless to say, the song is absolutely the right kind of vibe to kick off spring and summer. It's also a great song for the gym if you're into that. However you choose to enjoy the song, it's a great mood lifter, for sure!

This is the perfect song to follow up "Sucker," which was more of a love song than anything. And it had a music video to match its lovey-dovey vibe, starring all the brothers' significant others — Priyanka Chopra, Sophie Turner, and Danielle Jonas. "Cool" as a followup is a reminder that the Jonas Brothers don't just excel at writing love songs. They can also write about the most mundane things — like pizza, or just feeling super cool. And that's why fans love them so much.

Just based on the songs the Jonas Brothers have released recently, it seems like they're in a great place musically and it's only making fans more excited to hear their forthcoming album after six years away. They're pumping out hit after hit, it seems, and it's so great to see them back together and doing so dang well. JoBros forever!