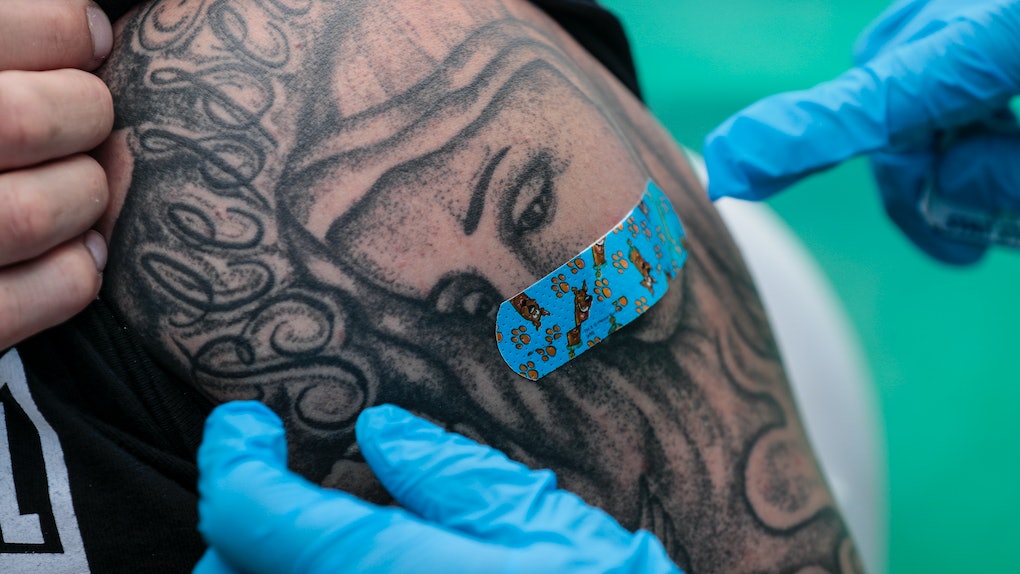 I first went on birth control in college. At the time, my doctor told me as a young woman I should be on Depo-Provera — even though I wasn’t sexually active. What the doctor didn’t tell me about, though, were the potential side effects of that birth control, many of which are serious. In the next few months, I experienced several of them: suicidal ideation and depression, severe weight gain, and fatigue. I went off birth control, but two years later, I tried NuvaRing. Within three days, I was experiencing painful cramps, dizziness, and nausea, as well as worsened mental health symptoms — again, all known side effects. My provider doubted that NuvaRing was the cause, but within a week of taking it out, my symptoms receded. At best, I felt overlooked. At worst, I felt like I’d been outright lied to.

On April 13, the CDC and FDA called to pause the rollout of Johnson & Johnson’s single-injection COVID-19 vaccine, citing concerns about side effects — a rare blood clotting issue that emerged in six out of 6.8 million recipients of the vaccine. While vaccine safety is a crucial part of the pandemic response, the pause raised eyebrows from some people who do or have used hormonal birth control, which also carries the risk of blood clots and other dangerous side effects, like the ones I experienced. Why was this side effect taken so seriously, when it often seems like the side effects of birth control are considered something to simply be endured?

It’s true that medically speaking, the side effects from this vaccine and the side effects from birth control can’t be directly compared. Even if both can result in blood clotting, the reason the clot forms is totally different, says Dr. Melissa Dundas, a fellow with Physicians for Reproductive Health and an adolescent medicine fellow at the University of Rochester. Clots associated with the Johnson & Johnson vaccine are believed to be triggered by a rare immune system response, she explains, while the clots associated with birth control largely have to do with genetic predisposition. (The vaccine-associated clots also form in the brain, while those associated with birth control generally appear in the legs or lungs.)

[This] reinforces my belief that on a large scale the risks and discomfort that women experience in day-to-day life are regarded as a permanently fixed feature of womanhood.

The COVID-19 vaccine is brand-new, and comes to us during a scary, unprecedented time. Birth control, by comparison, is common: As of 2019, nearly two-thirds of American women between 15 and 49 used some form of birth control, per the CDC, with oral contraceptives being the second most popular choice after sterilization. The abundance of caution around the vaccine does make sense in the midst of an ongoing pandemic — also, Dundas stresses that overall, hormonal birth control is safe and effective. Still, she says, doctors need to make sure their patients understand the risks of any new medication, including birth control. “Any form of birth control counseling must include a discussion about risk factors for clot formation including but not limited to a family or personal history of stroke, prior clots, and/or any known or current history of blood clotting disorders,” Dundas says.

But that doesn’t always happen. Mina, 23, tells Elite Daily that at 15 years old, she started experiencing pressure from her family and her doctor to go on birth control pills. She was concerned about side effects — which can include headaches, higher blood pressure, and yes, blood clots — but was dismissed, her then-health care provider saying any risks were extremely rare.

But then, Mina began to gain weight, develop painful and irregular periods, and struggle with intense depression and anxiety. When she went to her doctor with concerns, she was told that her body would “self-regulate,” she says. It didn’t. Instead, she was prescribed different versions of the pill, all of which gave her the same side effects. At 20, Mina stopped taking birth control. Her physical side effects are gone, and her mental health is much better, too.

“Knowing that the Johnson & Johnson vaccine blood clot risk is so low in comparison to the same risk posed by birth control,” says Mina, “definitely reinforces my belief that on a large scale the risks and discomfort that women experience in day-to-day life are regarded as a permanently fixed feature of womanhood.”

It’s often even more frustrating for those with marginalized identities. Laila*, 23, says that her doctor was “incredibly dismissive” when she asked about the risks of long-term birth control, and Laila ended up with menorrhagia, or extreme menstrual bleeding. Laila says her doctor also made inappropriate, racist comments, including “asking why I was OK with birth control because I’m ‘Arab,’ [suggesting] that I should hide birth control from my husband, and asking why I didn’t wear hijab.”

The panic over the Johnson & Johnson vaccine this week struck a nerve.

I also felt like my identity as a Black woman was part of why birth control was pushed onto me, as if I were incapable of making smart reproductive choices for myself. Black women seeking health care are often met with medical racism, particularly when it comes to contraception: A 2005 study published in Women & Health found that two-thirds of Black women seeking family planning or birth control services reported race-based discrimination, such as getting poorer service or experiencing racial stereotypes.

The panic over the Johnson & Johnson vaccine this week struck a nerve with those of us who’ve had bad birth control experiences because it reminded us of this country’s long history of medical misogyny. The “abundance of caution” behind the Johnson & Johnson vaccine pause is something people on birth control don’t get. Instead, we too often get gaslit about our own experiences. Doctors, and the entire medical industry, need to take the pain and risk associated with birth control as seriously as they do the risk of any other medication — and not dismiss our experiences out of hand.

Transparency, respect, and agency are at the heart of the ideal doctor-patient relationship, Dundas says. But that has not always been the experience for women and people with uteruses. “It sets women up,” Mina tells Elite Daily, “often from a very young age, to internalize the idea that their pain doesn’t matter, that a condition of womanhood is the quiet endurance of suffering.”

*Some names have been changed to protect individuals’ privacy.