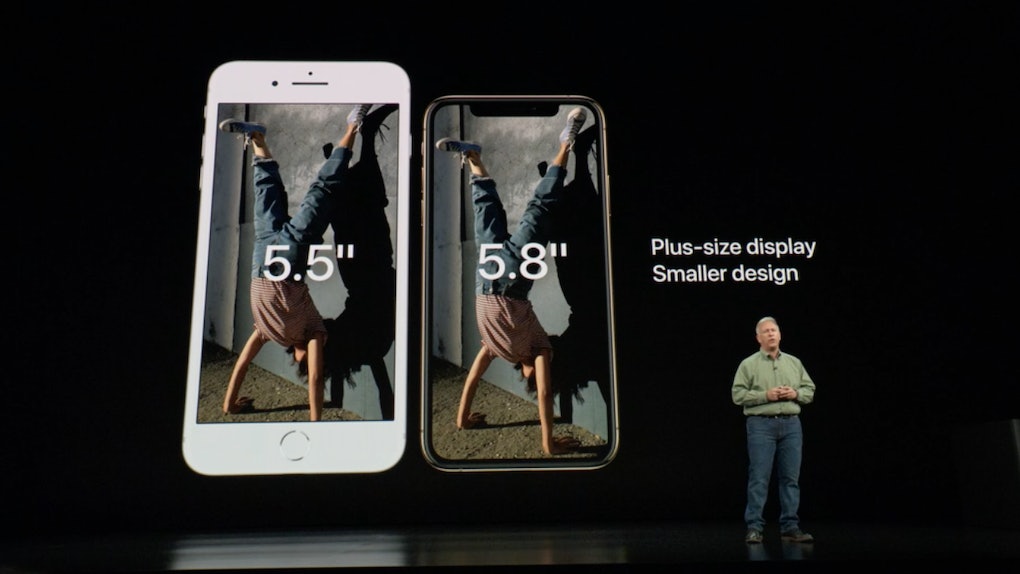 The iPhone XS & XS Max Will Be Released So Soon, So Get Ready

I'm still basking in all the Apple mania after the tech giant finally introduced its highly-anticipated iPhone XS & XS Max to the world on Wednesday, Sept. 12. With a longer battery life and updated camera capabilities among its cool new features, you might be wondering when you can get your hands on Apple's newest products. Well, the iPhone XS and XS Max's release date is coming so soon, so you don't have to wait long to try out the newest generation of iPhones.

After the announcement on Wednesday, Sept. 12, it was confirmed the new OLED smartphones will be available for pre-order on Sept. 14 and they will officially launch on Sept. 21. This confirms earlier rumors that the highly-anticipated models would become available shortly after Apple's announcement, so you should probably start readying your wallets now. The iPhone XS is set at $999 while the iPhone XS Max will set you back $1,099, so you'll be paying quite a bit for your new gadget. Normally, Apple tends to preview its newest iPhone lineup in the fall with the release scheduled pretty shortly after, but that hasn't always been the case. Last year, iPhone X was released on Nov. 3, 2017, almost two months after it was unveiled in September, and Apple revealed that the iPhone XR will be looking at an October drop date because of previously rumored production issues, per 9to5 Mac.

However, previous reports from Goldman Sachs project that 500 million customers will be swallowing the higher price tag and switching over to the new models, and for good reason. The iPhone XS and XS Max OLED models feature a similar build to the iPhone X with dual rear cameras. They also boast a faster and more improved Face ID, longer battery life, a faster processor for improved performance and speed, and better 3D graphics. In addition to all of this fun stuff, the iPhone XS and iPhone XS Max also feature an improved camera that allows you to edit your photo's depth of field after it's already been shot. That, plus the ultra-practical iOS 12 means that your new phone will definitely be an improvement over next year's model.

Unfortunately, if you're looking to save some money and purchase the $749 iPhone XR with just a few downgrades from the iPhone X, prepare to wait until October. Unsurprisingly, while the demand is already expected to be really high for the lower budget option, multiple outlets reported on Monday, Sept. 10 that the phone was experiencing production issues and that it would be shipped out in "limited quantities" until its official launch date on Oct. 26. In addition, Goldman Sachs believes that it's likely that Apple will push back the release of the more affordable 6.1-inch LCD iPhone XR to allow for its more expensive models to take off.

With the official launch of the iPhone XS and the iPhone XS Max just weeks away, I'd start budgeting now if you're planning to step out with Apple's latest smartphone generation.