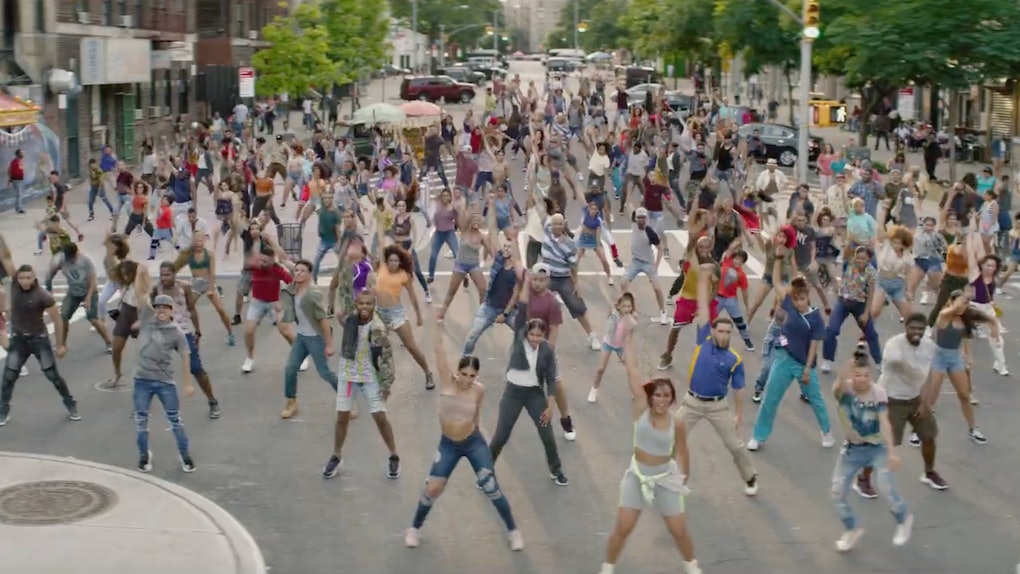 When Hamilton: An American Musical took Broadway and pop culture by storm in 2015, most people had never heard of Lin-Manuel Miranda. But musical buffs not only knew the name, but they also recognized the half-rap/half-musical number cadence of Hamilton's signature numbers. They were a direct development from Miranda's first hit musical, In The Heights, which had opened on the Great White Way in 2008, and landed 13 Tony nominations that year, of which it won four. Now, that story will hopefully become as famous as Hamilton has done, as the In The Heights movie trailer promises a movie-musical for the ages.

Set over three days in the middle of the summer, In The Heights is set in the largely Hispanic-American neighborhood of Washington Heights in New York City. The plot is a loose interweaving of two stories: Usnavi de la Vega, the local bodega owner, who sells a winning lottery ticket, and Nina, the first in her family to go to college, who is considering dropping out. Their lives come to a head during a blackout during the hottest day of the year.

The film casts Anthony Ramos in Miranda's role, who is best known for playing John Laurens and Philip Hamilton in Hamilton. It also has updated the story to fit with the current times. Check out the trailer.

The official synopsis of the movie does not address what looks to be a few topical plot additions about the deportation of DREAMers, instead focusing on the celebration of culture the musical represents.

The creator of Hamilton and the director of Crazy Rich Asians invite you to the event of the summer, where the streets are made of music and little dreams become big… In the Heights. Lights up on Washington Heights…The scent of a cafecito caliente hangs in the air just outside of the 181st Street subway stop, where a kaleidoscope of dreams rallies this vibrant and tight-knit community. At the intersection of it all is the likeable, magnetic bodega owner Usnavi (Anthony Ramos), who saves every penny from his daily grind as he hopes, imagines and sings about a better life.