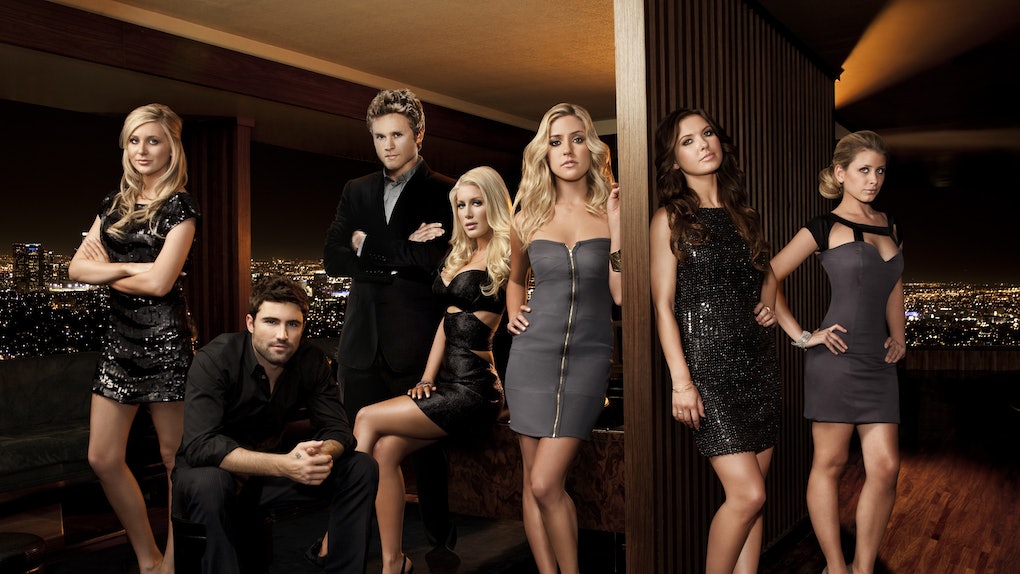 ‘The Hills: New Beginnings’ Trailer Is Here, But Fans Still Have Questions

'Tis the season for reboots, remakes, and re-imaginings. Staples of 1990s TV like Murphy Brown are rebooted 25 years later and returning to the airwaves. WB's Charmed is being remade with a brand new cast. Roseanne is being re-imagined by ABC as The Conners. With so many shows being revived for a new generation, it's not surprising some of the younger channels in the game are looking to reboot some of their own, more recent programming to keep up. The latest show confirmed for returning to TV, is MTV's The Hills revival, which has been rumored on and off to be happening. Now it is finally a go.

The series was a mid-aughts teen staple. Lauren Conrad, who was the original Laguna Beach narrator, centered the story of The Hills on her and her friends, including housemate Heidi Montag as well as Audrina Patridge and Whitney Port, as they looked to succeed in Los Angeles. When Conrad exited the show, she was replaced by Kristin Cavallari who had been the center of Laguna Beach when Conrad graduated.

According to a press release from MTV:

MTV today announced the return of the iconic series “The Hills,” during the 2018 VMAs. The new docuseries, “The Hills: New Beginnings” is slated to premiere in 2019. Based off the docuseries that changed the landscape of TV history, “The Hills: New Beginnings” will reunite original cast members, alongside their children and friends, and follow their personal and professional lives while living in Los Angeles. With new faces in the picture and returning favorites, “The Hills” is back for a new beginning.

Shortly afterward, they released the first trailer for the show:

With only Audrina Patridge on the show for all six seasons and a revolving-door cast, it's been difficult for the show even to stage a proper reunion. There was one Lauren Conrad-hosted "look back at The Hills" special that aired in 2016, but it was basically just a feature looking at Conrad's present-day career as a successful designer. But now the show is back with most of the cast.

Note I said most of the cast. Conrad left the show at the beginning of Season 5 when she landed an opportunity in the real world to become the designer she'd always dreamed of, her stated aim on the series. Most thought at the time her reality show history would be a detriment, as the fashion industry is notoriously elitist, and something as "lowbrow" as a "reality show" would be frowned upon. But Conrad has beaten the odds, with a successful brand carried at major retailers across the United States like Kohl's.

With her aim achieved, she apparently does not feel returning to the past will gain her anything, and is reportedly sitting this reboot out. (Elite Daily reached out to Conrad for comment, but did not hear back at the time of publication.) According to E! Online:

Between raising her little boy, William James Tell, and managing her business, the 32-year-old simply doesn't have the time. A source says, 'Lauren is concentrating right now on her Kohl's line and her charity work, which she is very passionate about.'

Her friend Lo Bosworth also reportedly isn't interested in going back to what she calls "ancient history," though a request for comment made by Elite Daily to Bosworth on the report has yet to be confirmed. But this doesn't mean the rest of the gang isn't game. Lead by Kristin Cavallari, it looks like it's time for Audrina Patridge, Whitney Port, and the Pratts to all get back together at least one more time.

More like this
10 Unanswered 'Gossip Girl' Questions The Reboot Def Needs To Explain
By Rachel Varina
'Sex And The City' Reboot: Cast, Premiere Date, Trailer, & More News
By Dylan Kickham
6 ‘Schitt’s Creek' Spinoff Ideas That Are Simply The Best
By Rachel Varina
Stay up to date