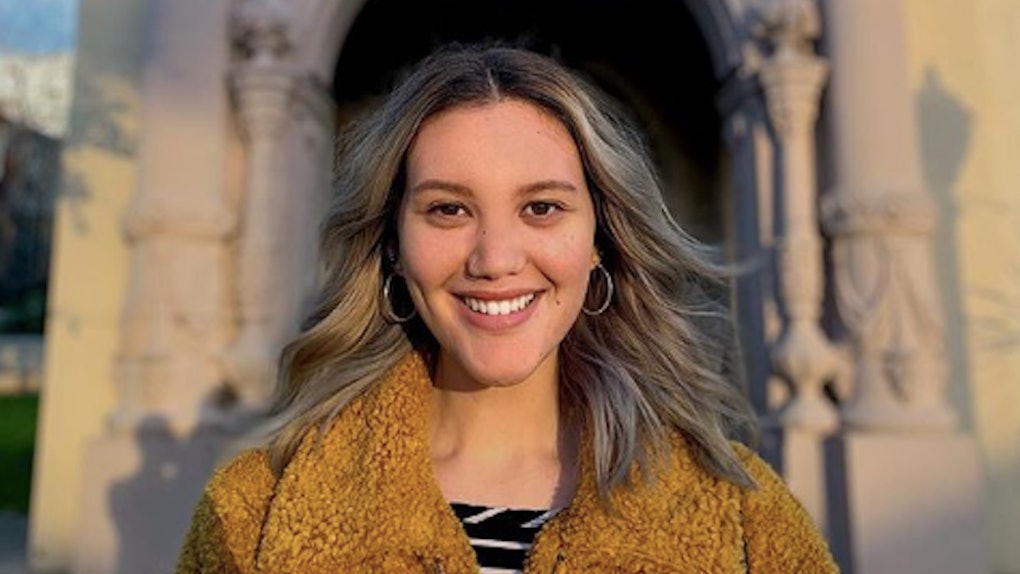 When I was having casual sex regularly during the summer of 2017, only two things ever happened: guys would take me to a park or quiet industrial block for privacy, and then we'd either have sex or I'd blow them. Sometimes, when we were hooking up, guys would slowly push my head down toward their crotches. At first, I liked that feeling of being wanted — new flings felt like victories. But the more I received the "head push" during oral sex, the more uncomfortable I got. I didn't like how it felt, but I thought I had no choice in the matter.

I had sex for the first time at 20, so I felt behind most of my peers. Because I was just "starting out," I thought I needed to do whatever it took to be more experienced when it came to sex and dating. Throughout my second year of college, I went to parties looking for someone to leave with. When I wasn’t at school, I used Tinder for meaningless sex. I put a lot of pressure on myself to be well-liked by the people I hooked up with. I didn’t even care about. I’d let the guys take control; their pleasure was always the priority. I did things that made me uncomfortable — like letting my head be pushed down — just to seem more attractive.

My skewed perceptions of sex stemmed from an upbringing in which “sexy” was considered a curse word. I never had “the talk” with my parents, and my public school sex ed class only preached abstinence. It wasn’t until now, at 22, that I’ve learned how damaging that upbringing was. And it took up until my first serious relationship to acknowledge my problematic sexual past.

I was 20 when I met my now-boyfriend. We met at a coffee shop during the summer and hung out as friends nearly every day after that. But as the weeks went by, my attraction for him grew, especially once I realized he felt he same way. He asked me to be his girlfriend, and even though I couldn’t picture being in a relationship then, I knew I wanted him in my life. So I said yes. When we were intimate for the first time, I immediately noticed he treated me and my body differently than other men had. He’d ask it was OK to kiss or touch me before he did it. He’d make sure to check that I was feeling good during sex. We had conversations about our sexual boundaries, and he made it clear I was allowed to say no without feeling like I’d be ditched for someone more eager. From the start, we could talk about anything. Nothing was off the table.

Despite this trust, our relationship encountered a few problems early on. He’s two years older than me and has had more sexual partners. Because of that, I assumed he’d expect me to be "perfect" in bed, or else he wouldn’t be satisfied. I thought he only wanted me for my body. We fought constantly because he believed I wasn’t physically attracted to him.

Barely two months into dating, I left California, where both our families lived, to start my final year at Syracuse University in New York. The prospect of a long-distance relationship amplified my insecurities about us — I didn't want him to get tired of waiting for me and find someone else. To make the distance less lonely, we spent countless nights together on FaceTime. One night, two months into the school year, we were joking around when he suddenly brought up that he’d been sexually abused in the past. All I could do was cry — nothing about his experience was fair. He was calm, but I felt so much anger and sadness for him. It meant a lot to me that he trusted me enough to tell me.

Two months later, I flew home for Christmas. In my boyfriend’s childhood apartment, we laid next to each other on his bed, talking. The conversation turned toward sex and we started discussing our major turn-offs. When I mentioned how I hated when guys pushed my head down for a blowjob during hookups, his mood totally shifted. He got upset, apologizing and saying that this shouldn’t have happened to me. I didn’t get why he was so affected by my words. Then he explained: “That’s sexual assault." I used to think assault had to be violent. How could it be assault if it was so casual?

According to the Rape, Abuse & Incest National Network (RAINN), sexual assault is “behavior that occurs without explicit consent of the victim.” I never said no to those head pushes, but I never said yes, either. The practice of establishing consent through both parties agreeing to sexual conduct, either through verbal communication or nonverbal cues, is called affirmative consent. That term garnered national attention in 2014, when California became the first state to establish affirmative consent as the standard used in campus sexual assault proceedings.

During past hookups, I had been silent about not enjoying having my head pushed down. A part of me knew that my discomfort was warranted — but hearing it from my boyfriend helped that sink in further. After that talked, his words replayed in my head for hours until I connected the dots between my encounters and the immense self-doubt I felt in my present relationship. In the past, I had felt physically used; once people got what I assumed they wanted from me, they would leave. I worried my boyfriend would be the same way. His validation of my pain made me feel more secure.

Once we opened up the conversation about trauma and consent, we were ready to approach intimacy in the best way for us as a couple. We asked each other more about our past negative sexual experiences, which was incredibly difficult. I vocalized the language I was most comfortable with when I wanted him to be dominant in bed, and he suggested alternatives he’d enjoy when I didn't want to perform oral sex. Our sexual and romantic relationship became much healthier when we allowed ourselves to be vulnerable with each other, instead of just guessing what we wanted.

Without these conversations, it would’ve taken me much longer to see what was wrong with my perception of sex. I had to unlearn all of the toxic ideas I had internalized. Head-pushing is so normalized in mainstream culture: One of the first episodes of Sex and the City shows Charlotte resisting her head being pushed for a blow job in what’s described as “blow job tug-of-war.” (She tells her boyfriend, "Would you really want me to do something I didn't want to do?" He shrugs and replies, "You'll get used to it.") On porn site X Videos, there are nearly 1,500 results for "forced oral."

Issues surrounding sex can seem complicated sometimes, but here's the truth: If consent isn't given, the FBI says that "oral penetration by a sex organ of another person" counts as rape. And according to RAINN, "It’s important to remember that dating, instances of past intimacy, or other acts like kissing do not give someone consent for increased or continued sexual contact."

The conservative environment I grew up in didn’t encourage learning about sex. I was on my own, and my belief that I had to be some sort of passive sex goddess in order to get guys to like me wound up hurting me more. I gave people parts of me I didn’t want them to have. I’m still building up the confidence for oral sex without feeling like I’m being taken advantage of, but with the level of communication and trust my boyfriend and I are building in our relationship, I know I’ll get there. Just don't push me.