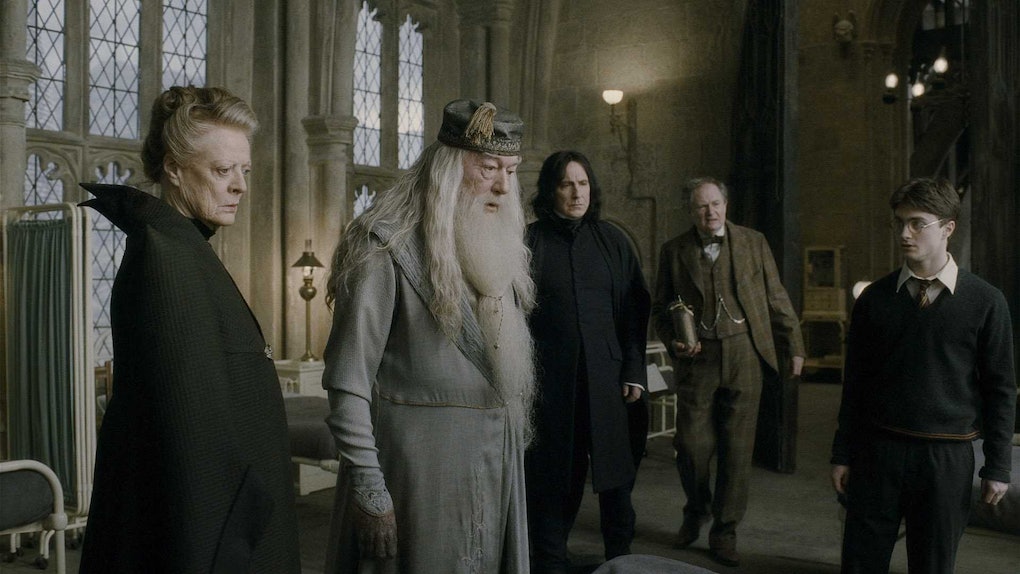 The 'Harry Potter: Hogwarts Mystery' Game Will Feature These Actors & I Have The Chills

I grew up on the Harry Potter PC games that had glitchy animation and voice actors who laughably tried to recreate the film actors' performances. Of course, I couldn't complain about these little imperfections – I got to live out an alternate reality as a Hogwarts student, after all! The next generation of Potterheads will soon have a far more accurate gaming experience ahead of them. The Harry Potter: Hogwarts Mystery game will feature these special actors, and now I seriously can't wait for the mobile game's release.

If you know anything about the adult cast of the original Harry Potter films, you probably get that this is a big deal. The grown-ups appearing throughout the eight movies are essentially British acting royalty, and this select group's involvement in the game is a perfect stamp of approval from longtime Potter fans.

Smith, who appeared in all of the Harry Potter films but Deathly Hallows Part 1 as the formidable Transfiguration professor, said in a statement:

If I could attend Hogwarts as a student, I would be most excited to attend the potions class taught by Severus [Snape] because it is the most exotic.

Alan Rickman, the man behind Potions expert Professor Snape, is absent from the exciting cast list for obvious reasons. The actor passed away in 2016, but the game's creative team involving original film actors is a lovely way to honor Rickman's spirit in the new project.

The game, debuting on iOS and Android platforms, is officially affiliated with the movies' production company, Warner Bros. The website promoting the mobile app revealed about the game:

Harry Potter: Hogwarts Mystery is the first mobile game in which players can create their own character and experience life as a Hogwarts student. The game will launch under Portkey Games, a new label dedicated to creating experiences inspired by the magic and adventures of J.K. Rowling's Wizarding World.

Unlike the original PC games that followed the chronology of J.K. Rowling's books, the mobile version takes place before Harry's time at Hogwarts, allowing players to select their own Hogwarts House, make friends, and attend classes led by the well-known faculty. It turns out that, without having a student who's constantly chasing down Voldemort, Hogwarts is a place where you can actually learn a thing or two. However, living up to the name of the game, the Hogwarts Mystery teaser trailer does hint at some suspenseful situations that a player's avatar may face.

With such familiar voices embodying even more familiar characters, the game already seems well on its way to being a beloved addition to the Harry Potter universe. Chris DeWolfe, co-founder and CEO of game developer Jam City, said of the casting news:

Our goal with Harry Potter: Hogwarts Mystery is to make players really feel for the first time like they’re attending Hogwarts. By including these iconic and incredibly talented actors in the game, we come one step closer to truly giving fans their own Hogwarts experience.

Now that we have insight into how legit this game will be for devout Potterheads, I'm already planning out my Hogwarts explorations. Time to practice some wand moves!