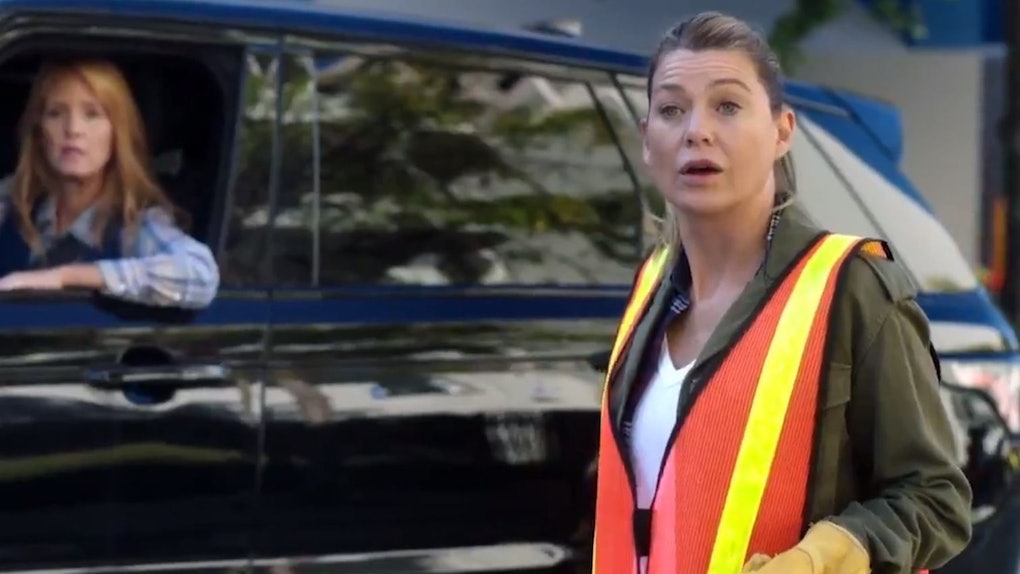 When Grey's Anatomy ended Season 15, it was with a shocking climax: Meredith Grey was fired, despite being the heart and soul of the show and the hospital. (Both of which, it should be noted, bear her name.) And yet, Miranda Bailey had no choice. Meredith broke the law, and DeLuca was going to jail for it. Moreover, Alex and Richard had been accomplices to it. All three were canned. So what happens now? Will Meredith get her job back? As the Grey's Anatomy Season 16 premiere promo suggests, the answer to that is "not so fast."

Let's be clear on this: What Meredith did may have felt right, but it was hugely wrong. She filled out her daughter's name and insurance info to cover a patient. In the eyes of the courts, that's insurance fraud. This is not something that is just going to go away, either. Insurance companies aren't about to let it.

In truth, Bailey had no choice in the matter. She was covering not only her own backside by firing Meredith, but protecting the whole hospital from scandal. Her personal feelings had to be set aside because too many jobs were riding on it.

So what will Meredith do with herself now that she's not practicing medicine? The new promo gives fans a first look.

As for how others are taking it, the clip seems to indicate that the new season will indeed pick up "moments after Season 15 left off" as showrunner Krista Vernoff put it. The blended Owen Hunt family's collective response to the news Alex Karev, Richard Webber and Meredith Grey are all out on their butts mirrors the reaction of basically every fan of the series. "What?!?!"

Also, it looks like fans won't just be learning exactly how Meredith Grey and company deal with being fired. In what looks to be the first crossover with Station 19, 911 is called to rescue Jackson Avery, whose drive into the fog seems to have ended with a crash right off the road.

Don't be fooled by this. There won't be a funeral for Jackson, at least not any time soon. As TVLine reported back in June of 2019, actor Jesse Williams, who plays Jackson, re-upped his contract for two more years. That means that Jackson is hanging around through Season 17, which is as far as the show's run has extended.

So how long can fans expect to see Meredith doing her time? With a promise of a time jump during the show's premiere, one can hope by the end of the two-hour run, Grey will be heading back to the hospital where she belongs. But maybe fans shouldn't count their chickens before they hatch.