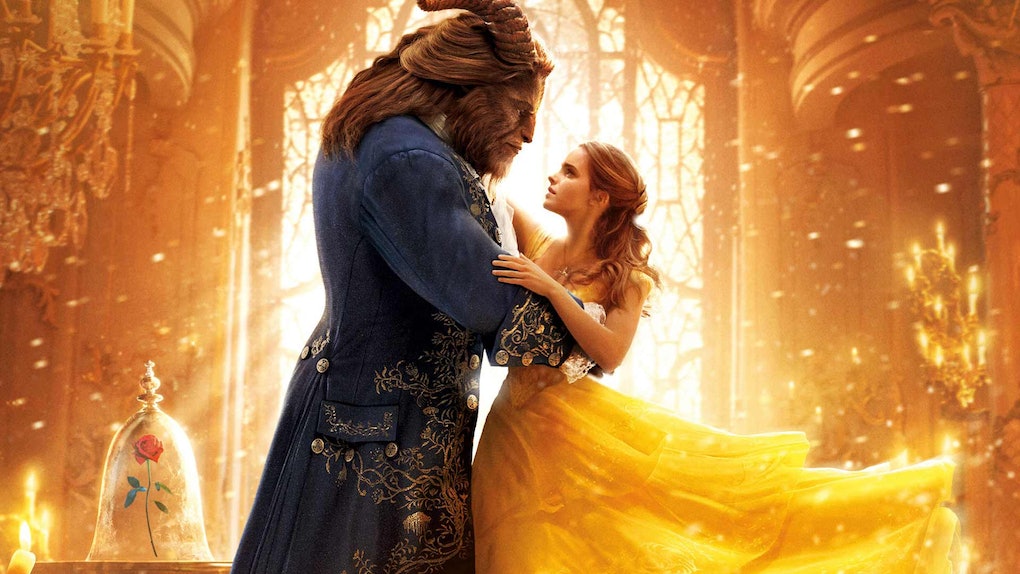 Until Star Wars: The Last Jedi arrives in a few days time, Disney's Beauty and the Beast still reigns as the biggest box office smash of 2017. The live-action remake of Disney's fairy tale cartoon sits atop the pile with a $1.2 billion dollar haul this year. (Yes, billion, with a "b.") Emma Watson and Dan Stevens can officially call themselves two-time winners of the franchise derby, and this awards season should be a highlight of their already storied careers. So how many Beauty and The Beast Golden Globes nominations did the movie get?

Despite the box office numbers, going into the Golden Globes nominations on Dec. 11, Beauty and the Beast was seen as the underdog in the competition. It was released *way* back in the spring, and while it has raked in the cash all year, other, more flashy films have since come along to fill up the Musical/Comedy category, including Lady Bird and The Greatest Showman.

But even so, Beauty and the Beast has been a dark horse contender, and though the Hollywood Foreign Press Association likes to pretend money doesn't matter in their decisions, $1.2 billion is a really large pile of money, and a nomination or three to bring in the fans really wouldn't hurt the awards show's ratings. Beauty and the Beast even cut a new "For Your Consideration" trailer to get the HFPA's attention and everything.

And yet, it didn't make a lick of difference. Beauty and the Beast was completely snubbed at the Golden Globes, despite everything. It didn't get a single nomination — not even for the music.

That last one is a bit of a shocker. As mentioned above, this was a long shot to get a Best Motion Picture, Musical or Comedy nomination, and the same goes for Best Director and the acting categories. Not just because Beauty and the Beast is a genre picture that's all but a remake of the cartoon (mixed with a bit of the Broadway show), but because those categories are already crowded as hell. Just look at the competition:

Not only is the big heavy Get Out in there, whether or not you agree with the categorization, but there's also The Disaster Artist, whose meta commentary on the industry was bound to make it a strong favorite, plus Lady Bird, whose reviews are stellar. Rounding out the group are two Oscar baits, I, Tonya and The Greatest Showman, the latter of which stars Hugh Jackman doing some of his best musical work.

In a murderer's row of talent like that, Disney's lil' musical that could at the box office isn't going to make a dent. There's just no room.

The same goes for Best Actress and Best Actor.

Note that a good half of these nominations are paired with the Best Picture category. Once again, there's just not room.

But here's where the frustration comes in. There was plenty of room for the Best Song category, and some of the live-action film's numbers should have been eligible, since they were not in the 1991 animated version.

Instead, Nick Jonas gets a nod, as well as Mariah Carey. Good for the celebrity red carpet quotient in January when the Golden Globes air live, but really? Not even a nod to find a way to get John Legend and Ariana Grande on stage? Or Josh Groban?

Potterheads were put out on Emma Watson's behalf, naturally.

Some even think that the Golden Globes seem to be doing it deliberately.

At least we'll always have the box office wins.

More like this
Why Won't NBC Air The Golden Globes In 2022? Let's Break Down The Drama
By Ani Bundel
These Throwback Jennifer Lopez Movies Are Such A Blast From The Past
By Ani Bundel
7 Movies About Graduation To Prepare Yourself For The Cry-Fest
By Claire Spellberg
Stay up to date