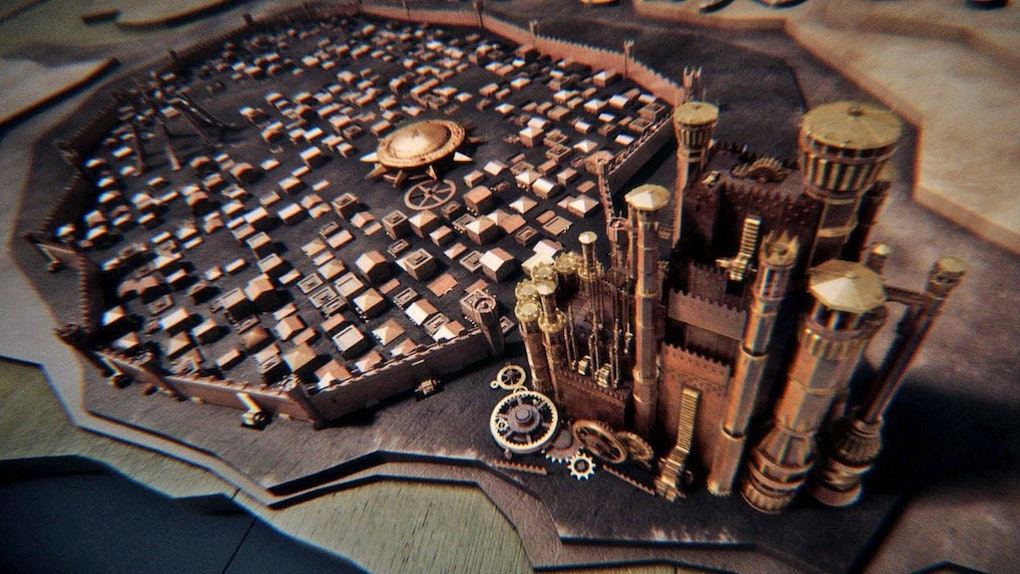 One of the constant Easter eggs every season on Game of Thrones is the opening credits. Conceived as a map, to help audiences comprehend the scale of Westeros and the world they were entering, the credit sequences change every season to add or subtract different landmarks, depending on where the major beats of the story were happening. The final season of the show will be no different. While few spoilers have leaked from last night's red carpet premiere, snippets of the Game Of Thrones Season 8 opening credits have made it online, giving fans a taste of what the opening will highlight.

There are three places the opening credits always visit, no matter what is happening or where the characters are: King's Landing, Winterfell, and the Wall. These have altered over the years, with different sigils emblazoned on them, depending on who is ruling where, like Winterfell switching from the Stark direwolf to the Bolton flayed man, and then back again over the years.

There are two huge changes introduced this year. The first may not come as a surprise. After the Boltons sacked Winterfell, for several episodes it was shown as a smoking ruin. In the Season 7 finale, the Wall fell. Check it out:

The castle shown in the Walls' collapsed wake is Last Hearth, seat of House Umber. It doesn't get labeled or sigils in the flyover though, suggesting it's just there as a location point, not as a place fans will visit.

No word on how Winterfell looks, or what other locations are included, save one: King's Landing. Warning: Game of Thrones Season 8 speculation and possible spoilers follow.

Game of Thrones usually does somewhere between seven and eight locations per credit sequence a year. Each is a short flyover, never going inside. This year, King's Landing is an extended sequence, where fans travel inside, through the halls of the Red Keep, and then down into the Dragon's pit, where the skull of Meraxes sits.

This suggests two things about Season 8:

The former point makes sense from a logical standpoint. There are only six episodes left, and nearly everyone is at Winterfell during the first three episodes. There aren't many places to hit, but still the same length of music to fill. Hence, extended cuts of the areas the credits go.

The latter has been a question I've had since the promotional materials started pouring out. Three feature-length episodes come after the battle of Winterfell, half a season. Where does it take place? King's Landing, which is so essential a location, the show not only wants to fly over the Red Keep but dive into the Dragon Pit, for reasons as yet unknown.