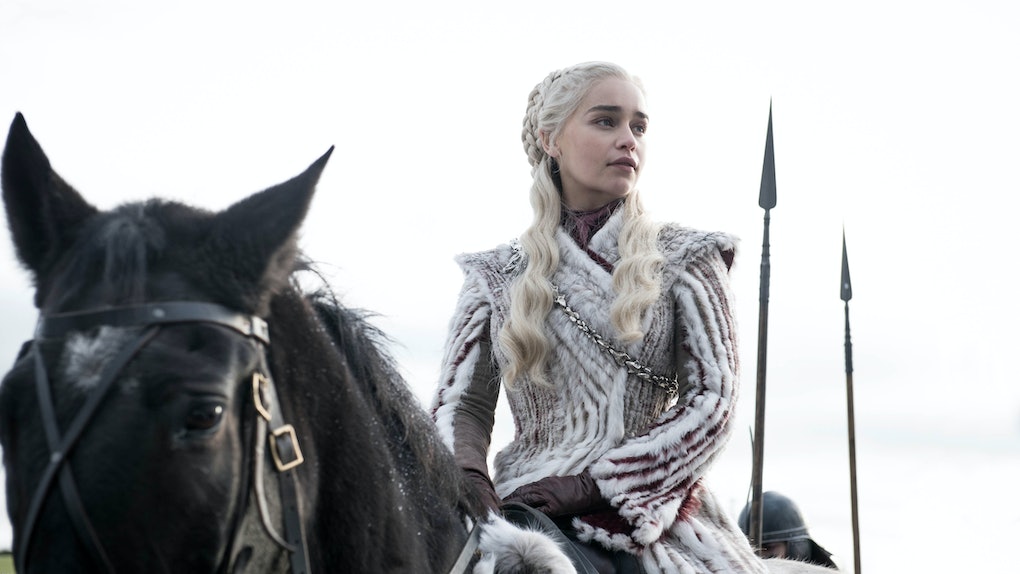 The 'Game Of Thrones' Playlist On Spotify Reveals The Show's Ending, Says The Creators

One of the most important, yet regularly overlooked aspects of Game of Thrones is the music. (Where would fans be without that theme song?) I am personally a huge fan of composer Ramin Djawadi's music, and regularly listen to the soundtracks to Seasons 1 and 6 when I'm writing. For fans who are more into pop music, the show has always attempted to tie in more radio-friendly fare, whether it's mixtapes like Catch the Throne or the new For The Throne companion album. Now there's a Game Of Thrones playlist on Spotify, assembled by the showrunners, which they claim has clues to the ending.

Like the show itself, the playlist, called Game of Thrones: The End Is Coming, is long and varied, featuring artists from the 1960s era like The Grateful Dead to modern songs of the 2010s from Kanye West. The 50 song catalog has more folky tracks like "The Sick Bed Of Cuchulainn" by The Pogues, heavy metal gems like "War Pigs" from Black Sabbath, and even a song by Slayer, which I suppose can be forgiven.

The playlist goes on for hours, so if you're looking for workday listening for the next couple of days before the premiere, this will have you set. Check it out:

However, nothing put out by HBO at this point can be merely a playlist. Everything is a piece of arcana, to be treated like a Zapruder film and dissected to death by obsessive fans. Knowing the fandom as they do, showrunners David Benioff and Dan Weiss obliged, telling Spotify's blog For The Record there are clues to the ending hidden in the tracks.

The answer to the ending is one hundred percent hidden in the playlist choices. No one will believe us, but it’s true.

The list mostly reflects the season's overall tone though.

We were looking for songs that made us feel the way the show made us feel. There’s variety in there—Rage is not Johnny Cash. But they both have a deep inherent power.

Game of Thrones has always been about power and war, and multiple songs with those titles are studded through the list.

Moreover, some of the songs on the list are dark. From the downtempo "Wave of Mutilation" by the Pixies to the speed screams of "Toxicity" from System Of A Down, these songs suggest death, destruction, and self-sacrifice will all come into play.

Perhaps the most prominent clues are at the end of the list. Fourth from the bottom, "Born For Greatness" by Papa Roach, followed by "Golden Lion" by the Yeah Yeah Yeahs, suggesting the Lannisters will not be wiped from Westeros that easily. The final song suggests that at least a couple of characters will find each other to bury themselves from the pain of loss, with U2's "Love Is Blindness" closing out the list.

Will that be Jon Snow and Daenerys Targaryen? Or will two other characters decide using love to blind themselves to the world is the way forward? Fans will find out when Game of Thrones returns on April 14.

More like this
This 2021 'Game Of Thrones' Season 8 Trailer Is So Confusing... & So Good
By Ani Bundel
'Selena: The Series' Part 2: Netflix Release Date, Trailer, Cast, & More News
By Dylan Kickham
The 'Glee' Cast's Tribute To Naya Rivera At The 2021 GLAAD Media Awards Was So Moving
By Abby Monteil
Stay up to date