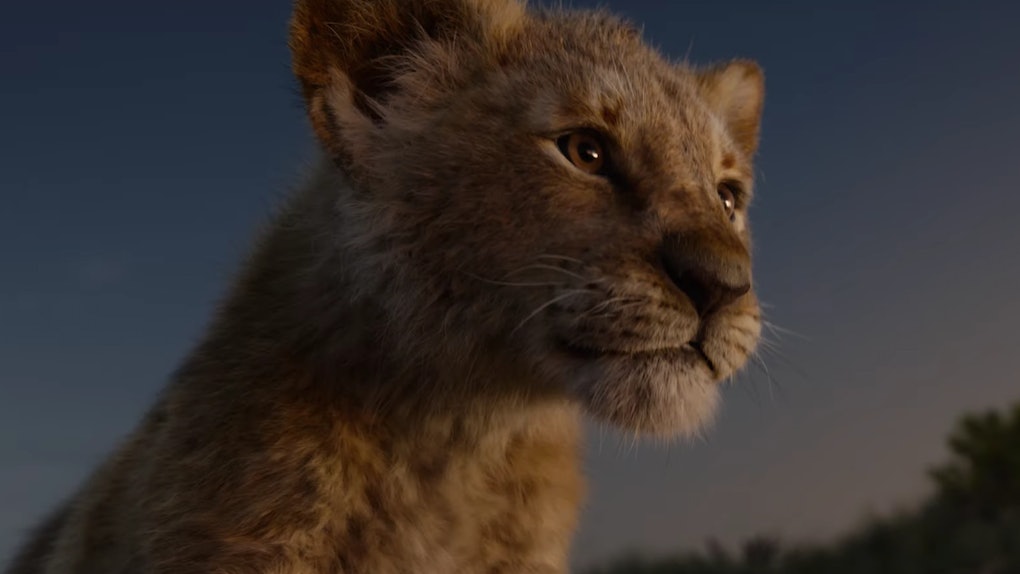 Disney just dropped in to remind us that they own our wallets this year. Just a few weeks after the Aladdin trailer dropped and the Dumbo live-action remake hit theaters, Disney has released the first official full-length trailer for The Lion King coming out this July. And let me tell ya, my Disney-loving a** cried the entire way through the full-length Lion King trailer.

Voiced by Billy Eichner and Seth Rogen, Timon and Pumbaa make their long-awaited debut in the form of the iconic "Hakuna Matata" scene where Simba grows from lion cub to fully grown in one shot.

The internet: When will Disney stop making live-action remakes?! Give us something original!

JUST LOOK AT THIS TRAILER IN ALL OF ITS GLORY.

The trailer shows fans Scar for the first time in all of his insidious glory, and it also shows a clip of the stampede scene (mercifully, Mufasa is not shown), as well as the scene where Mufasa and Simba sit at the very top of Pride Rock and Mufasa tells Simba that everything the light touches is their kingdom.

Of course, Twitter is excited as hell for this entire trailer, but Timon and Pumbaa's debut has people especially excited.

Here are some of Twitter's reactions to other parts of the trailer.

Can you feel the nostalgia tonight?!

The Lion King is set to release on July 19. With Dumbo now in theaters and Aladdin slated to drop in May, and with the Disney-owned Marvel releasing Captain Marvel and Avengers: Endgame in the first half of 2019, Disney is undoubtedly going to own the box office this year. Some fans are worried that this Lion King will just be a shot-for-shot recreation of the original, no new interesting plot points to take stock of. But honestly, even if the script is copied and pasted from one movie into the other (which at least parts of it aren't, as Ejifor's and Jones' clips in this new trailer feature new lines), people are still going to run to theaters to see this recreation.

I mean, they have Beyoncé! You think there won't be someone from the BeyHive in every single showing of this film? Please.