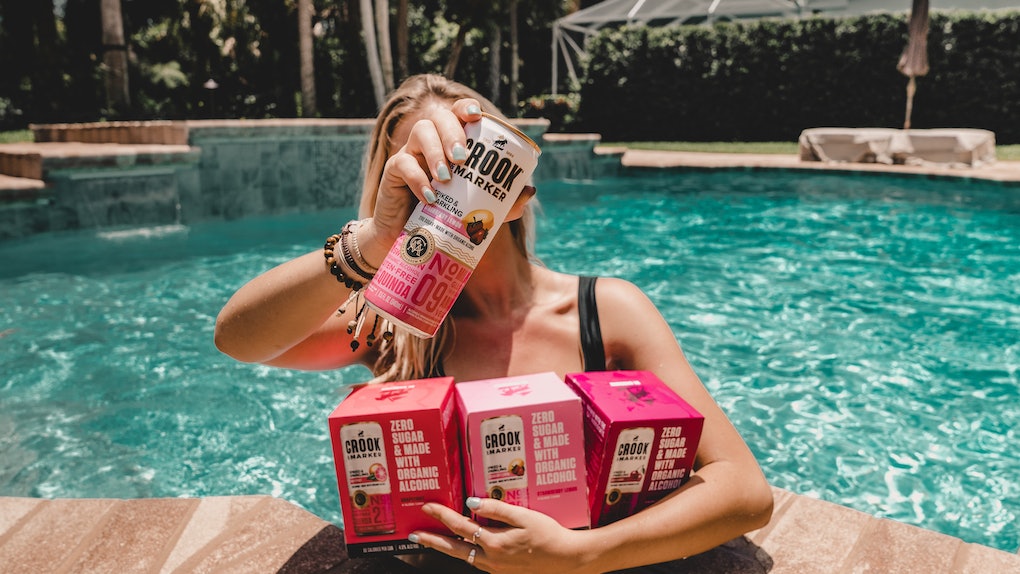 If I could sum up the summer of 2019 by one drink, it would be hard seltzer. The flavored cousin of beer has taken the beverage industry by storm since it first rolled out a couple years ago, and July data from Nielsen reported that sales of spiked seltzer had grown almost 165% that month alone. Although spiked seltzer mainstays like White Claw and Truly might have their naysayers, it looks like the trendy beverage is only becoming a more mainstream and universally-accepted category of its own like beer and wine. Case in point: The first Fizz Fight Spiked Seltzer Festival is happening this September in Denver, Colorado, so get ready to toast to the end of summer in the tastiest way possible.

Since the organizers behind what's touted as the country's very first festival dedicated solely to boozy seltzer first announced that tickets were going on sale on Friday, Aug. 9, the hype has been real. The Sep. 14 event, which will take place at the EXDO event space in Denver, will be bringing together hard seltzer aficionados and casual drinkers alike with offerings from over 20 different hard seltzer companies and at least three hours of unlimited tastings. A spokesperson for Fizz Fight confirmed to Elite Daily via press materials that companies like Bon & Viv, the new Natural Light Hard Seltzer, PRESS Hard Seltzer, Wild Basin, and Crook & Marker will all be present at the event.

According to the event page, attendees can grab a $30 ticket to pick one of two different tasting timeframes, which fall from either 12 through 3 p.m. or from 4 p.m. to 7 p.m. Meanwhile, if you get one of the VIP tickets, you can get into the event half an hour early (and potentially skip the lines at your favorite hard seltzer makers) for $50. Both of these options guarantee you "unlimited tastings" during whatever time period you choose, so I'd prepare for what's sure to be a lit afternoon.

In addition to sipping on your favorite hard seltzer and maybe even finding new go-tos to make a regular part of your rotation, you can also check out food trucks and an array of live paintings and interactive installations from local Denver-based artists. The icing on the cake is that you'll be able to bear witness to the first-ever hard seltzer awards. Will White Claw live up to its "no laws" reputation or be dethroned by a craft contender? You'll have to wait and see, but I have a feeling that the competition is going to get heated.

A spokesperson for Fizz Fight told Elite Daily that the idea for the festival came from a desire to educate people about all the different spiked seltzer companies out there:

The average hard seltzer fan only knows around 5% of the brands on the market, max. We wanted a chance for them to taste some impressive craft seltzers while also enjoying the cans they already love.

While the Denver event will be a one-day extravaganza, the Fizz Fight rep also confirmed to Elite Daily that the company plans to expand the festival by taking it on the road to Austin, Atlanta, Los Angeles, Miami, New Orleans, San Diego, Tucson, and more cities during the fall and winter of 2019. In short, there's a chance that the hard seltzer fun could be coming to your hometown before the end of the year.

Again, tickets for the Denver festival are currently on sale on Eventbrite, so I'd suggest checking them out if you want to be on hand to witness spiked seltzer history-in-the-making come Sept. 14.