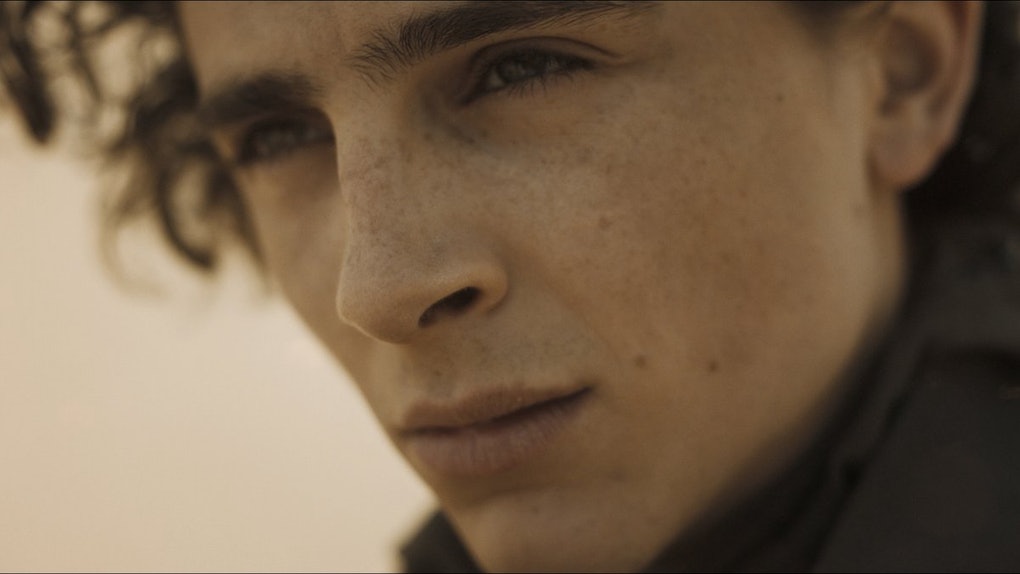 The First 'Dune' Trailer Will Give You All Of The Chills

When Dune was published in 1965, it changed the face of science fiction. Like Lord of the Rings in fantasy, there is a clear line of demarcation, "before Dune" and "after Dune," in the sorts of stories being told and the way writers thought about science fiction. Dune's inspiration can be seen in dozens of more modern novels and films, from Game of Thrones' Great Houses to the spread-out Galaxy Far, Far, Away of Star Wars. The story of House Atreides' move to Arrakis and how it changed their family drives the first Dune trailer, along with one of the book's most famous quotes.

For those who have not read Dune, here is the setup: The year is 10191. In this distant future, humanity has long left behind Earth and has conquered the stars, dividing up the galaxy, not unlike the feudal eras in Europe and Asia. There are 14 Great "Houses Majors" altogether, though the story concerns itself with three of the most powerful: House Corrino, House Harkonnen, and House Atreides. The first rules the Galaxy from the Imperial seat; the latter two are the main competition for House Corrino's Golden Lion Throne (I told you, there are some major GoT parallels here).

House Harkonnen are grifters who built their corner of the empire via brute strength. On the other hand, House Atreides has slowly built a mass following of planets and their residents via strong, wise leadership and democratic fairness. As the story begins, House Corrino takes one of the pillars of power away from House Harkonnen, control of the spice planet Arrakis, known as Dune, and awards it to House Atreides, sending them to live there. And then all hell breaks loose.

The trailer arrived with a special live presentation starring the main cast and hosted by Dune superfan Stephen Colbert. As befitting an epic of this magnitude, Colbert had each of the actors go over who they play, from Oscar Isaac as Duke Leto to Jason Momoa as Duncan Idaho. Though fans were less than thrilled to discover an unannounced panel ahead of the trailer drop (only because it meant they had to wait for the actual trailer drop), the build-up helped hype the anticipation for its inevitable arrival.

For fans of Dune who have lived through David Lynch's disastrous adaptation and SyFy's rather unfortunately dull one in the last 40 years, the good news is this trailer seems to capture the heart of the book. Dune is a science fiction story, with technology and space travel. But it's also a mystical one, with psychic connections, visions of the future, and the journey of a messiah. Most importantly, it's a coming-of-age story that might be even more relevant today than 55 years ago when it first arrived.