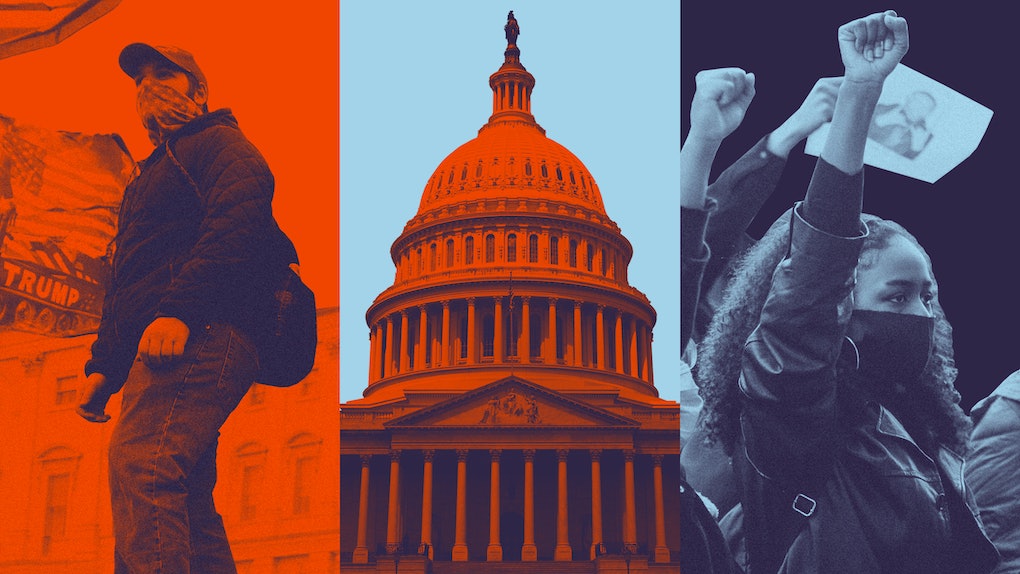 On Jan. 6, many Americans watched in shock, horror, sadness, and anger as supporters of President Donald Trump breached the U.S. Capitol building to disrupt the certification of Electoral College votes. More specifically, these rioters stormed the Capitol apparently in hopes of blocking the transition of power from Trump to President-elect Joe Biden and Vice President-elect Kamala Harris. Many Americans were horrified to witness scenes of violence and fear at our nation’s heart in a building meant to be sacred to the ideals of justice, equality, and freedom. As a Black American, I watched with outrage, but not with surprise.

As pro-Trump rioters invaded the Capitol building, forcing legislators to evacuate or hide beneath seats, the police present largely withheld the use of force. Images abounded of overwhelmed security officers retreating from the crowd without challenge, and even taking selfies with the rioters. Watching, I thought to myself: How could the police be so unprepared to stop these rioters, and so unwilling to use force? If the “protesters” at the U.S. Capitol had been Black people protesting racism, I have no doubt they would have been met with violent retaliation.

In 2020, Black Americans and allies organized, protested, and advocated for Black lives — and we were pepper-sprayed, jailed, and killed. In June, during the height of the Black Lives Matter protests, I rushed home to my Los Angeles apartment. As I drove, a high-pitched sound emitted from my phone warning me of an impending curfew. While nervously keying into my apartment, I heard helicopters flying overhead blaring the same message over and over again: “It is now curfew, stay in your residence.” Around the country, those who broke curfew were met with violence and assault, in some cases even as they tried to comply with officers’ orders.

Every single one of the five protests I attended during the summer of 2020 proved to be peaceful. Despite this, police were omnipresent. At one protest, 20 police cars followed us as helicopters traced our route and military tanks lined the streets. We’re citizens advocating for our right to live, I thought, and the police are treating us like animals. As I marched with my fellow protestors, I could feel police closing in. When Black people protest, we are surveilled with the assumption that our self-advocacy is violence, with calls for “law and order” framing Black people and our lives as adversaries to American safety. Yet, when white people feel erroneously slighted because they didn’t win a presidential election, they’re allowed to throw a violent public tantrum with no intervention.

What happened at the Capitol is the natural result of the U.S. government granting endless space to white rage and white violence.

Where were the police at the U.S. Capitol? Perhaps they were trapped behind the assumption they should not expect violence from white people, even when that violence was clearly telegraphed. Police intervention is unevenly deployed along the axis of race: Black people are killed by police for being perceived as violent, even when they are acting peacefully, yet white people are understood as non-threatening and safe despite the circumstances. White people are allowed to wander the streets openly armed, and they’re able to incite the institutional violence they themselves are protected from. American history understands white violence as a sacred right because America was created by force and subjugation — of Indigenous people, of enslaved Black people, of those who oppose a racist status quo. In the United States, we don’t want to examine the origin of systemic oppression, and as a result, the racist history of policing continues to haunt us.

What happened at the Capitol is the natural result of the U.S. government granting endless space to white rage and white violence. An overwhelmingly white police leadership has refused to rein in white supremacist violence, or acknowledge the existence of racism within policing. White police violence against Black people goes unpunished, while Black protests against that very violence are ruthlessly suppressed. Meanwhile, President Trump has told his followers to “be wild,” “never concede,” and “stand back and stand by” — all dog whistles inciting the kind of violence Americans saw on Jan. 6. After being pushed by his colleagues to quell the violence, Trump released a now-deleted video to Twitter. While half-heartedly calling for law and order, Trump said to the rioters, “We love you, you’re very special.” America allows white people to exist in nuance and context — even in the midst of terrible and unconscionable behavior, whiteness is always granted the space to be heard and to be seen as human. Black people are never afforded this. When we express our dissatisfaction with a government that continues to harm and traumatize us, our anger is violently silenced.

This is exactly who America is.

The events of Jan. 6 are not new, and we should not talk about them like they are surprising. During the 2016 Oregon standoff, a “militia” of heavily armed white farmers seized a federal building, yet police worked with them amicably and sought a peaceful resolution to the unrest. That same year, demonstrators protesting the police killings of Black men Philando Castile and Alton Sterling were met with police in riot gear, and hundreds were arrested. There are hundreds of other examples. Black Americans’ peaceful protests are viewed as inherently violent not because of what they do, but because of who is doing them.

In the aftermath of the riot, we will all hear messages echoing the idea that “this is not who we are.” But this is exactly who America is. We are a dystopian society founded on white supremacy and inequity. Perhaps it’s fitting the attack was on the Capitol — the symbol of what America wants to believe about itself and its ideals of justice, equality, and freedom. If Black people attempted to breach the Capitol, we would have been arrested, tear-gassed, and killed under the guise of safety and national security. Yet, we are willing to allow our democracy to fall for whiteness. It is time for the United States to see itself and to know itself. America is not loyal to democracy if it is only faithful to white supremacy, white rage, and white interests.

As the events at the Capitol sink in, I keep thinking of the viral tweet from Rev. Jacqui Lewis, in which she said we live in a country that “treats Black grief as a threat and white rage as a sacrament.” America is built upon white rage and vitriol, and until we begin the work of truly reckoning with our historical origins, we will never move forward.