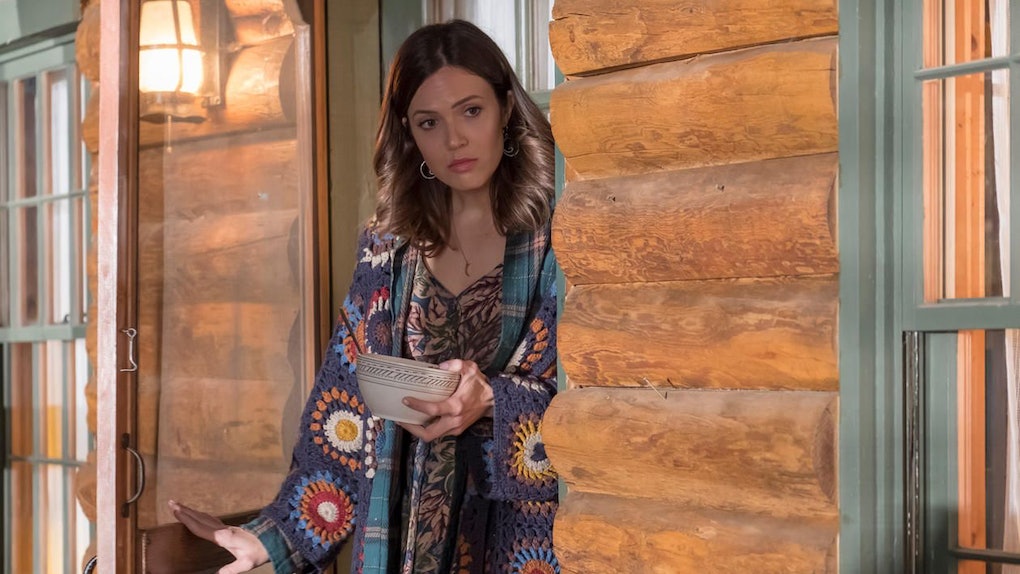 After three seasons of diving into the past to explain the present, This Is Us has moved to the future. But that doesn't mean the show is leaving the past behind. It just lets the series be self-referential. For instance, the show has started adding little easter eggs, like the photos in the piano bench in the "Storybook Love" episode, which were taken during the series premiere. Now the show has another deep cut for fans with the cabin in the This Is Us Season 4 fall finale. If you thought it looked familiar, you should. Warning: Spoilers for This Is Us Season 4 follow.

When Rebecca gets lost on her trip to the bakery in the Season 4 fall finale, fans thought she was out and about ahead of the Thanksgiving meal. But this was misdirection. She was on the East Coast, and she was lost, but not before Thanksgiving. This was a day nine months into the future, on the Pearson Big Three's 40th birthday.

But fans didn't know that when the cops agreed to drive Rebecca home. They expected the car to pull up in front of Randall's townhouse. When instead, they arrived at a small cabin in the woods, fans were confused. Where had Rebecca told them she lived?

But for eagle-eyed fans, this might have been a different sort of moment of panic, because Rebecca knew this cabin. Her jumbled memories might have pulled it up from the summer of 1990 when the family last stayed there.

When Kevin opened the door, it was a relief. Rebecca wasn't at the wrong house. But once inside, the rooms only confirmed what fans might have guessed.

This was the cabin from the Season 2 episode "The Fifth Wheel." Known to fans as "The Therapy Episode," it's considered one of the show's tour-de-force hours, as the main cast sits down together and hashes out their emotional traumas. The show intercut the therapy session with a flashback to a time when Kevin felt left out of the family, the "fifth wheel." That was the summer Jack rented a cabin in the woods and took Kate and Randall out there all summer, while Kevin was at football camp.

Considering Kevin's feelings about this place and that summer, it's a fascinating choice that this is where he and Kate are celebrating their 40th birthday. It also raises a lot of questions. Is Kevin renting it? Or did he buy it, and this is where he and his fiancée now live on the East Coast?

But it might not be Kevin's, either. Considering Kate fills out the paperwork for Rebecca, this could be her place, maybe where she's living once her marriage dissolved. Either way, it's a heck of an easter egg planted in the center of a flash-forward chock full of twists.

More like this
10 Questions The ‘Schitt’s Creek’ Finale Left Unanswered
By Rachel Varina
When Will 'Riverdale' Season 5 Return In 2021? Its Mid-Season Break Is Long AF
By Rachel Varina
'The Witcher' Season 2: Release Date, Cast, Trailer, & More Info
By Ani Bundel
Stay up to date