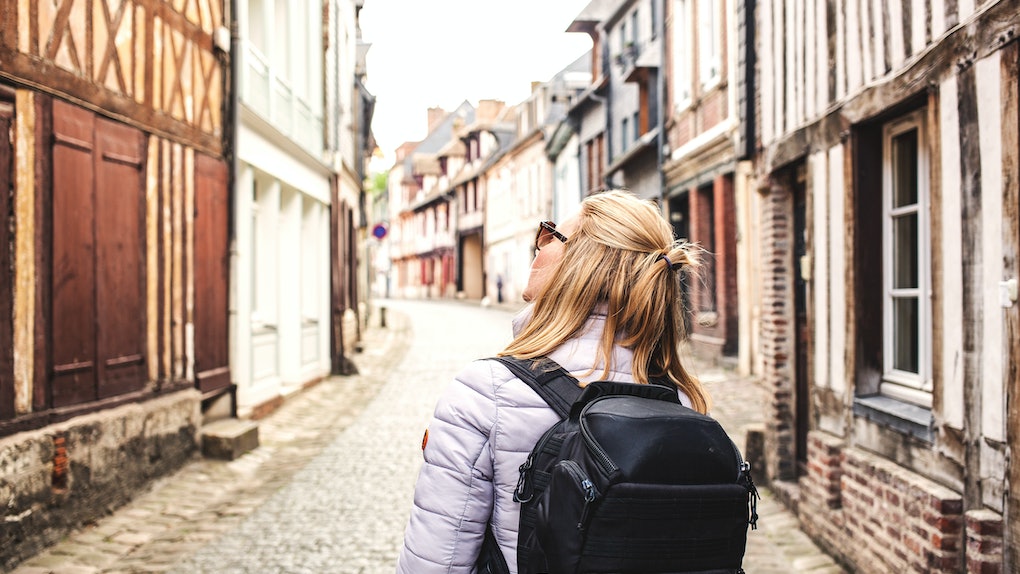 The Best Weekend Trips In Europe, According To Former Study Abroad Students

Though I'd like to think I've made up for it since then, one thing I wish I did during college is study abroad. In my opinion, traveling is such an important part of personal growth, and being able to do it in college just makes that time of your life even more special. From what I've heard, one of the best parts of studying abroad is all of the weekend getaways you can plan. So, Elite Daily asked 12 former study abroad students to share the best weekend trips in Europe they took while they were in school.

From participating in festivals and celebrations like St. Patrick's Day, Frühlingsfest, and Sitges Carnival, to stories of getting caught in the rain in Ireland and missing a flight to Reykjavik, these former students had some valuable insight to share about their favorite memories while they were studying abroad. In my opinion, they totally did it right. They were able to make the most of the time they lived abroad by bouncing around between countries and taking in all the sights.

Whether you're thinking about studying abroad, or you're already abroad looking for some travel inspo, these weekend trips taken by former students should definitely bump their way to the top of your bucket list.

As a college student studying abroad in Barcelona, my favorite weekend trip was one just a quick 30 minutes away. I hopped on the train and arrived at the stunning coastal town of Sitges, just in time for Carnival.

The usually lively nightlife was at its peak with thousands of people donning extravagant costumes and parading down the streets. I joined in, dressed as a sparkly lady bug. Beyond the revelry of the festival, the turquoise waters set the scene for the perfect beach day, basking under the Spanish sun.

I savored some of the freshest fish I've ever had at the local restaurants and took a scenic stroll along the waterfront on the Passeig Marítim before getting lost meandering through the Old Town. Partying it up at the numerous LGBT-friendly bars along the so-called “Street of Sin” with my friends in tow was a highlight of my time abroad.

I did my MBA in Brussels via Boston University International programs and subsequently lived in Belgium until 2012. I did many weekend trips, so it's so hard to pick favorites, but a memorable one was when a group of friends and I traveled to Stuttgart, Germany for their annual Frühlingsfest.

Most of us got dressed up in dirndls and lederhosen, booked a whole table, and drank and danced the entire weekend. We still talk about doing it again! I've also been to Oktoberfest numerous times, but I personally found the vibe at Frühlingfest to be even better. More locals, less tourists, and more affordable lodging options.

Prague is a place where students can afford to live well and travel often. It seemed offbeat and more exciting compared to other study abroad destinations.

My weekend trip to Krakow, Poland offered a blend of old world charm and buzzing energy. The adventure started on the overnight train, which included a three-hour stop that my friends and I spent at a border town pub with locals and fellow travelers. Once we arrived, we spent the weekend biking over cobblestone streets, learning about the city's rich history, browsing antique markets, snapping photos of eclectic street art, and indulging in the epic nightlife.

The true highlight, though, was our pierogi dumpling dinner at Pierozki u Vincenta, a diner adorned with Vincent van Gogh recreations.

I was based in Le Mans, France, and I took one weekend to visit Poitiers, a city in the west of France, known for its historic architecture and a theme park called Futuroscope. With my fellow exchange students, we toured the gardens, churches, underground caverns and a few patisseries before heading to our ultimate destination: Futuroscope.

This place is trippy, a bit like what we would have thought the future would be like from the vantage point of the '80s. You can meet mechanical animals or take "futuristic" rides with robots. And the photo opps are fairly incredible. It's a little like a (sort of) high tech French wonderland. I can't wait to go back.

I studied abroad in London during the spring semester of my sophomore year at NYU. Being so close to Ireland, my friends and I decided to spend St. Patrick’s Day weekend in Dublin. (St. Patrick's Day was on a Thursday so I hopped on the first flight to Dublin after my last class on Thursday.)

My friend and I met up with a really good friend of mine who was studying abroad in Florence but also happened to be in Dublin for the holiday. We stayed at the cutest Airbnb where we woke up to fresh breakfast each morning, and we were only a bus ride away to downtown Dublin. We went to a bunch of bars, enjoyed live music, drank plenty of beer, and visited the Guinness Storehouse.

6. A Birthday Adventure From London To Copenhagen

During my semester abroad in Paris, I took a whirlwind weekend trip to London and Copenhagen. London for flea market-hopping in Notting Hill and Indian food on Brick Lane, and Copenhagen for bike rides, design stores and a big reunion with friends. The best part? The journey from London to Copenhagen took place on my 21st birthday and culminated with a surprise party and the Sensation music festival.

7. A Solo Getaway To Milan, Italy

I was studying in London and decided to do a solo weekend getaway to Milan. As a broke university student, I picked a hostel that offers free breakfast and free salad and pasta bar in the evening, too.

48 hours gave me plenty of time to see the top sights in Milan, from the majestic Duomo to the elegant Monumental Cemetery, with a stop at Chinatown to get bubble tea. But my favorite part of Milan is Navigli, a canal-side hip neighborhood in Milan with quirky street art and flea markets.

8. The Blue Lagoon In Grindavík, Iceland

While studying abroad in London, I decided to meet up with a friend who was in Europe on holiday, and we decided to book an Airbnb in Iceland because we wanted to check out the Blue Lagoon. I completely forgot my flight time and was shopping for a new bikini when I realized that I had miss my flight.

My friend was already in Iceland so I booked another flight (RIP my credit card) and rushed to the airport. Somehow, I made it to my friend despite having no cell service or WiFi in the middle of the night. We woke up early the next day and walked around, waiting for the one grocery store to open.

We ate frosted doughnuts while watching the sun rise over the coastline. Our Airbnb host drove us to the Blue Lagoon and it was very pretty and relaxing but my favorite memory is still eating those doughnuts on the beach. Even though we really only got to spend one full day in Iceland, it was a magical time.

In 2012, I was finishing up my master's degree with a study abroad program in London, a time when days in the classroom led to the best weekend getaways of my life. One experience that crosses my mind regularly is my first solo adventure to Killarney, Ireland — and I went all in.

I went straight from the airport over to some local stables for horseback riding through Killarney National Park. This only warmed me up for the next day's adventure: a foggy, eight-hour summit up Ireland’s tallest mountain, Carrauntoohil, followed by a rainy solo bike ride along what I thought was the Ring of Kerry (Spoiler alert: It wasn't).

With a wet map too soggy to read and farm dogs chasing me when I attempted to find help, I buckled down, figured it out, and flew back to my cozy London dorm a stronger, more resourceful traveler.

Choosing Pau, which is located in Southwestern France, as my summer study abroad location meant easy access to Basque Country, a region rich in tradition and history — and, not to mention, full of culinary delights. While I spent quite a few weekends exploring both the French and Spanish areas, my favorite trip was a rainy weekend spent in San Sebastian in Spain.

Instead of laying out on Playa de la Concha — one of the city's most popular beaches along the Bay of Biscay — I ended up spending most of the weekend eating my way through this gastronomically-renowned city, pintxos hopping (the Basque version of tapas) from one local bar to the next. It's a weekend my belly soon won’t forget!

11. Kayaking On The Soča River In Bovec, Slovenia

I completed my postgraduate degree at the University of Stirling in Scotland. One of the best things about living in Europe was the amazing weekend trips you could take, thanks to budget airlines such as easyJet and Ryanair.

One of my favorite trips was to Slovenia. The small town of Bovec, along the Soča River, is full of adventure. I went kayaking through the crystal-clear waters of the Soča, hiking in Triglav National Park, and canyoning and abseiling in the region’s spectacular mountains and valleys. It's best accessed through Ljubljana, the country’s capital and home to Ljubljana Jože Pučnik Airport.

12. Sightseeing For 48 Hours In Croatia

I studied abroad in Florence, Italy when I was a junior in college. We were constantly on the go, and tried to fit in every trip possible. My favorite weekend trip was definitely Croatia. My friends and I hopped on a bus, traveled 17 hours, and got to explore the country for about 48 hours.

In those 48 hours we went whitewater rafting, cliff jumping, went on a booze cruise, and basked in the sun. On Sunday, we hopped back on the bus and traveled 17 hours back to Florence. We were sunburnt, tired and broke. Pretty sure I skipped class Monday and slept all day, but it was completely worth it.

Some responses have been lightly edited for length and clarity.