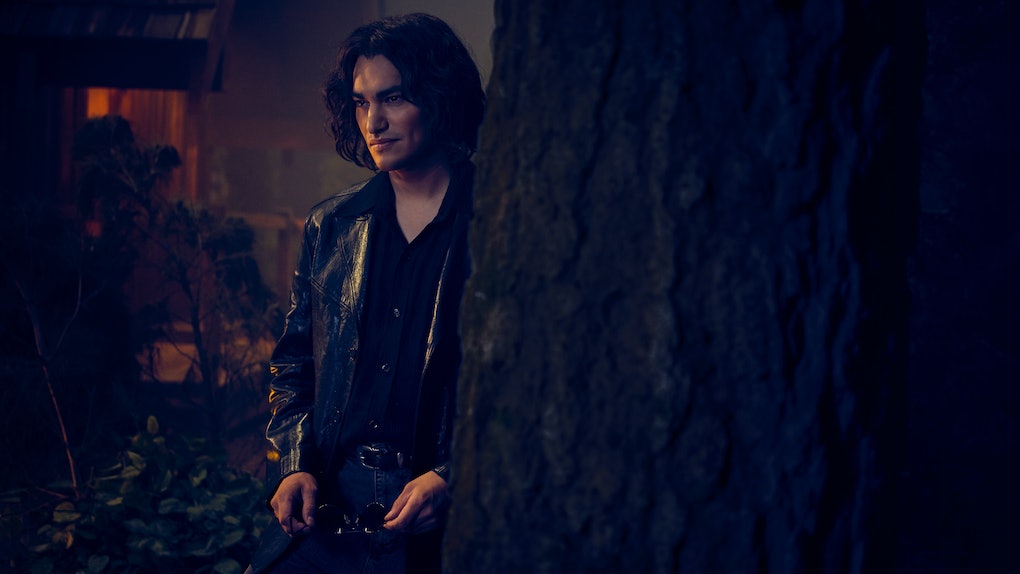 American Horror Story has a hidden twist to it. And as much as fans would like it to be, it's not that all the anthology seasons are somehow magically interconnected. (Well, at least not yet.) The twist is that every season is not the story it seems. There's always something, whether it's Violet's death in Season 1's "Murder House," or the revelation that Season 4's "Roanoke" was a documentary within a TV show, with two sets of casts. The AHS: 1984 Episode 3 promo hints that the twist for this season is coming, and soon.

American Horror Story's newest season started Friday the 13th style. There's a massacre at a summer camp in 1970. "Mr. Jingles" is caught, tried and convicted for the serial killer slaughter. The camp is closed, and the murders covered up and forgotten, until, in 1984, a new group heads down there, in an attempt to escape Olympic madness in their hometown.

But is it really? Because at least one victim isn't staying dead, and another Camp Redwood resident seems to be taking it in stride.

Not that the synopsis is helpful in this regard at all:

Imitation is the best form of tragedy. Coming clean can be pretty messy.

Thanks, I'll take that under advisement. Alexa, add laundry detergent to the shopping list.

As for the trailer:

This week's twist involved that roadkill hiker, Jonas. Last everyone checked, he was dead. Not that the gang smashing into him with their car is what did him in. Instead, while he and his lack of ear were attempting to convalesce, Mr. Jingles came along and slaughtered him for the heck of it. Or at least, that's what everyone was lead to believe.

That's just it though. Jonas didn't stay dead. In fact, he was alive and well, and probably up to something when the other serial killer hanging out at Camp Redwood, the Night Stalker (aka Richard Ramirez), happened to find him.

But then Jonas said the oddest thing.

You’re not supposed to be here! Wait, I don’t die here!

Naturally, the Night Stalker didn't stop to question why someone would say that to him, or the implications of Jonas knowing where Richard was supposed to be or when he dies. As far as he was concerned, neither of these statements were true. He was here, and Jonas was dying here. This was not complicated.

Except Jonas still didn't stay dead. So why does he know where he dies? Is he a ghost time traveler? Are ghost time travelers even possible? Do they ride around in Ghost Deloreans because this is the mid-1980s, or do they prefer the more timeless Ghost TARDIS? I know Margaret went biblical on the subject, but I have questions.

Speaking of Margaret and her religious insanity, the "1970 massacre survivor" also might not be what she seems. He declaration one can use God as a get-out-of-jail-free card was pretty eyebrow raising. Do viewers really want to know what this "something horrible” is she might have done, which God is telling her was totally fine?

Well, of course, fans want to know. Let's hope there are more clues next week.

More like this
The 'This Is Us' Season 5, Episode 13 Promo Promises Some Brotherly Love
By Ani Bundel
Catherine O'Hara's 'Schitt's Creek' Shoutout At The SAG Awards Will Warm Your Heart
By Ani Bundel
The 'Grey's Anatomy' Season 17, Episode 12 Promo Teases A Huge Bailey Bombshell
By Abby Monteil
Stay up to date