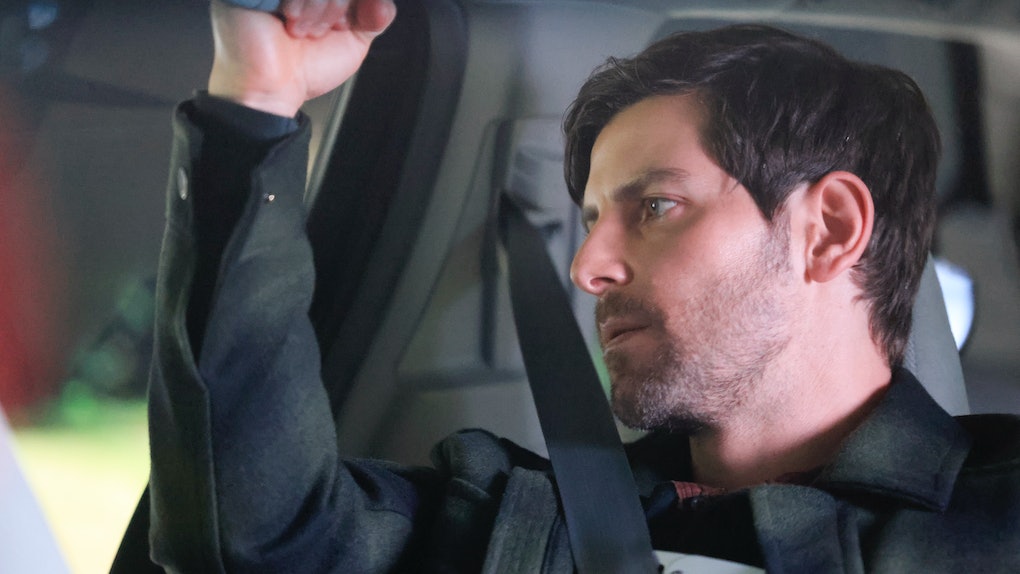 The 'A Million Little Things' Season 3, Episode 2 Promo Is So Hard To Watch

A Million Little Things is back for its third season, and with it comes a whole new set of challenges and mysteries for everyone's favorite Boston buddies. The Season 3 premiere revealed that Eddie indeed survived his car accident, but that's only the beginning of his journey. The A Million Little Things Season 3, Episode 2 promo shows things aren't getting easier for Eddie any time soon.

By the end of the Season 3 premiere episode, a month had passed since Eddie's accident. Eddie (David Giuntoli) finally returned home from the hospital, but his home looked a little different. The accident left Eddie paralyzed from the waist down, so his friends and family refitted his home with ramps to accommodate his new wheelchair. The episode ended with Eddie and Katherine (Grace Park) finally having their vow renewal ceremony and reaffirming their love for each other. But, the promo for the next episode shows there are still many challenges ahead.

In the Season 3, Episode 2 promo, Gary (James Roday Rodriguez) says, "I thought he was doing okay," about Eddie, but other scenes show he definitely is not. In one scene, Katherine leaves Eddie for the day, and he seems to struggle to be independent.

The rest of the promo shows Eddie saying he's not sure if he can continue putting on a happy face for everyone, and it looks like he's in a dark place. But Gary and Rome (Romany Malco) reach out to remind him to "keep fighting and stay in the game." It looks like they mean that literally, since they get Eddie to get back on the basketball court to help raise his spirits. If past episodes of A Million Little Things are any indication, it's the support of his friends and family that will help Eddie the most.