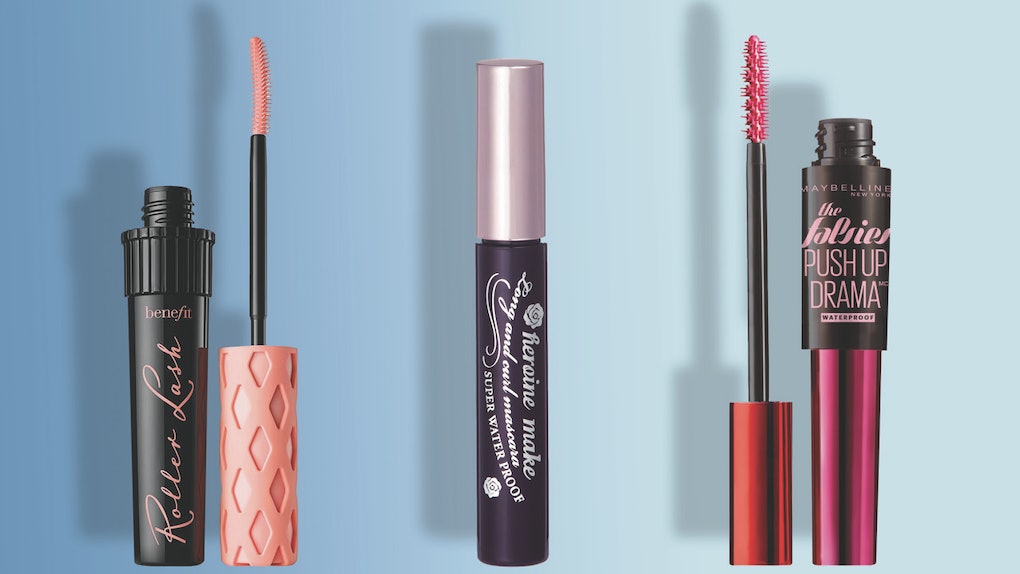 The 5 Best Mascaras For Straight Lashes

Finding a good lengthening or volumizing mascara isn't very difficult — there are literally hundreds of options that'll do a suitable job. But if curled lashes are your main makeup goal, your hunt for the perfect mascara is going to be a lot trickier. Ahead, I round up the five best mascaras for straight lashes according to other folks with straight lashes who swear by these formulas for all-day curl.

But first, a few tips. If you have super straight lashes, you should always start by curling your eyelashes first. Though eyelash curlers might look scary, they literally couldn't be simpler to use — and they really do make a huge difference. The Kevyn Aucoin eyelash curler is a cult-favorite, while others swear by Suratt's Relevee; or, for a more affordable option, this Tweezerman curler will do in a pinch. Next, you might want to consider applying an eyelash primer before your mascara, which should help your curl last much longer. Using a primer can also help reduce smudging and flaking, in addition to making lashes look longer and thicker.

As for the best curling mascara itself? You'll find five incredible picks that devoted Redditors, picky Amazon reviewers, and beauty bloggers swear by, below.

Considered by many to be the best mascara on the market, this cult-favorite pick from Japan is also the undeniable best option for straight lashes. Just like its name says, the Heroine Make Long and Curl Super Waterproof Mascara lengthens and curls lashes using a heavy-duty waterproof formula that will not budge, even if you rub your eyes or go swimming. In fact, it can be so hard to remove that fans recommend buying the brand's special mascara remover, or at least investing in a good oil cleanser. But for short and/or straight lashes, you truly can't do better than this "waterproof mascara on crack," as one fan put it.

"Turns my short, straight lashes super long & curly," one Amazon reviewer wrote. Or as user houseofsonder on Reddit's r/MakeupLounge subreddit says, "Kiss Me Heroine Long and Curl Mascara Super Waterproof version is my entire life. I curl my short, straight asian lashes with a cold curler, throw on a layer of this, and my lashes are curled until I take it off. It's intense."

For an under $10 option, others recommend Maybelline's The Falsies Push Up Drama Waterproof Mascara. When applied at the root, the volumizing formula lifts and plumps lashes for a fluttery curl, though fans encourage using an eyelash curler first for a more amplified effect. And though the brand does make a Falsies Push Up Drama mascara in a washable version, reviewers note it "has to be the waterproof one." Safe for contact lens-wearers, Maybelline recommends using an oil-based cleanser to remove this waterproof mascara.

"My lashes are incredibly stubborn and straight but with Maybelline the falsies waterproof they stay curled ALL day and night," Redditor sammystripes writes.

Benefit's Roller Lash Mascara is another popular recommendation for straight lashes, though this one's a bit more divisive. Fans say it produces and holds a good curl, but don't recommend it for people who are looking for dramatic lashes; instead, this is a great everyday mascara for a more natural look. Reviewers also praise it for its separating and lengthening abilities, and note that it doesn't flake, clump, or make lashes feel heavy or stiff.

"Benefit Roller Lash has been a game changer for me! It gives me the most gorgeous, curled and separated lashes. It’s not great for thickness or volume, but it definitely holds a curl," says Redditor halfstash. "Separates and Curls LIKE A DREAM," one Amazon reviewer echoed.

If you want your curled lashes to last all day, you need the Etude House Dr Mascara Fixer. The waterproof gel, which also contains conditioning and softening ingredients to avoid stiff-feeling lashes, can be applied both under and over mascara to perfect your curl. It also prevents your mascara from smearing or sliding off in humid environments, which is especially useful during summer or if you wear mascara to the gym.

"If you have stubborn straight lashes like me, stop reading now and go get the Etude House Dr Mascara Fixer," raves Redditor serialred. "This is seriously my HG miracle for life, couple coats holds my lashes in place all day and night and you can use any mascara you wish on top, it is literally like an instant perm for your lashes." Another user backs up this claim, writing, "I second this. Étude House Fixer is the best out there to hold a curl on stick straight lashes."