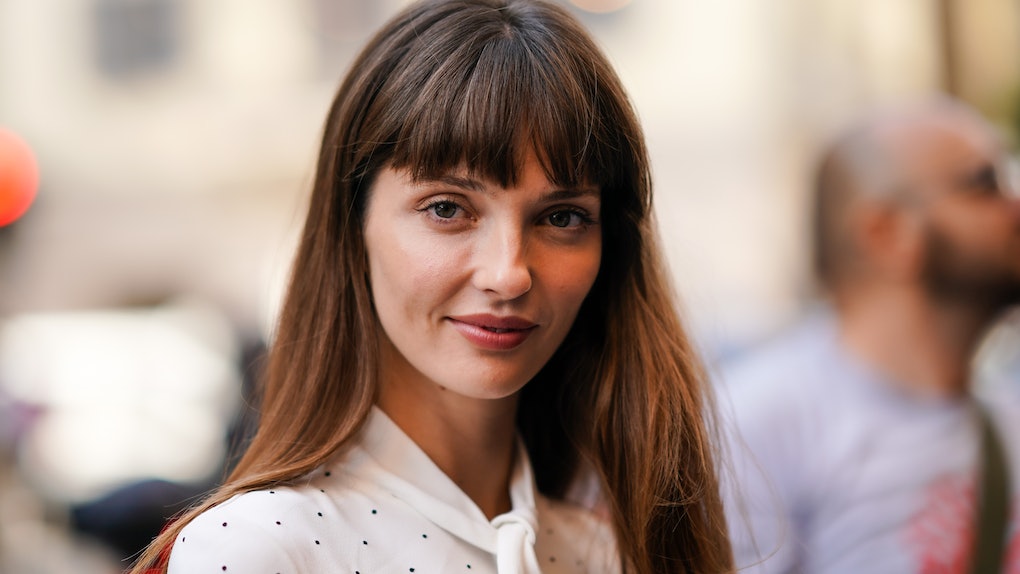 In the pantheon of luxury, cult-favorite beauty products, Crème de la Mer ranks pretty high as a coveted beauty product. Why? It's known as the crown jewel of moisturizers, calming the roughest, most chapped skin overnight. Sea-sourced ingredients, like seaweed extract, infuse the skin with some major hydration. Plus, it smells amazing. The only catch? It's got a price tag of $325 for a 2-ounce jar. So you can imagine the amount of research the internet has put into finding the best Crème de la Mer dupes. Trust me — people have gone deep into finding similar products for cheaper prices.

And truthfully, there are a lot of pretty decent alternatives out there that don't cost the same as a pair of designer shoes. Plenty of brands have created similar formulas that are much more wallet-friendly — and are great options to play around with if you're looking for a similar affect to Crème de la Mer.

Just a note on a lot of these products (and, as a matter of fact, Crème de la Mer itself). These formulas tend to be intensely hydrating, and might not be appropriate for folks who have sensitive or acne-prone skin. But if you're especially dry? Slather on.

Ahead, find the internet's best options for Crème de la Mer dupes. Good skin care doesn't have to break the bank — and these buys are absolute proof.

In an interview with Refinery29, Amber Rose sang her praises for Crème de la Mer — but recognizes that it's pricey. She suggests, however, that if you can't buy la Mer, that Nivea Moisturizing Creme is a close second. And she isn't wrong. While Nivea doesn't contain the algae and acids that la Mer touts as its workhorses, the ingredients lists between the two are very similar. Nivea is a perfect option for folks who don't need all the bells and whistles of la Mer, like the lactic acid and alpha hydroxy acid. Instead, it just works as an intense moisturizer. It's also fantastic for your hands, feet, and elbows — places you'd never want to so slather la Mer on. And at $10 for a 13-ounce tin, you can afford to rub this stuff in anywhere you'd like.

2. A Night Cream That Shares An Ingredient With La Mer

Seaweed is one of the core ingredients in la Mer, but that isn't the only formula it shows up in. Mario Badescu Seaweed Night Cream utilizes the star ingredient with similar effects. While the seaweed in la Mer's formula is fermented to create lactic acid, the seaweed in this formula softens and nourishes. This night cream also contains collagen to plump, elastin to promote firmness and elasticity, and sodium hyaluronate to help maintain your skin's natural hydration levels. Overnight, your skin looks dewier and softer. And at $22 for a 1-ounce jar, this stuff is just a fraction of the cost of Crème de la Mer.

If you're looking to pull out the stops when it comes to hydration, look no further than Weleda Skin Food. This is literally an all-in-one product, giving you serious hydration from your hair down to your toes. You can use it as a moisturizer, or apply a thick amount as a face mask. If you warm the stuff up in your hands, you can smooth it through your hair for extra hydration. Or you can tap a little bit along your cheekbones for highlight, giving you a similar glow to la Mer. This formula is also certified natural and free of synthetic preservatives, fragrances, colorants, and mineral oils. La Mer may be extra luxurious, but this is a bottle that gets all of your beauty needs done.

4. A Moisturizer Packed With AHAs

One of the main reasons people love la Mer is because of its ability to make your skin glow. But Ponds Rejuveness Anti-Wrinkle Cream provides that same glow at drugstore prices. Like la Mer, this moisturizer contains both AHAs and collagen, offering up a plumping, hydrating sensation that is instantly recognizable in your skin. In two weeks, customers saw an improvement in the fine lines of their skin and noticed an overall improvement in texture and tone. And while this moisturizer is intensely hydrating, it's not as dense of a cream as la Mer — so folks with more combination skin might be able to reap the benefits without breaking out. In fact, the formula is hypoallergenic and non-comedogenic, but just make sure to patch test before slathering it from your forehead to chest.