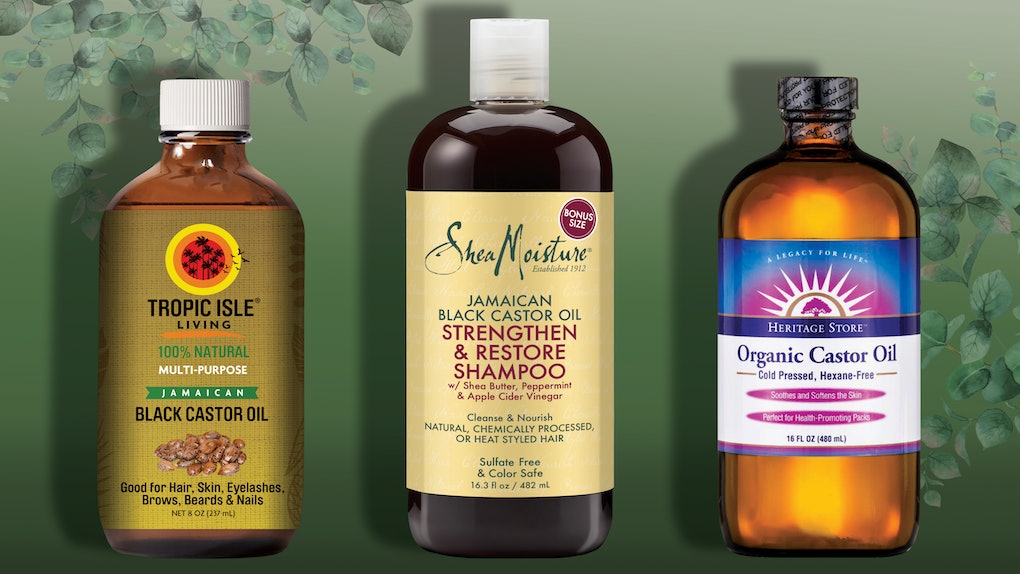 With all of the treatments, supplements, and even gummies out there promising thicker, longer hair, it's hard to establish fact from fiction. A more natural option is always a great place to start, which is why castor oil (derived from castor seeds) has earned itself a newfound popularity. But does it really work? Despite finding thousands of positive reviews and testimonials on Amazon about the best castor oils for hair growth, that's still up for debate.

Before you commit to castor oil, it’s important to point out that there are two differing opinions on its hair-growing abilities, with experts noting there is no scientific evidence to support hair growth claims. However, there are other experts in the dermatology field that believe castor oil can help with hair growth because of its hair and scalp benefits. That means it may not directly cause hair growth but for some people it could help promote healthier, faster growing hair.

So even though it may not make your hair grow to Rapunzel-like lengths overnight, experts can all agree that castor oil deeply nourishes hair because of its high concentration of fatty acids, which might make it appear thicker and fuller. Additionally, it’s antibacterial and anti-inflammatory, which makes it helpful in maintaining a healthy scalp because it can unclog pores and increase blood circulation. And as you may already know, a healthy scalp is the key to healthy hair, so there's really no harm in adding the oil to your routine.

How To Apply Castor Oil For Hair Growth:

There are a few things you’ll want to be wary of before you start applying pure castor oil on your hair. First, because it's an oil, you only want to apply a few drops. If you apply too much, it'll be hard to wash out, leaving you with hair that looks greasy instead of shiny and healthy. After you massage the oil onto your scalp and throughout the lengths of your hair, you can wash it out after 20 minutes, or leave it on overnight.

Secondly, as with any ingredient, there’s the potential for irritation. To make sure you’re not allergic to castor oil, before you apply it all-over, try a smaller test patch on the inside of your elbow to make sure you don't develop any itchiness or redness.

If using castor oil on its own seems too risky, you can also find it in hair masks and shampoos. Trying a product with castor oil in it is a great way to dip your toes into using the oil because it eliminates the DIY aspect, so there's less chance of potential screw-ups.

Ahead, you’ll find four of the best castor oils for hair growth according to Amazon reviewers, that at the very least, will leave you with healthier, more hydrated hair.

1. A Castor Oil Amazon Users Swear By For Hair Growth

With over 4,000 five-star reviews on Amazon, if you’re going to give castor oil a go, this is a solid option to start with. Tropic Isle Living's Jamaican Black Castor Oil is made from castor seeds that are roasted and processed to preserve their vitamin- and fatty acid-rich benefits. The oil can be used for lash, brow, beard, and nail growth as a leave-on serum, hot oil treatment, or deep conditioner.

"I've been using it for a little under two months now, and I've noticed a drastic decrease in the amount of shed hair," writes on Amazon reviewer, adding, "My hair feels a lot thicker now." Another fan of the product notes that it also helps with scalp dryness and itching, writing, "I have suffered daily with [an] itchy scalp to the point where I got migraines and damaged [my] scalp due to constant scratching. I placed this [oil] alone on my scalp, and the magic began — no itching."

If you’re nervous about applying castor oil to your hair, ease your way into it with this Shea Moisture Strengthen & Restore Shampoo & Conditioner combo. Specifically designed to promote hair growth, the duo contains Jamaican black castor oil and apple cider vinegar to clarify the scalp and nourish hair, as well as shea butter to further moisturize and soften. The shampoo and conditioner are also sulfate-free and safe for use on color-treated hair.

Writes one Amazon reviewer, "I absolutely love this stuff. My hair feels so nourished and moisturized without being oily." Another user writes, "I bought this on the recommendation of a friend because I have some thinning hair issues. It really seems to be helping, and the texture of my hair has improved nicely as well."

Using an organic, cold-pressed castor oil is the best option according the pros, and Heritage Store's Organic Castor Oil also gets Amazon users' approval. One fan of the castor oil writes, “After using this for a few months, I can really see a difference in the shine and texture of my hair.” Because it's organic and hexane-free (meaning no chemicals were used to extract the oil), it's also gentle enough to use as a body moisturizer, or on your brows and lashes.

Live Fraîche describes their Organic Eyelash and Eyebrow Growth Serum as the equivalent of a deep conditioning treatment that you'd normally apply to your hair. The brand uses USDA certified-organic cold-pressed castor oil that's designed to be used nightly with its dual-ended applicator (one side has a tiny brush for lashes, and the other side has a spoolie for brows).

Amazon users say that the conditioning formula really works, with one reviewer sharing, “I began to see results within the first week! It’s been four weeks now, and my lashes are not only longer, but also thicker.” Another writes, “If you’re consistent with applying this on your brows and eyelashes, you can see them grow. It’s not a drastic change, but it will enhance the length of your hair.”