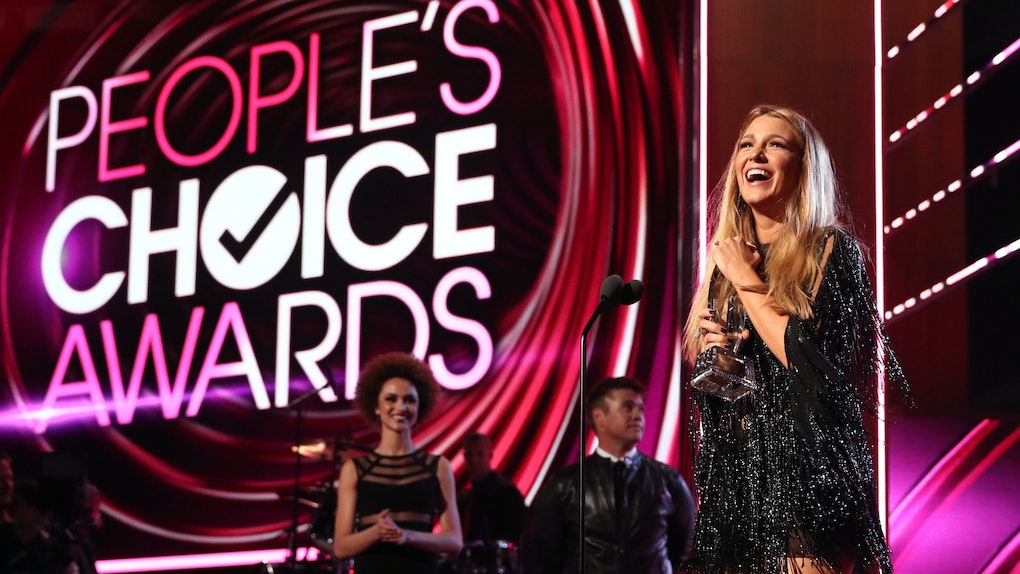 It's coming, movie and television buffs! E!'s 2018 People's Choice Awards are pummeling towards your television and bringing incredible nominees and presenters with it. The 2018 People's Choice Award nominations are truly impressive and include some serious cutthroat competition this year. No pressure, but the cool thing about this award show is the winners are chosen solely by you — the people! 2018 was a massive year for movies, television, and music, and I'm not really sure how the average fan can have this much pressure on them. I'm looking at the list now and don't even know where to start. (Just kidding, yes I do. Crazy Rich Asians and Vanderpump Rules all the way.)

The People's Choice Awards previously aired on CBS, but has officially swapped hands to E!. According to the network, it will have new "E! flare added in for good measure." (Whatever that means.) There are 43 categories and literally hundreds of nominees to sift through. It will also be broadcasted on 17 international channels in 153 different countries, AND translated into 24 languages.

So yeah, it's definitely for the people.

Here's how it works: Right now, there are 12 nominees per category. Fans can vote via pca.eonline.com or on Facebook by including one category hashtag, one corresponding nominee hashtag, and the hashtag #PCAs. You can also send a tweet or retweet including the same information if you prefer to vote on Twitter. On Sept. 14, the top five finalists per category will be locked in. After that, final voting will be open from Sept. 24 to Oct. 19, with results being tallied for the final reveal on the night of the show.

A Wrinkle in Time

Paul Rudd, Ant-Man and the Wasp

Evangeline Lilly, Ant-Man and the Wasp

Melissa McCarthy, Life of the Party

Oprah Winfrey, A Wrinkle in Time

Reese Witherspoon, A Wrinkle in Time

Milo Ventimiglia, This Is Us

Sterling K. Brown, This Is Us

Mandy Moore, This Is Us

Viola Davis, How to Get Away with Murder