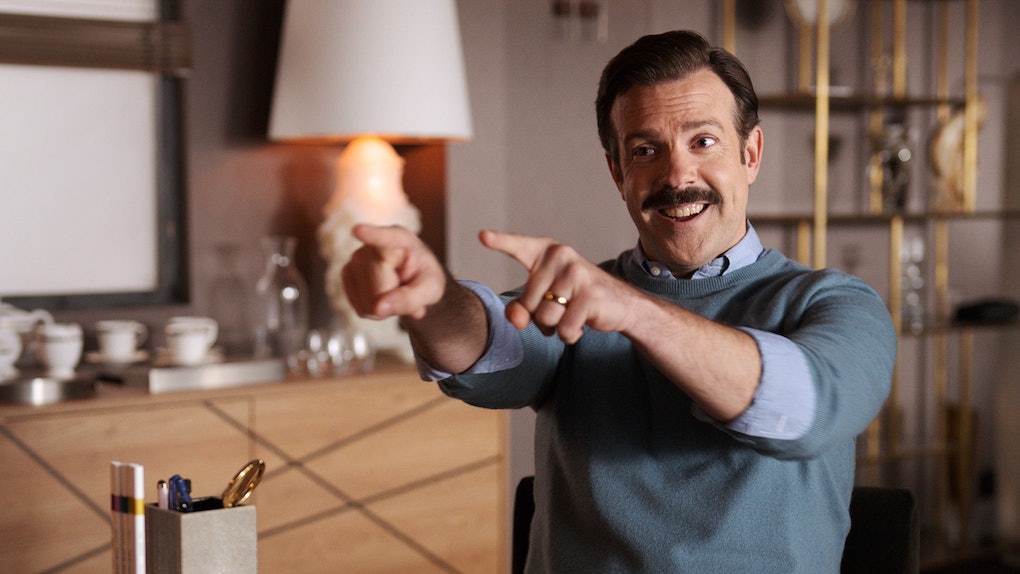 When Ted Lasso was initially greenlit at AppleTV+, it seemed like a bizarre concept for a comedy series. The show was based on a very short-lived run of sports commercials from around 2013 promoting NBCSN airing Premier League (soccer) games in the U.S. Considering shows based on more popular commercials, like the GEICO Cavemen, had failed, how could this succeed? But not only did the underdog series come out a champ, but Ted Lasso Season 2 is coming to Apple TV+ this July.

Like those original adverts on NBC, Ted Lasso stars comedian Jason Sudeikis as the titular football coach — an American football coach, to be clear, until he gets hired by Rebecca Welton (Hannah Waddingham), owner of AFC Richmond, an association football (soccer) team. Despite the mix-up, Lasso figures if he can coach one sport, he can coach the other no problem.

But this fish out of water comedy of two sports divided by a common language has a secret weapon: Lasso himself. The man is sunshine incarnate. He's not just Midwestern, folksy charm on the outside; he's the heart of gold in the American dream. Like a sport version of Mr. Rogers, Lasso turns the failing team around (and gained a ton of fans in the process), making his career, the team, and the show all a success story no one saw coming.

Like Schitt's Creek before it, Ted Lasso has been a slow burn in finding fans. But word of mouth has been strong, especially since Sudeikis started taking home multiple comedy awards for his portrayal of Lasso. With the show's buzz on the rise, AppleTV+ is striking while the ball is hot, kicking out a teaser for the brand-new season heading our way this summer.

Fans who are worried about team turnover in the offseason can rest easy. Season 2 will see the return of the entire main cast to the AFC Richmond roster. That includes Sudeikis as the titular Lasso, Waddingham as Rebecca, Jeremy Swift as Leslie, the Director of Football Operations who is now Ted's right-hand man, and Brendan Hunt as Coach Beard, Lasso's assistant.

On the field, Kola Bokinni plays vice captain Isaac, Brett Goldstein comes back as Roy the midfielder, Toheeb Jimoh will be Sam the right-back, Stephen Manas reprises Richard the left-back, and Cristo Fernández returns as Dani, the team's rising star. Plus, Phil Dunster will return as Jamie, the striker who traded back to Manchester City last season. Nick Mohammed is also back as "Nate the Great." Juno Temple will also return as Keeley the WAG.

On March 4, 2021, Deadline confirmed that Sarah Niles will be joining the Season 2 cast as the team's new sports psychologist.

So here's the thing. Despite how great Lasso is at inspiring his players, the team doesn't win or anything. The Season 1 finale showed them lose to Manchester City. To add insult to injury, the winning goal was scored by Jamie. Ted planned to resign, having failed the team. But Rebecca wouldn't let him. After seeing how hard he worked and realizing what a good person he is, she declared his resignation was not accepted.

Still, it won't be an easy road back in Season 2. AFC Richmond is at the bottom and needs to start by winning promotion to the Premier League before focusing on being the champs. But if there's any team fans can believe in, it's this one.

Ted Lasso Season 2 will premiere on AppleTV+ on Friday, July 23, 2021, with three episodes, before moving to a once-a-week schedule thereafter.