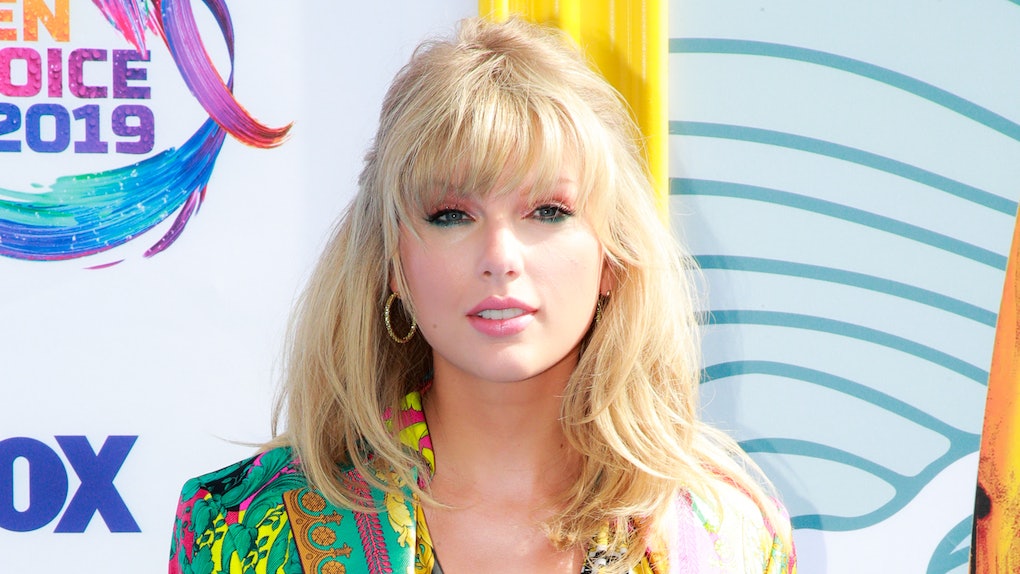 It feels like Taylor Swift has been teasing her new album Lover for a million and one years. Believe it or not, in an age where celebrities literally drop entire albums (with corresponding music videos) at once with no warning whatsoever, Swift decided to go old-school and roll out her TS7 content in a slow drip, drip, drip. First came this era's lead single "ME!" in April. She dropped a second single and music video, "You Need To Calm Down," in June. Then she teased a third track, "Archer," in July. And now it's Aug. 15, there's one more week to spare until Swift finally drops her Lover album, and she's finally sharing the album's title track with us! And let me tell you: Taylor Swift's song "Lover" was well worth the wait, because it's literally one of Swift's most beautiful love songs to date.

Swift clued her fans into the fact that she was dropping another song off of Lover before the actual album dropped while delivering her acceptance speech for the Icon Award at the 2019 Teen Choice Awards on Aug. 11. "I wish I would have known when I was a teen was mistakes are inevitable,” Swift said in her speech. "I think sometimes you think if you try hard enough to make every decision perfectly, you think you can possibly ace life and never make any mistakes. But it’s normal to make mistakes, and I just want you to know if you’re out there and you’re being really hard on yourself for something that’s happened, or messing up or feeling embarrassed, it’s normal.”

I felt that, y'all. And considering the fact that she went on to say that she was dropping "Lover" on Aug. 16, I thought maybe the themes in her speech about not being so hard on yourself and loving yourself whether you make mistakes or not, would play into the themes of the song. "Lover," as in, loving yourself? Well, I was wrong.

The song just dropped, and it's all about, in a lot of ways, it's a classic love, simple love song. But it's one of Swift's most moving. Check it out below.

The song is soft and slow, but has an old-timey feel, like you may have heard it at a sock hop back in the '60s.

With lyrics like, "Can I go where you go? Can we always be this close forever and ever? And ah, take me out, and take me home. You're my, my, my lover," the song is all about Swift expressing her love to her lover.

It's hard not to assume the song is about Swift's current love, Joe Alwyn, who she's been dating for over two years. Actually, she sings the words "I've loved you for three summers now," which all but confirms fans suspicions that the love song was inspired by Alwyn.

Assuming it is, Swift sure seems to be more in love than ever and her fans couldn't be more happy for her if they tried!