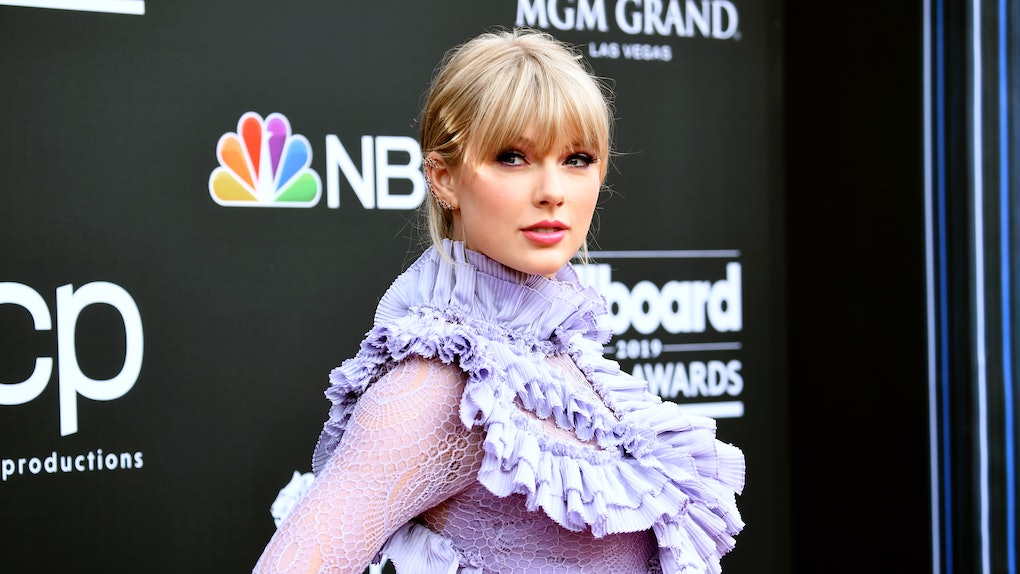 Every day is an adventure when your work is reliant on the internet. Take this Taylor-Swift-leg-washing thing, for example. Never during my four years of studying journalism in college did I think I would one day find myself writing about an internet debate over whether or not people wash their legs in the shower, and then writing about Taylor Swift's response to that tweet about washing legs. Yet, here I am!

Yes, this internet debate is an actual thing. A Twitter user tweeted a poll on May 9 asking if people do or do not habitually wash their legs when they're showering. The results showed that 80% of the responders do, 20% don't. The tweet went viral, prompting lots of Twitter debate over whether legs need to be washed when bathing or not. (For the record, I wash my legs.) To each their own, I guess, but your legs definitely need washing every once in a while, fam...

This debate went so viral, it ended up being one of the questions Ellen DeGeneres asked Swift when she did an interview on The Ellen DeGeneres Show that aired on Tuesday, May 15.

"Did you say you do wash them, or you don't?" DeGeneres asked the "ME!" singer.

"I do," Swift replied. Normal enough answer, right? Cut and dry? Not so fast. Swift expanded her answer, and it's this response that has people on Twitter scratching their heads.

"Because when you shave your legs, the shaving cream is like soap, right?" Swift said. Um... no? Shaving cream and soap are not the same things, girl. But DeGeneres agreed with her! What is happening?!

"So that counts?" Swift added. "Good. I'm on the right side of history then." I mean, technically you are on the side of leg washing, Taylor. But it deeply concerns me that you think you're washing your legs with shaving cream.

You can check out the exchange here.

Swift also inadvertently admitted that she shaves her legs every day.

"I think that's the reason that most women wash their legs," DeGeneres said, "because we have to, because we have to shave our legs." This sparks an entirely different debate about whether or not women need to be shaving their legs every day. For me, the answer is "I will shave my legs whenever I please," but it's true that some women feel the need to keep their leg hair shaved. Swift is apparently of the latter.

"Unless you're not shaving, and then you're not washing," DeGeneres added. I don't think that's necessarily true, like at all. But OK, Ellen!

"So whenever you're not shaving, you don't wash, you're saying," DeGeneres asked Swift.

"No, I don't think I would say that," Swift responded.

"Well, it seems like you did just say it," DeGeneres quipped back.

"But I kind of always shave my legs," Swift clarified.

"Well, I mean, yeah," Swift said back. Oh, honey. What a waste of your time! Free your leg hair! Don't be stressed about the hair growing! Of course, Swift can do whatever she wants with her body, but shaving your legs every day has got to be tiresome.

People on Twitter can't get over the fact that Swift thinks using shaving cream is the equivalent of washing her legs with soap.

Internet, please tell me what you think about this debate. Is shaving cream soap? Should people at least semi-frequently wash their legs (with soap) when they shower?

Good job putting yourself $30,000 deep in student loan debt getting that journalism degree, Kelli! It sure paid off today!