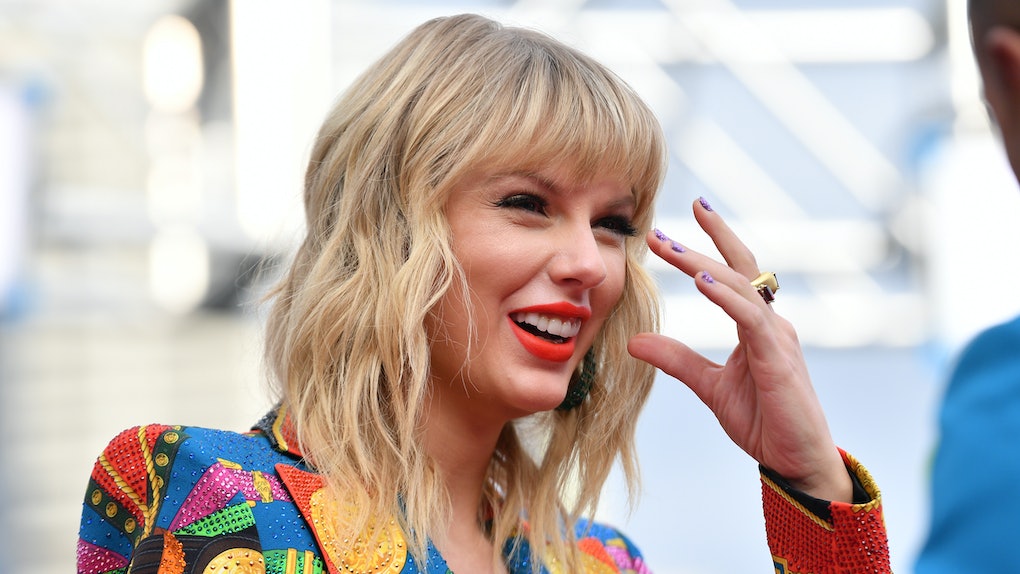 Ever since Taylor Swift blessed the world with her Lover album on Friday, Aug. 23, fans have been itching for her to release tour dates so they can experience songs from Lover live in person. Every song on the album is so good and fans wish they could hear all the songs in concert. They especially want to dance their hearts out to "Paper Rings," sing "Spelling is fun!" at the top of their lungs to "ME!," and cry to the romantic title track, "Lover." Well, guess what? Fans' dreams are coming true because Taylor Swift just announced some tour dates. Yay! Taylor Swift's Lover Fest tour is coming and fans are not prepared because it will be so different than any of her past tours in one big way.

Taylor Swift made the huge announcement on social media on Tuesday, Sept. 17. The tour will begin with a European leg next summer on June 20 in Belgium before Swift travels to Germany, Norway, Denmark, Poland, France, Portugal, she'll make a stop in Brazil, and then hit the United States.

In an Instagram post announcing the tour, Swift revealed that she decided to make the tour dates in the summer because that's what her album represents. She wrote, "For me, the Lover album is open fields and sunsets and SUMMER. I want to celebrate the album and perform it live with you in a way that feels authentic to the music."

Swift also announced that for the first time in a long time, she will be playing festivals. She said, "I want to go to some places I haven’t been, and play festivals for the first time in ages... and where we didn’t have festivals, we made some. Introducing, Lover Fest East and West. Details and additional dates coming soon! TaylorSwift.com." You can see Swift's full post below.

Swift's "Lover Fest West" and "Lover Fest East" dates are her only U.S. tour dates in 2020 (it's unclear if she'll add more, but if she doesn't, fans may have to fight tooth and nail for tickets considering Swift usually tours pretty heavily in the U.S.).

On July 25 and 26, she will perform at SoFi Stadium in Los Angeles, California, and then on July 31 and Aug. 1, Swift will perform at Gillette Stadium in Foxborough, Massachusetts. According to Billboard, Swift will make history as "the first woman in history to open an NFL stadium" when she takes the stage at SoFi Stadium on July 25. You can check the full list of tour dates below.

In case you don't see your city or country in the list of tour dates, don't worry, Swift did say that "additional dates" would be "coming soon," so just be patient. I'm sure Swift will announce more dates in the coming weeks or months. The tour won't start until mid-2020, so you've got plenty of time to prepare to see Swift in concert.

The tickets will go on sale to the general public on Oct. 14. Swifties who are Taylor Swift Tix Verified Fans have a chance to RSVP for Preferred Presale Access starting now.

I'm sure fans are already counting down the days to when Taylor Swift makes a stop in their city on the Lover Fest tour. This tour is going to be so epic and I'm really curious to find out what Taylor Swift has planned for her tour this time around. For her Reputation tour, Swift literally had a giant snake as a prop, so I'm preparing myself for anything.