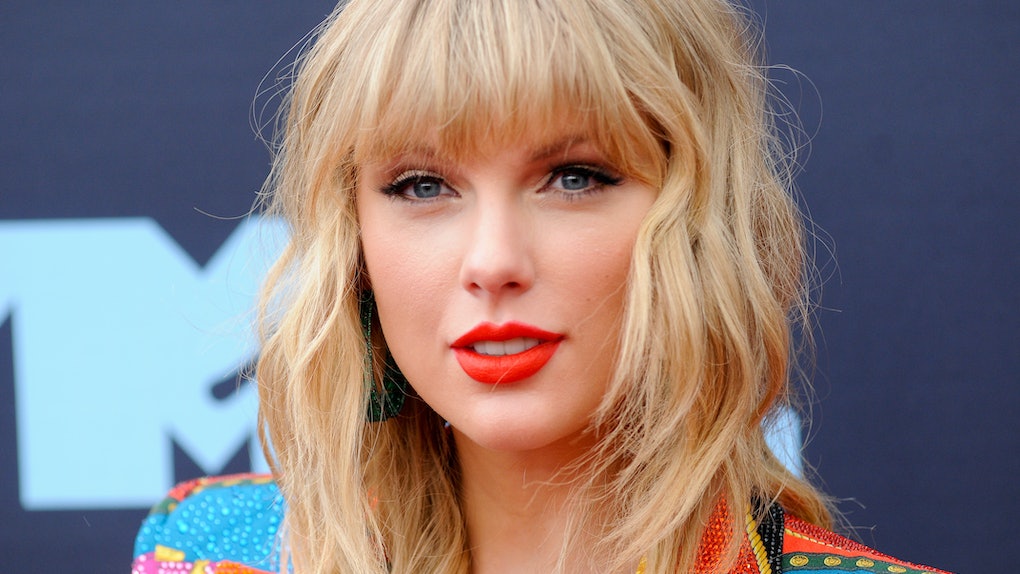 Listen up all you fierce felines: Taylor Swift just dropped a new song and it's completely mesmerizing. Taylor Swift's "Beautiful Ghosts" for Cats is nothing short of perfection The song, which was written specifically for Francesca Hayward's character Victoria, will give you chills in the best way possible — especially when Swift shows off her fake English accent.

Like the overachiever she is, Swift not only stars in the upcoming film adaptation of the hit Broadway musical and recorded the song, but also co-wrote "Beautiful Ghosts" with musical composer Andrew Lloyd Webber. Swift teased the tune alongside a Nov. 14 Twitter video of her in costume, singing, "Follow me home / if you dare to."

Footage of Swift and Webber working together on the ballad was released in a 2-minute featurette on Oct. 26. "There was an ambition and an aspiration to have an original song in the movie," Swift explained in the clip. "Just very much this understanding that, like, let's write the best song that we can."

While Swift sings a studio recording of "Beautiful Ghosts," Hayward will perform the tune on-screen in the movie, which hits theaters Dec. 20. Swift will portray Bombalurina in the film — the dream job for a performer and cat lover like herself.

Now that Swift's version of "Beautiful Ghosts" is here, fans are absolutely loving it. With lyrics like, "All that I wanted was to be wanted / Too young to wander London streets, alone and haunted," the song is all about yearning for an adventurous life the character never got to experience.

But as beautiful as the haunting lyrics are, fans on Twitter were kind of distracted by one thing: Swift's English accent. Considering Cats takes place in London, the accent makes total sense, but it was still a shock to the system to hear it coming out of Swift's mouth.

"ME ON THURSDAY: No way CATS can get any crazier. ME TODAY: Ah but have you heard Taylor Swift’s English 'accent' though?" one fan said on Twitter.

"The english accent taylor is serving through the pronunciation of some of the lyrics in beautiful ghosts though," another shared.

And one enthusiastic Swiftie gushed, "Excuse me but the way taylor sang 'when no one took CHANCES on me' with an english accent omg."

Listen to Swift's version of "Beautiful Ghosts" (and her glorious English accent) below.

More like this
Taylor Swift's 'Fearless (Taylor's Version)' Lyric Changes Are Small, But Meaningful
By Michele Mendez
What Does Taylor Swift's Vault Door Video Mean? Fans Are Decoding It
By Cianna Garrison
These Tweets About Taylor Swift's "Mr. Perfectly Fine" All Ask 1 Important Question
By Sydney N. Sweeney
Stay up to date