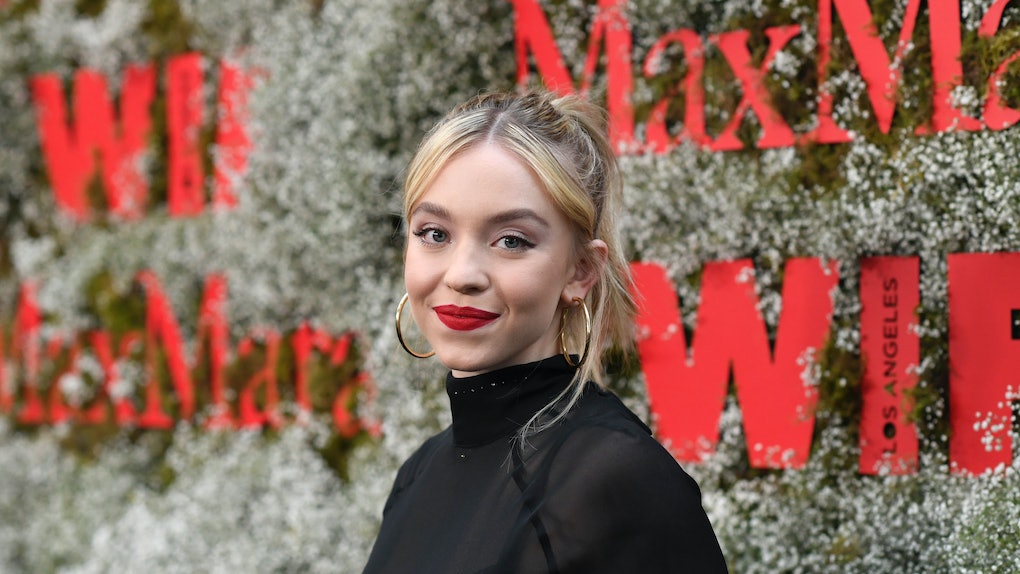 Sydney Sweeney's career is taking off right now, and her next movie role sounds like the perfect scary movie for any and all horror fans. Before she returns to her role as Cassie on Euphoria for the HBO drama's upcoming second season, Sweeney is set to helm a new supernatural thriller that sounds like it will put a horrific twist on a classic story. Here's what you need to know about Sydney Sweeney's new movie Nocturne so you start counting down the days until it premieres.

Nocturne will co-star Sweeney and Madison Iseman as sisters. Per Deadline's description, the movie will center on the younger sister, "an incredibly gifted pianist who makes a Faustian bargain to overtake her older sister at a prestigious institution for classical musicians." Since Sweeney and Iseman are pretty much the same age in real life (Iseman is only about seven months older), it is not immediately clear which actor will be playing the ambitious younger sister.

As mentioned in the film's description, Nocturne sounds like it will be a modern, twisted take on the classic legend of Faust, the man who sold his soul to the devil in exchange for unlimited knowledge and success. Interestingly enough, this is the second recent psychological thriller centered on warring women in the realm of classical music. Over the summer, Netflix released The Perfection, which pit Allison Williams and Logan Browning against one another as rival cellists.

To mark the beginning of filming for Nocturne, Sweeney posted a photo of the movie's clapperboard.

Nocturne marks Sweeney's latest major acting project, following her big breakout role in the HBO teen drama Euphoria, which premiered over the summer. Sweeney has also nabbed very notable recurring roles in The Handmaid's Tale and Sharp Objects, along with a small but memorable role in Quentin Tarantino's latest film Once Upon a Time in Hollywood.

In addition to Sweeney and Iseman, the rest of the new movie's cast includes Jacques Colimon (The Society) and Ivan Shaw (Insecure). Horror-movie juggernaut Blumhouse Productions is behind Nocturne, and the new movie also kicks off the studio's streaming deal with Amazon, which means Nocturne will be available to stream on Prime Video when it is released.

Blumhouse has gained a considerable amount of prestige over recent years. When the studio was just starting out, it made a name for itself as the home of the Paranormal Activity, Insidious, and The Purge franchises. While those films were hits that spawned tons of sequels and spinoffs, they were not exactly held up as artistic endeavors. But that all changed in 2017, when Blumhouse produced the Oscar-winning film Get Out and helped kick off the recent trend of prestige horror movies. Since then, creative, original horror movies like Hereditary, A Quiet Place, and Midsommar have earned critical acclaim, and Nocturne could be the next name on that list.

Since Nocturne is currently in production right now, there is no set release date just yet, so be on the lookout for more info about the movie in the coming months.