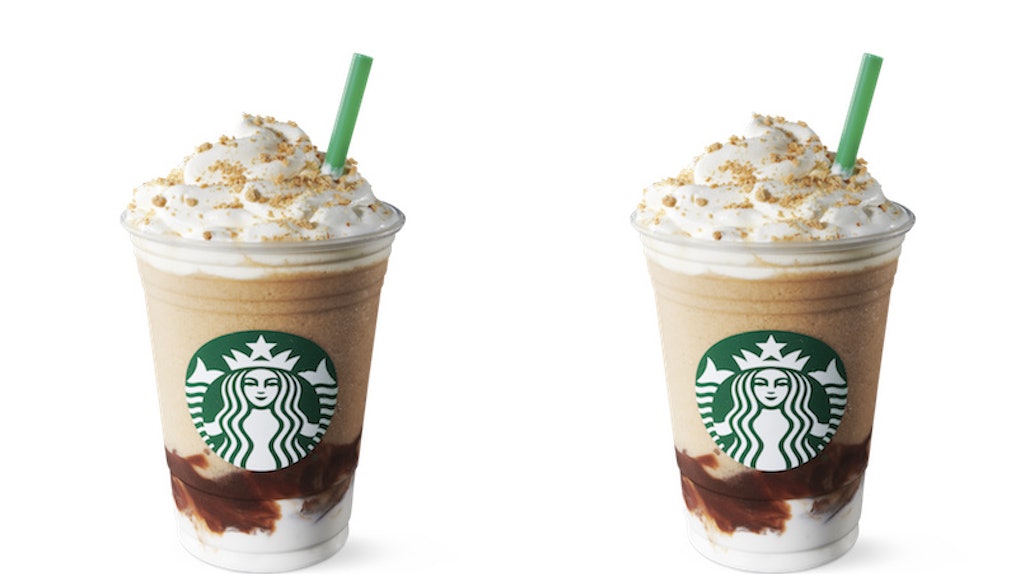 There's nothing more that makes me believe summer is right around the corner than when my favorite spots start releasing flavors inspired by the season. For me, s'mores and summertime pretty much go hand in hand, so it's no surprise that Starbucks' latest release is a nod to the gooey, chocolatey treat. Yep, Starbucks' S'mores Frappuccino for spring 2019 is about to hit store menus so, so soon. TBH, I couldn't be more excited.

In an email from Starbucks to Elite Daily, the coffee company shares that the fan-favorite sip is returning to the menu by "popular demand." It looks like Starbucks first introduced the S'mores Frappuccino way back in 2015, so if you remember this nostalgia-inducing sip, you'll be very excited to hear that you can actually get a taste this month. Yep, according to the brand, the S'mores Frappuccino will be available at U.S. and Canada locations beginning on Tuesday, April 30. That is less than a week, you guys, so let the countdown begin.

If you've never tried the S'mores Frappuccino, get ready for a sip that will transport you right to your favorite summer campfire on the beach. First of all, this drink not only has whipped cream on top, but there is actual whipped cream in the sip. Yes, you read that right — the drink starts with marshmallow-infused whipped cream layered at the bottom with a drizzle of a milk chocolate sauce, and then there is a mixture of Starbucks coffee, milk, and ice, per the company. Then, you get more 'mallow-flavored whip on top along with a graham cracker crumble. Sounds like summer in a cup, right?

If you're thinking any drink that has whipped cream on the top and bottom of it is a natural fit for your go-to order, I am right there with you. Sadly, you shouldn't get too attached to the S'mores Frappuccino, because it won't be around forever. I don't want to be the one to burst your bubble, but according to Starbucks, the S'mores Frappuccino is only around for a limited time, while supplies last. So, I'm being very serious when I say you better mark down April 30 in your calendar, because you don't want to miss out on the first day of this nostalgic sip. According to the brand, a grande size will sell for between $5.25 and $5.45, so you don't even have to shell out a ton of cash for a drink that's basically a preview of summertime.

Given there's a very good chance you'll be missing the S'mores Frappuccino when it leaves menus, I want to fill you in with a bit of good news. Starbucks is actually also releasing two at-home Starbucks products that will give you a similar taste: Golden S'mores Packaged Ground Coffee and Golden S'mores K-Cups.

These at-home Starbucks sips with "marshmallow and graham notes," according to the packaging, should be on grocery store shelves as of April 24. So, if you can't wait to get your S'mores Frappuccino fix until April 30, you can brew a cup of your own Golden S'mores coffee for a little preview.

If you've been noticing the brand has been toying with fans on social media, now you know exactly what they were hiding.

I wouldn't take your eyes off the brand's Twitter, Instagram, and Facebook pages just yet, though, because the brand shares that there could be more surprises on the way. Whatever comes next, just remember to switch up your Starbucks order on April 30, because the S'mores Frappuccino definitely deserves to be your go-to sip while it's here. Happy sipping!