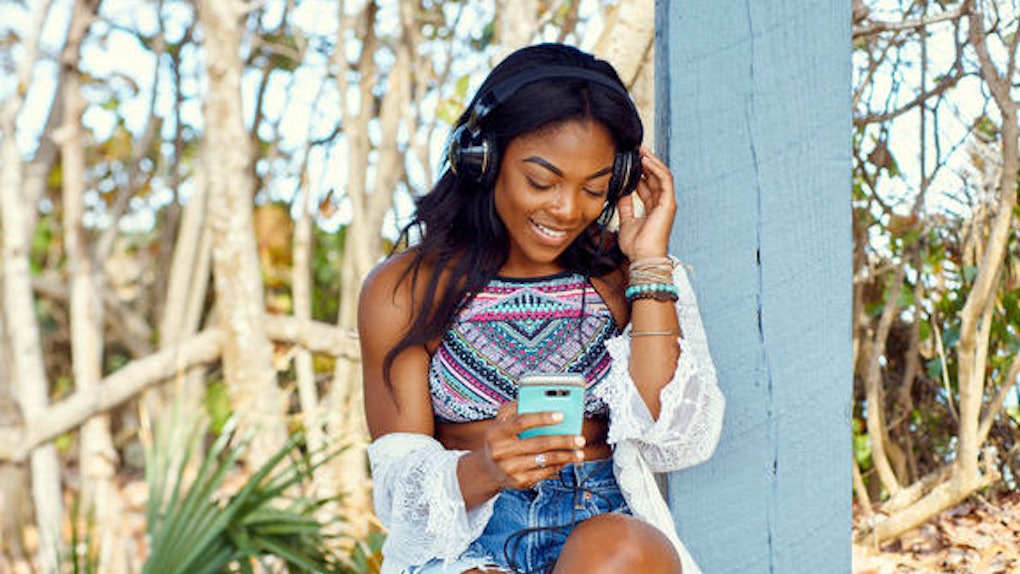 Summer is almost here, and what better way to launch into the warmest season than with some summery tunes? Every summer has its own anthems and soundtracks — for me, 2018 was all about Cardi B and the summer of 2017 featured Dua Lipa in heavy rotation. This year, Spotify has predicted some tracks that might take over the airwaves and your speakers during the summer, and you'll definitely want to check them out for some serious summer vibes. Spotify's 2019 summer song predictions will help you make the best playlists for the months to come.

In a June 12 post in Spotify's Newsroom called "Spotify’s 2019 Summer Song Predictions," the streaming service shared all the new tracks that have a bunch of potential to make great summer bops in 2019. The post also briefly explained about how Spotify picked the songs due to factors like streaming numbers and future forecasting, a process that was explained in more detail in last year's list of summer songs. In that post, Spotify delved into how the company determines summer songs. There are several criteria Spotify looks for in songs before they get the summer stamp of approval, like songs on an upward trajectory which show no sign of slowing down soon, songs with strong chart performance, songs generating buzz, songs that "sound like summer," and songs that just feel right because, according to the blog post, "some songs just have that inexplicable summer magic."

Spotify's summer predictions for 2019 contain several songs that fit this criteria exactly. In fact, the streaming service listed 20 songs in total that will get you set for the season. Here are 10 of the songs, in no particular order, that Spotify believes will dominate summer 2019.

There's no denying that Lizzo is one of the most powerful artists out there right now. Her songs make you feel joy, pride, and the confidence to do whatever you put your mind to. Is there any better vibe or mood than that? Plus the line "I just took a DNA test / turns out I'm 100% that b*tch" from the song "Truth Hurts" is one of the most iconic lyrics of our time. I expect to use it for every Instagram caption this summer.

The song "Earfquake" off of Tyler, The Creator's newly-released album Igor, just sounds like summer. With TTC's smooth vocals, the song's upbeat instrumentation, and the lyrics centered around love and heartbreak, "Earfquake" is the perfect summer song to blast as you're driving around on a summer afternoon.

"The Bones" by Maren Morris is the perfect summer song for all my country lovers. Like any summer evening, the song is dynamic, gorgeous, and emotional — plus, it tells a story. "The Bones" isn't Morris' only good summer song. If you're a fan of this country star, also check out "The Middle" and "My Church" on Spotify for some serious, feel-good summer vibes.

If you're looking to get in your feelings this summer, Bon Iver's new song "Hey Ma" is perfect for you. Like many of Bon Iver's songs, "Hey Ma" is moody, soft, and dreamy. It's perfect to listen to this summer as the sun is rising or setting, during a road trip, or if you just need a relaxing break from all the festivities.

This band's name says it all. "Easier" by 5 Seconds of Summer is a serious power pop bop, and though the music video was filmed in a shadowy cave and dark building, the song will have you feeling nothing but bright, sunny vibes.

In case you haven't noticed, Billie Eilish is absolutely everywhere. Her hit song "Bad Guy," which has over 250 million views on YouTube, is the kind of song that starts off a little slower and then quickly turns into a banger as it picks up a little speed. Plus, the music video will make you want to ride tricycles around the Hollywood Hills with your crew.

What's more of a summer vibe than young, unrequited love in the form of a pop song? Answer: nothing. Shawn Mendes' "If I Can't Have You" has it all — upbeat music you can dance to, lyrics you can probably relate to, and an undeniably sunny vibe.

"Summer Days" by Martin Garrix is the perfect combination of summery music and lyrics that talk about the season. Lines like "I got this feeling on a summer day/ knew it when I saw her face" instantly place listeners in the summertime. Plus, the music video features a lot of sweat, a perfect reflection of how everyone in the summer looks at some point.

Like Bon Iver's song "Hey Ma," Dominic Fike's "Açaí Bowl" is a slower, softer, more emotional summer song, because there's no rule stating summer songs can only be upbeat. Add this to your summer playlists if you're looking for some chill, low-key vibes.

An Ed Sheeran and J. Bieb collab isn't exactly what I expected from 2019, but it honestly makes so much sense that it exists. The two artists came together to create the perfect poolside track that describes feeling bored and isolated at a party, until someone you love saves you and makes you feel less alone. TBH, we've all been to one or two summer parties like that, and "I Don't Care" perfectly captures those vibes.

Check out Spotify's entire Songs of Summer 2019 playlist online or on your Spotify player. May we all find the best anthem for the upcoming season.

More like this
Here's How To Get Taylor Swift's "Fifteen" Snapchat Lens For A 'Fearless' Preview
By Cianna Garrison
Here's Where To Find Spotify Mixes By Artist, Genre, & Decade To Discover New Music
By Lara Walsh
Here's How To Use The "Hey Spotify" Voice Command For The App & Listen Hands-Free
By Lara Walsh
Stay up to date