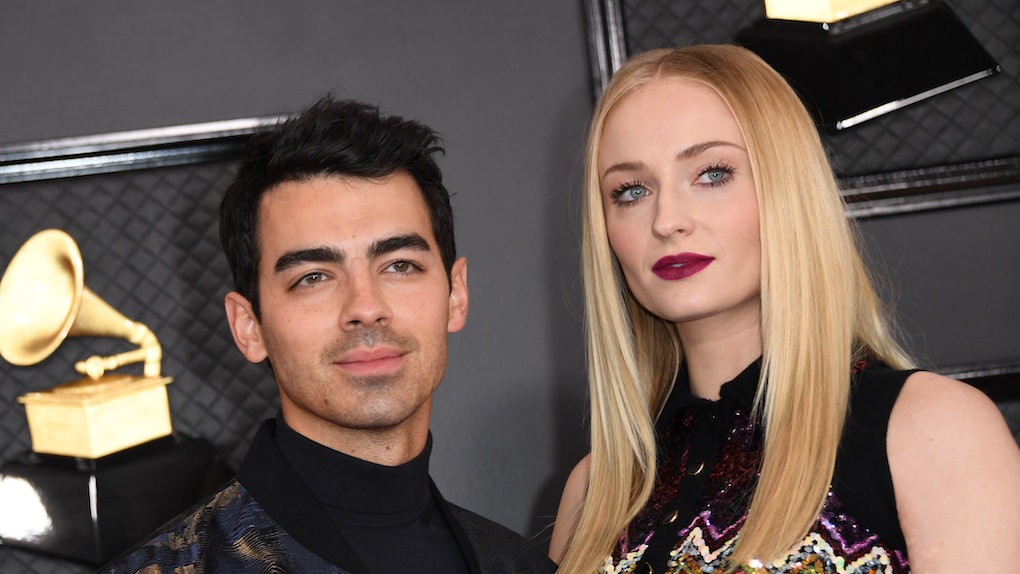 Sophie Turner appeared to confirm speculation around her newborn daughter's with some new ink. While both the Game of Thrones actress and her husband Joe Jonas have yet to share any photos of their new arrival or publicly speak on the subject, Sophie Turner’s tattoo for her daughter Willa seems to be a subtle tribute to her moniker. Here's why fans think the notoriously private actress is hinting at her daughter's name.

Fans might remember both Turner and Jonas were pretty quiet about their new arrival throughout their pregnancy, only officially confirming they'd welcomed a child to Us Weekly on July 27. At the time, a source told Entertainment Tonight, "Joe and Sophie welcomed a baby girl last Wednesday in L.A. and are over the moon."

The source also revealed that the newlyweds were being careful about introducing Willa to other people due to the coronavirus pandemic. "The couple is already obsessed and can't stop gloating about their new addition," the insider added. "The couple is taking time to enjoy this special moment and have only shared the news and updates with family and friends. With the pandemic Joe and Sophie have been very cautious about who is around them and their little girl."

Although the couple hasn't gifted their social media followers any glimpses of their bundle of joy thus far, the Game of Thrones actress has been busy dropping the most subtle hints about her daughter, who is widely rumored to be named Willa.

Case in point: on Wednesday, Nov. 18, the British star took to her Instagram Story to share some photos of her new ink. While rocking a black tee that read "Get Your Emotions In Motion," she held up her wrist to show off a dainty letter "W" underneath the "J" initial she had gotten a couple years back in honor of her husband.

It appears that Turner has been more open to sharing details about Willa in recent days. In addition to posting several throwback pregnancy photos of her rocking her baby bump over the past few months, on Sunday, Nov. 15, the actress finally appeared to confirm her daughter's official birth date by rocking a sentimental gold Jennifer Fisher necklace which was engraved with "22.07.20."

Only time will tell whether the British actress decides to introduce her fans to Willa on her Instagram account, but judging from her latest posts, it looks like she's getting more comfortable publicly sharing some details of her newborn's life.