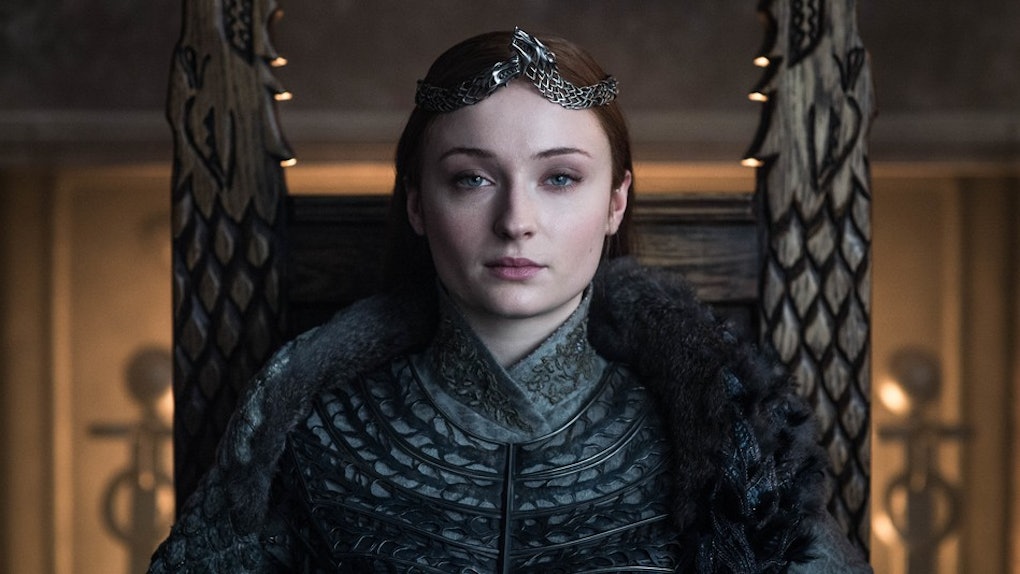 It's hard to say goodbye to any series when it's over, and the Game of Thrones fans are having an especially hard time. It's been almost 10 years and eight seasons of following the follies and foibles of everyone in Westeros, so it's no wonder that audiences were really attached. They were so attached, in fact, that fans who weren't satisfied with the series finale of Game of Thrones have complained about it online and even started a petition to have the show's creators reshoot the final season. The chances of that happening are pretty slim, especially since members of the cast are not into that idea at all. Sophie Turner's response to fans who want to remake Game of Thrones Season 8 is the perfect clapback. Spoilers for Season 8 of Game of Thrones below.

The NY Times talked to Turner about the end of the series, which saw Daenerys take a turn from Khaleesi to Mad Queen and Jon Snow banished to The Wall after he assassinated her. The ending angered a lot of fans who were optimistic about seeing their favorite characters get a happy ending and rule over all of Westeros. But, Turner argues that fans can't always get the exact happy ending they're hoping for. She told The NY Times:

All of these petitions and things like that — I think it’s disrespectful to the crew, and the writers, and the filmmakers who have worked tirelessly over 10 years, and for 11 months shooting the last season. Like 50-something night shoots. So many people worked so, so hard on it, and for people to just rubbish it because it’s not what they want to see is just disrespectful.

Turner makes a really good point. It's easy for fans to demand more from the show when they're not the ones who put in the work to create the show at all. And in fact, fans can look at the shocking twists the series took in the eleventh hour as par for the course of how plot works on Game of Thrones. Turner pointed out that the series has surprised fans like this before. She said:

The thing about Game of Thrones that’s always been amazing is the fact that there’s always been crazy twists and turns, right from Season 1 with Ned’s beheading. So Daenerys becoming something of the Mad Queen — it shouldn’t be such a negative thing for fans. It’s a shock for sure, but I think it’s just because it hasn’t gone their way.

As far as her character's ending, Turner is quite pleased. Sansa ended the series as Queen in the North after having negotiated to make the territory independent from Westeros. The character has suffered quite a bit from a multiple abusive people, so it's comforting to see Sansa back home in the series finale. Turner said:

I loved [the way Sansa's story ended]. It’s the only place that she really, truly feels safe. It’s the place that she’s the most capable of ruling. She would be a fair and loving ruler, and it’s what she’s been striving for this whole series: to go back home, to protect her home. And finally she has that.

Game of Thrones fans might not be happy with the way the series ended, but at least Turner is very satisfied.