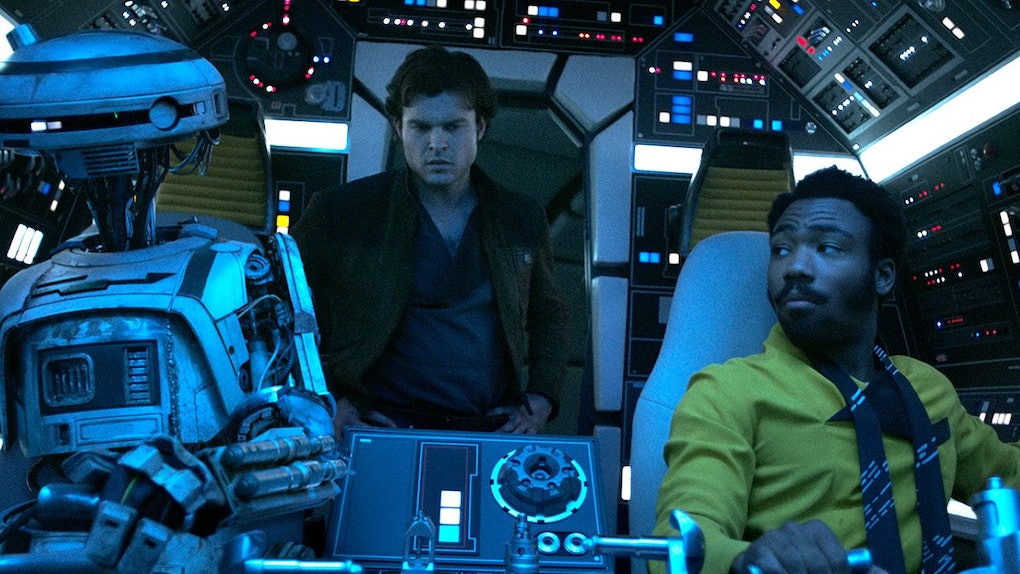 Solo: A Star Wars Story effectively rewrote segments of the Star Wars canon. Originally, Han Solo's story was revealed in novels and comics which were known as the "Expanded Universe." Some of these had been released as far back at 1977 and had been settled fact until Disney erased it all, shifting those writings to the "Legends" category, in order to clear the decks for their own version. But one detail of Han Solo's life which was never settled: The Kessel Run. Now Solo debunked the Kessel Run theory that has been plaguing fans for 40+ years.

So what's so controversial about the Kessel Run fans have been debating it for decades? There's a couple of things, but it basically boiled down to the use of the word "parsec."

When Han snaps at Obi-Wan his ship, the Millennium Falcon, is famous, he says the following line:

It's the ship that made the Kessel Run in less than 12 parsecs.

Scientifically speaking, this line makes no sense. It sounds like Han is boasting about a unit of time. It's like someone saying "I made it up the Jersey Turnpike in less than an hour."*

But "parsec" is a measure of distance. So what was Han talking about? Was he just snowing Obi-Wan and Luke, thinking them too green to understand the jargon? (No, seriously, this is one of the more popular theories.)

In the books, which are now turned to "Legends" Lucasfilm did have writers confirm that Han was not snowing anyone. According to Wookieepedia:

A parsec was a unit of distance equal to 3.26 light years. The system used by starship navigators throughout the galaxy to record the location of star systems was based on parsecs, with one unit on the coordinate scale corresponding to 15 parsecs.

This is basically on par with how scientists define a parsec in the real world. But not all fans bought it.

When it came time to move the moment into canon in Solo, Lucasfilm stuck doubled down. A Parsec is now defined as "a unit of astronomical distance equivalent to about 19 trillion miles" which is still roughly 3.26 light years. When Han says he made the run in "less than 12 parsecs" he's talking about lightyear distance. Because lightyears *sound* like time, it's easy to see why fans, who are not used to thinking like this, were confused.

As for the regular Kessel Run, normal ships who knew the smuggler's path through the Maelstrom regularly run an 18-parsec route, which translates to about 59 lightyears. The 18-parsec version of the route is not easy. The path leads around the area known as "The Maw" (which as viewers learn is a gravity well), through the area of space known as "The Pit," an asteroid cluster encased in a nebula arm, which fans see the Falcon take on their way into Kessel. The Pit's gasses and clusters make it so sensors and pilots both go virtually blind. This is why having L3-37's navigation system was so important to make it through.

The path Han takes to get out is a far more straightforward run directly to Savareen, still through the Maelstrom so the Imperial Forces won't follow. (Or in this case, they'll die trying.) His route cuts out nearly 6 parsecs from the journey, going straight past the Maw. He was able to do this because Beckett injected a few drops of unprocessed coaxium fuel directly into the hyperspace drive, effectively making it one of the fastest ships in the galaxy, able to even outrun a gravity well.

As for the exact distance the Falcon traveled, as viewers heard Chewie say it was really more like 12-point-something. But they made the run in 12 parsecs if you round down, and that's close enough for legend and canon.