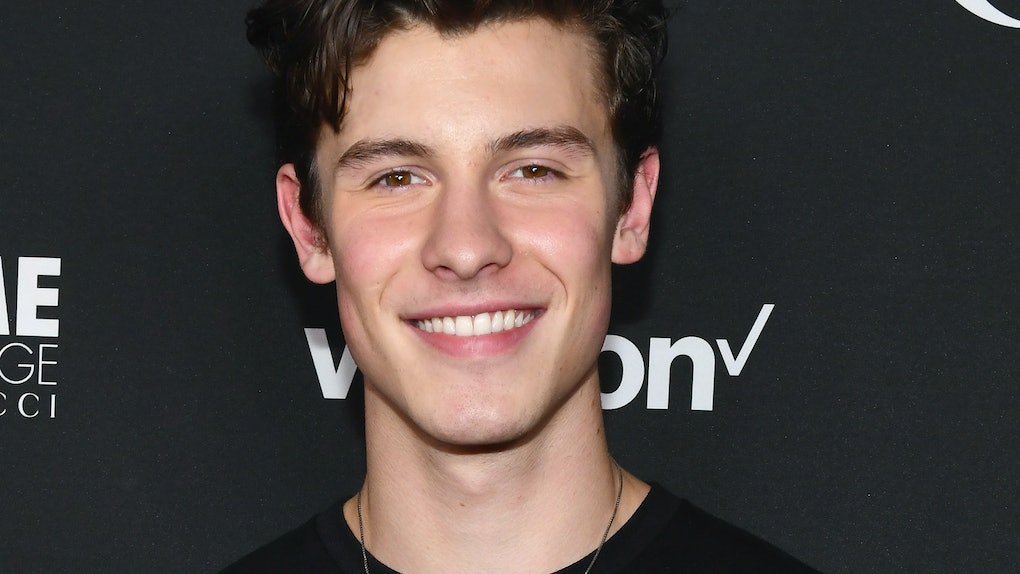 Shawn Mendes' "Lost In Japan" Lyrics Will Make You Want To Book Your Flight, Stat

I have a very important question and I need answers, stat. When does Shawn Mendes sleep? There are only so many hours in the day, and yet, it seems like there hasn't been one award show in my recent memory that the Canadian angel — I mean, artist — hasn't performed at. When he's not performing at some high-profile event, he's making remixes of his hit songs with Zedd, like their remix of "Lost In Japan" they're set to perform at the American Music Awards on Oct. 9. I don't know when he gets it all done! And trust me when I say I'm not complaining. I just want to know his secret, because Shawn Mendes keeps busy. And based on Shawn Mendes' "Lost In Japan" lyrics, he still doesn't let his busy schedule get in the way of making time for the people he loves.

"Lost In Japan" is all about Mendes missing his bae and contemplating flying hundreds of miles to see them in Japan — because they're worth it, obviously. The first verse makes it abundantly clear from the start that he's willing to do just about anything to see his love.

All it'd take is one flight / We'd be in the same time zone / Looking through your timeline / Seeing all the rainbows, I / I got an idea / And I know that it sounds crazy / I just wanna see ya / All I gotta ask

Then, in the chorus, Mendes reveals he'd fly hundreds of miles to his significant other's hotel, just because he can't get them out of his mind.

In the second verse, it seems like Mendes is trying to convince his SO that it's a good idea for him to ditch whatever he's doing (I'm guessing he must be on some major international tour or something) to fly to Japan and see them.

I could feel the tension / We could cut it with a knife / I know it's more than just a friendship / I can hear you think I'm right, yeah / Do I gotta convince you / That you shouldn't fall asleep? / It'll only be a couple hours / And I'm about to leave

Honestly, if it were me Mendes was trying to visit, he wouldn't have to do much convincing.

The rest of the song is basically Mendes crooning away about how badly he wants to get lost in Japan with his love.

Okay, now that you've got the lyrics down, you should definitely listen to Zedd's remix of "Lost In Japan." You won't be able to get it out of your mind, which is definitely not a bad thing.

More like this
Demi Lovato & Ariana Grande's "Met Him Last Night" Lyrics Focus On Toxic Love
By Brandy Robidoux
What Do BTS' "Film Out" Lyrics Mean In English? They're About A Past Relationship
By Michele Mendez
How Bahari Became Instant BFFs After Starting Out In Different Parts Of The World
By Kaitlin Cubria
Stay up to date