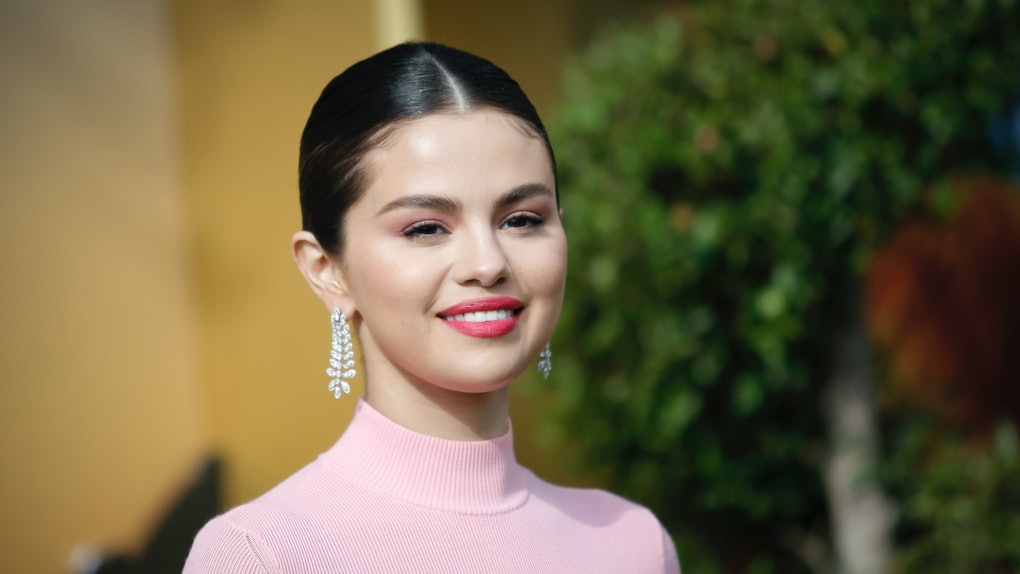 Selena Gomez has her fair share of tattoos. Lots of them are super lowkey, like the number 4 on the inside of her right elbow (a mark that she shares with her BFFs) or the semicolon on her left wrist (which symbolizes suicide prevention). But even though the Revelación singer’s latest inking is as small in size as her numerous other tats, it represents something big. When you find out the story behind Selena Gomez’s new collarbone cross tattoo, you’ll feel so inspired.

In an Instagram video shared by her long-time tattoo artist Keith McCurdy, Gomez is shown cheesing at the camera while showing off the latest addition to her gallery of body art: a black cross tattoo on her left collarbone. The design is totally minimalist, so it’s bound to complement all of her iconic photoshoot and red-carpet looks. But the traditional cross design may have you wondering: Did Sel get this particular tattoo design because it looks cute, or does it have any religious meaning to her?

Well, this isn’t Gomez’s first seemingly religious tattoo — she also has a large thigh tattoo of praying hands holding a rosary, which is usually recognized as Catholic imagery.

However, Gomez has said before that even though she’s spiritual and believes in God, she doesn’t identify with any religious label. “I’ve been a Christian for a while now. I don’t talk about it too much — I want to, but it’s gotten a bad rep,” Gomez told Vogue back in April 2020. “I just want to make it clear that I love being able to have my faith, and believe in what I believe in, and that truly is what gets me through.”

So, while a cross symbol tattoo can be interpreted as religious for some people, it seems to be a symbol of faith and spirituality for the multi-talented star. Gomez has yet to post anything on her own Instagram about the fresh tat — but it’s awesome that she can share her unique beliefs in this way.