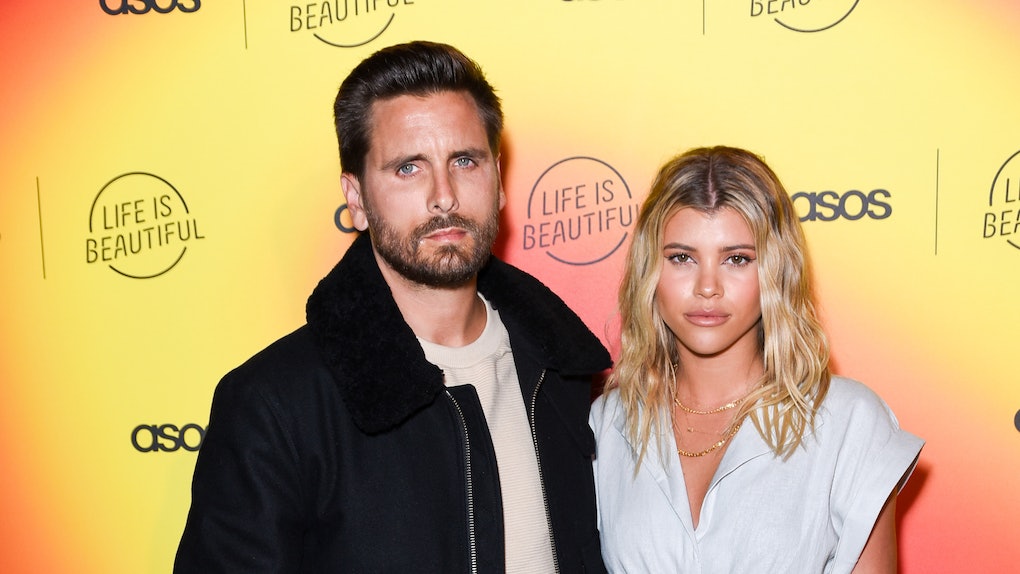 If you were one of the most famous couples on the face of the planet where would you want to live? Well, Scott Disick and Sofia Richie want to live in a $20 million Malibu, California home. The Sept. 22 episode of Flip It Like Disick, the couple checked out a gorgeous 22,000-square-foot lot, complete with a tennis court, a pond, and even a ball room. (OK, technically it was $19,995,000.)

Disick noted that he's "never seen anything like this." Richie was also fully on board, saying that the place was "so beautiful." Disick, who was particularly taken by the place's ballroom, even joked about hosting a party that would rival Anna Wintour's Met Gala. "I mean, who needs to go all the way to New York for the Met Gala when you've got the Lord's Gala right down the street in my own ballroom," he said. "Makes sense!"

Actually, Disick liked the place so much that he could see himself and Richie just roaming around naked around the property all day. I mean, isn't that really the dream, you guys? "We could walk around naked all day," he said. "I could make my own nudist colony here." Richie was fully on board, casually adding that she's "down" as though he'd just suggested something as NBD as having a BBQ next weekend.

The two definitely did seem like they liked the house a lot, but it might be a bit out of their price range. Actually, it wasn't even the almost $20 million price tag that through them off. Instead, Disick was slightly concerned about the monthly upkeep, which he deduced would be around $10,000 a month.

But, according to Richie, even $10,000 a month wasn't even a high enough estimation. "Are you kidding?" Richie replied. "If we're going to have horses, a horse stable..."

Disick was not down for the horse idea, "Horses? We don't need a horse!" But Richie held her own and didn't budge, maintaining that she definitely wants a horse.

At that, Disick jokingly concluded that he was going to be broke.

If you're surprised that the two are serious enough to be moving in together, don't be. Disick has been super transparent about his strong feelings for Richie in the past. In an April episode of Keeping Up with the Kardashians, Disick opened up about how supportive Richie has been of his familial situation.

“Sofia knew going into this that I was extremely close with Kourtney,” he explained. “She was like, ‘Listen, I will never get between you and your family and your children. Just speak to me and make me comfortable.’"

“She’s a better person than I am,” he continued. “I thought for a very long time that I was going to live a very miserable life. I didn’t think that I was going to have happiness again. My biggest thing to Kourtney was no matter who we’re with, even though our children might not see everything, they do feel it and they can hear it and everyone needs to be OK with each other.”